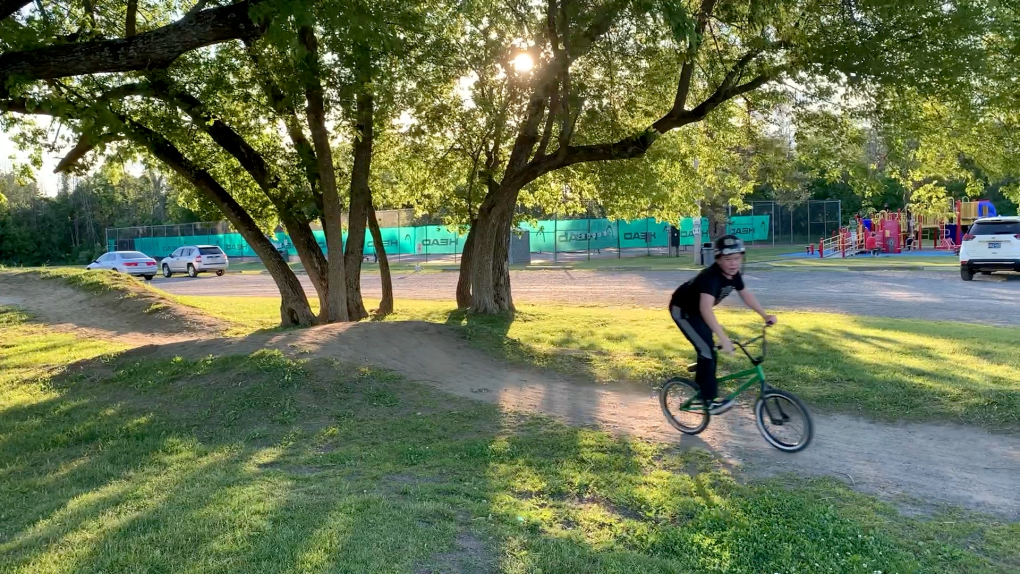 NORTH GRENVILLE -- After a great commitment from their residents who logged over 9.9 million active minutes, north Grenville has been named Canada’s most active community.

"We were absolutely over the moon of course," Peckford said at Riverside Park on Tuesday. "The national challenge was launched in June and we really worked hard to hold onto that lead but at the end of the day we didn't know! We were genuinely excited and very pleased."

The municipality was named one of the 50 finalists for the grand prize of $100,000 in early July.

Deputy Mayor Jim Mcmanaman thanked the formation of a health and wellness committee though council for helping residents get active and win the challenge.

"We have nurses and doctors and fitness people and organizations who belong to our committee so it's quite extensive," Mcmanaman said. "They were 100 per cent behind this, so right now we really want to bask in this glory!"

Mcmanaman said the committee is planning to hold challenges like this quarterly going forward.

"We spoke to the CEO of participaction, he gave us some suggestions and is going to give us some support on how to do this quarterly in North Grenville so it doesn’t just become one month kind of deal," Mcmanaman said.

Even being in a rural setting didn't hamper the results, where staying fit and active can be more difficult, with amenities like parks and pools more spread out or sometimes missing all together.

"They did an amazing job for a community of that size," said Diana Dampier, senior director of projects and stakeholder relations with participation.

"They had almost 2200 people tracking individually and they had over 20 local organizations from pre-school up to senior centres and everything in between participating, hosting free events. They did really well," Dampier said.

"The challenge is not just based on minutes, it also considers population and also considers other factors of engagement so overall they really blew it away they did an amazing job," she added.

Dampier added the municipality beat out larger cities like West Vancouver and Toronto with their consistency.

"The percent of their population they were able to engage, the number of organizations, and also their consideration for how to make sure their programs and events were accessible to all populations," she said.

Organizations like Madison Montessori academy, which logged around 200 thousand minutes, and at Kemptville public school where physical education teacher Robert Matheson made it fun to be active.

"A lot of them dragged in their extra brothers and sisters, moms and dads and grandparents to join in which was awesome," Matheson said. "I had parents email me and said that their kids weren't doing virtual learning but they wanted to join the class because they heard it was fun."

Jim Neubauer of the Kemptville community tennis club president said he's seen a rise in memberships thanks to the challenge.

"We have probably 40 percent of our members new this year as a result of trying it, and our kids camps were also sold out as a result as well," Neubauer said, who personally logged between 150,000 to 160,000 steps per week.

"We're almost at sort of a lull now, what's next and how do we keep it going and you want to keep checking out your Fitbit and log your minutes and keep active," he added.

Dampier adding that during covid-19 it's been important to stay active physically and mentally.

"Covid-19 had a big impact on physical activity levels, they declined, we know that metal health levels were impacted as well negatively,' she said. “Physical activity can benefit not only the physical health, but also the mental emotional social health."

"Initiatives like this are hugely important I think to get Canada active and being outdoors has even additional benefits for mental health so it was time I think people were ready for something like this," Dampier said.

The $100,000 grand prize can only be spent to support physical activity throughout the community....

"We want to distribute that money around the community so not just in our central park here at riverside, but also in our rural hamlets where we do have little parks and sometimes they don't always get the love they need," said Peckford.

"There's a skate park behind us begging for some upgrades so there's been lots of suggestions from the community already and we look forward to getting their input," she added.

"Just thank you for stepping up and following us along to get this thing done it's really cool," added Mcmanaman.

"You're doing this stuff, I go 5k everyday with my wife with the dog, you don't' know what everybody else is doing until you run into a few people but you know when you hear that we did 9.9 million minutes for a small community, and I think that averages about 600 minutes per person, that's pretty amazing," he said.