New Ottawa vacation spot takes guests back to the 1970s

OTTAWA -- Hidden behind the vines at Kin Vineyards in Carp sits a getaway that will take you back to the 1970s.

Vintage Hideaway is a set of three renovated vintage air stream trailers available for bookings. The creators of the new vacation spot inside the city say the idea for the getaway was born out of the pandemic as a way for people to gather in an open air setting with their own sleeping arrangements.

"It's a slower pace outside of the city, and you go back in time to when you played games with your friends, talked around the campfire, and woke up slow," says co-owner Jessie Schenk, who says their team is seeing rural destinations as a new sought after experience.

"Because we're so close to the city, you can get here on a Friday after work, stay until Sunday, and not have to do a lot of travel," says Schenk, who says guests are describing the new attraction as a little slice of Prince Edward County in Ottawa. 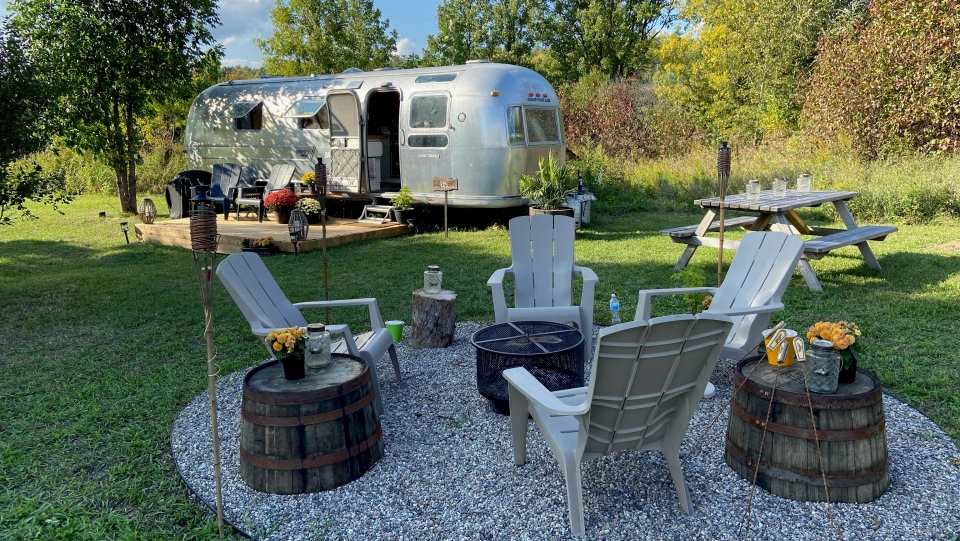 The trailers are parked behind Kin Vineyards, which are open for guests to tour, and attached to Joe's Italian Kitchen, which is also walking distance from the hideaway site.

The trailers were refurbished by Schenk and her partners, with two offering sleeping space for four people, and the third billed as a honeymoon suite for two. Indoor bathrooms, running water, and electricity are included as onsite amenities. Porches, fire pits, and lawn games are also available. Each trailer costs $300 per night to book.

"I think it's an amazing idea," says Katie Hession, who was just spending the night, celebrating a friend's birthday. "Now we're able to have these small gatherings and this is one of the first times I'll be getting some of my close friends all together. It's great that we've got such an open air space to hang out in."

Hession says the new spot is a perfect mix between traditional camping, while still having access to modern comforts.

"Some of us are maybe more experienced campers than others, so we're able to come here to get that camping experience but it's a little more glampy." 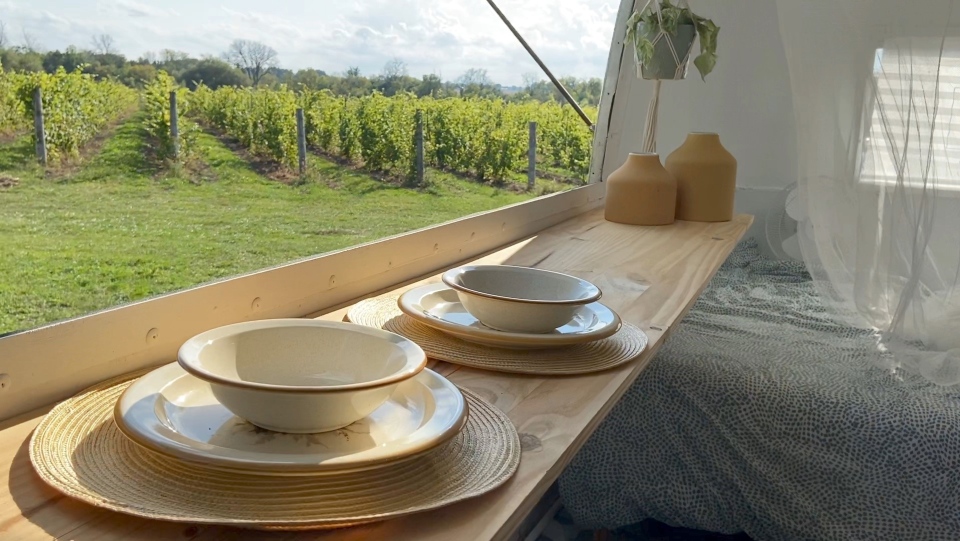 Vintage Hideaway has been open for about a month, but plans to close for the season by Halloween.

"We're booked solid for the weekends," says Schenk, who adds weekday slots are still available. "We'll open bookings for 2022 in October and hope to see a lot of traction from May to October next season."