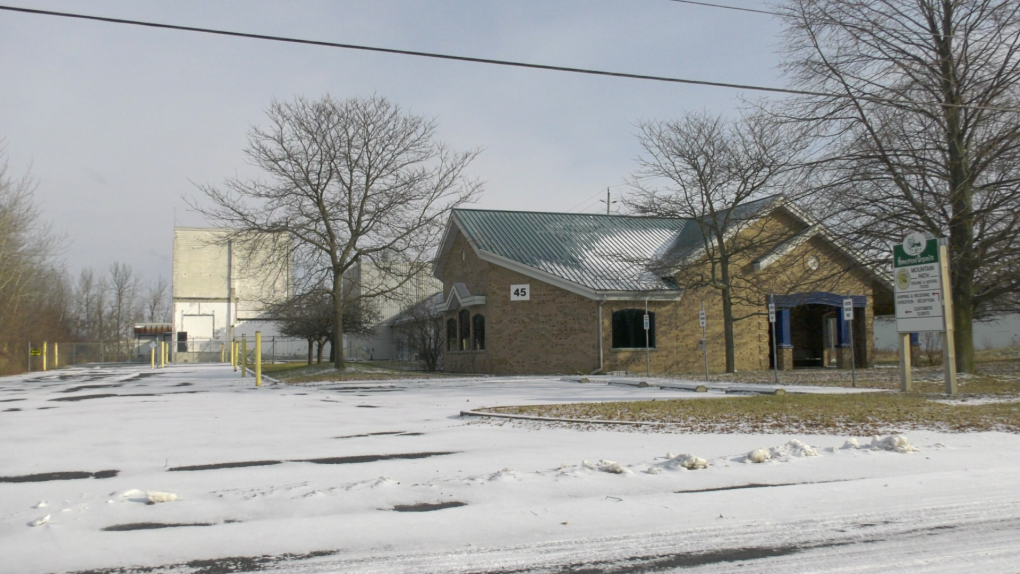 A proposed cannabis facility 80 kilometres south of Ottawa is raising concerns among businesses and residents about the possible smell it might produce.

The building at 45 Allison Avenue in Morrisburg, Ont. currently sits empty, but a proposal in front of South Dundas Township Council states it could become a cannabis production facility, according to neighbouring company Eckel Noise Control Technologies.

"The potential of a cannabis plant being less than 100 metres away from our production facility, what we make absorbs noise, it can absorb odours," said Eckel vice-president Jamie Leblanc.

Eckel is a world leader in noise cancelling and noise insulating products, producing test chambers and enclosures for industrial applications and audio metric rooms that are used for hearing testing in the medical field.

The current proposal has raised concerns that their insulated products could become contaminated.

"Eighty per cent of what we do gets shipped across borders, our biggest concern is with the potential red flagging or stopping of our products crossing the border (into the U.S.)," Leblanc said. 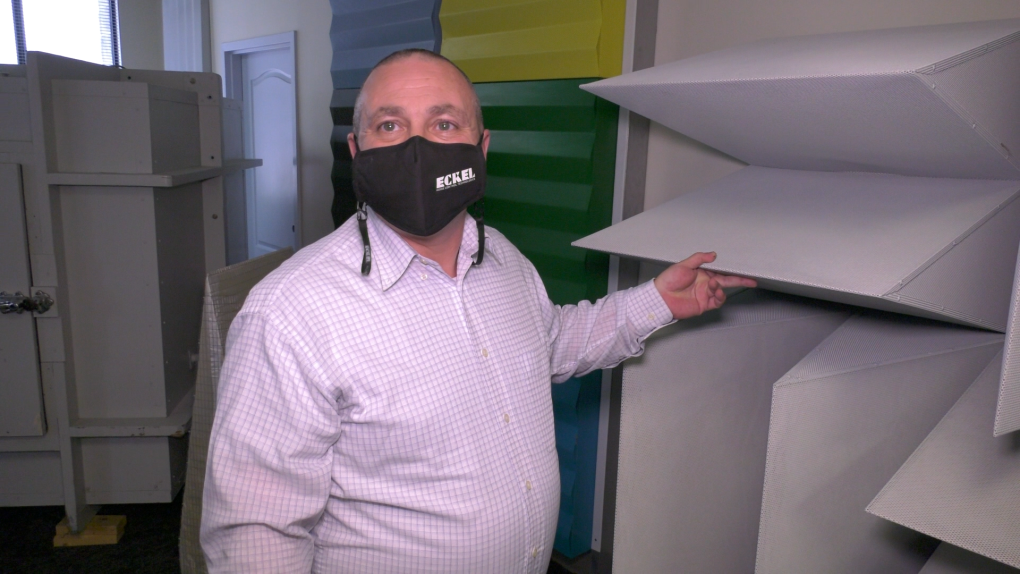 Eckel Noise Control Technologies vice-president Jamie Leblanc showing off some of their products in the showroom in Morrisburg, Ont. (Nate Vandermeer/CTV News Ottawa)

Eckel recently submitted a petition to South Dundas Council, signed by more than 200 people, to stop a rezoning proposal to reduce the 300 metre bylaw from sensitive land, which includes homes and leisure space.

"(The township) has a 300-metre bylaw from sensitive land, any area that is deemed sensitive land," Leblanc said. "In order for the facility to open, they've asked for that bylaw to change."

"We fall well within that bylaw, and we believe that Eckel should be deemed sensitive land based off the products we manufacture," he added.

"Eckel is not the only business concerned with possible odours in the town. The McIntosh Inn, which is just north of the proposed site on Highway 2, feels the same way.

"It's not that I'm against it, I just need to have some questions answered," said owner and general manager Tom Morrow, who added the company who purchased the vacant building and land on Allison Avenue has not been publicly named.

"Surely they've built other processing plants and is there a smell coming from them? I don't know, and they don't seem to answer that," Morrow said. "It's a little bit of cloak-and-dagger right now."

"Let's have an open book and open discussion and look after everybody's needs," he added. "Best-case scenario is they can prove that there will be no odours and we'll all live happily ever after." 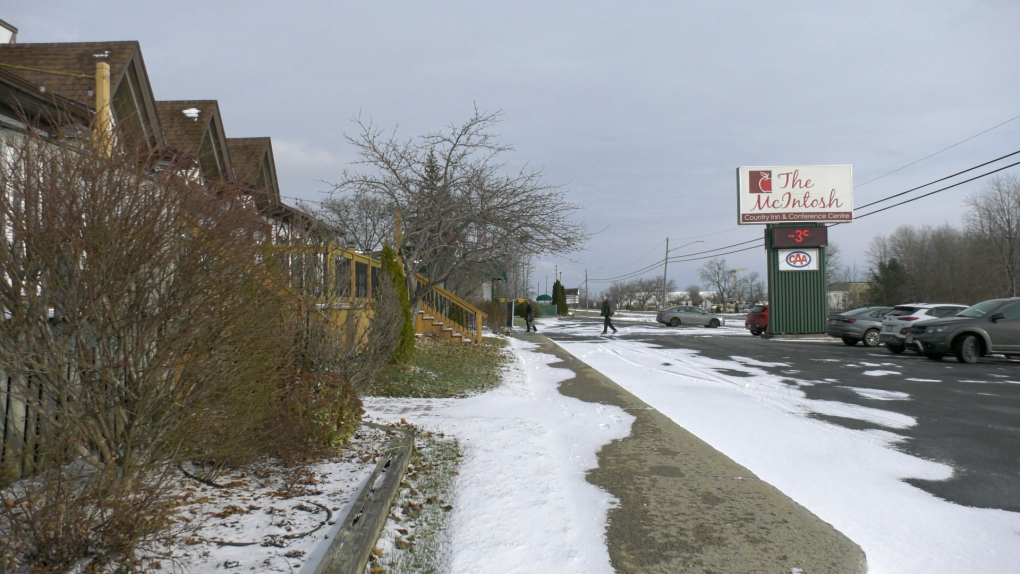 Leblanc says he also wants to see Morrisburg grow and is not in opposition of a cannabis plant in Morrisburg.

"We have a 60-year-plus relationship with Morrisburg that's been mutually beneficial," he said, adding the town could possibly lose Eckel if council votes for the bylaw change and the planned facility becomes reality.

"Worse case scenario, it would be a very unfortunate thing that a mutually beneficial, 60-year relationship would have to be reassessed at the end of the day. That is the saddest part about this entire situation," Leblanc said.

South Dundas Mayor Steven Byvelds said in an email statement to CTV News Ottawa that he would not comment on the current situation until the bylaw proposal comes up for a vote in early 2022.

"The public meeting that was held at our last council meeting was just that; a meeting to have the public tell council and staff along with the proponents their thoughts and concerns," Byvelds wrote. "When the bylaw comes to council, we will listen to staff’s recommendations along with what responses the proponents have to the public concerns."

He also noted that whichever way the vote goes, the process can be appealed.

"If we vote against it, the proponent can ask the Land Planning Appeal Tribunal to over rule the bylaw; if we vote for it, then those who have spoke at the public meeting and/or have handed in comments will have the option to appeal," the statement read.

Leblanc says Eckel's doors are open to any council member to come through the facility leading up to the vote.

"We have an open invite for all council members to come to Eckel and see what we do," added Leblanc. "We're very proud of what we do here. We've accomplished a lot, we hold a world record for the quietest place on earth and we would love for them to come and see first-hand what the concerns are before the vote."