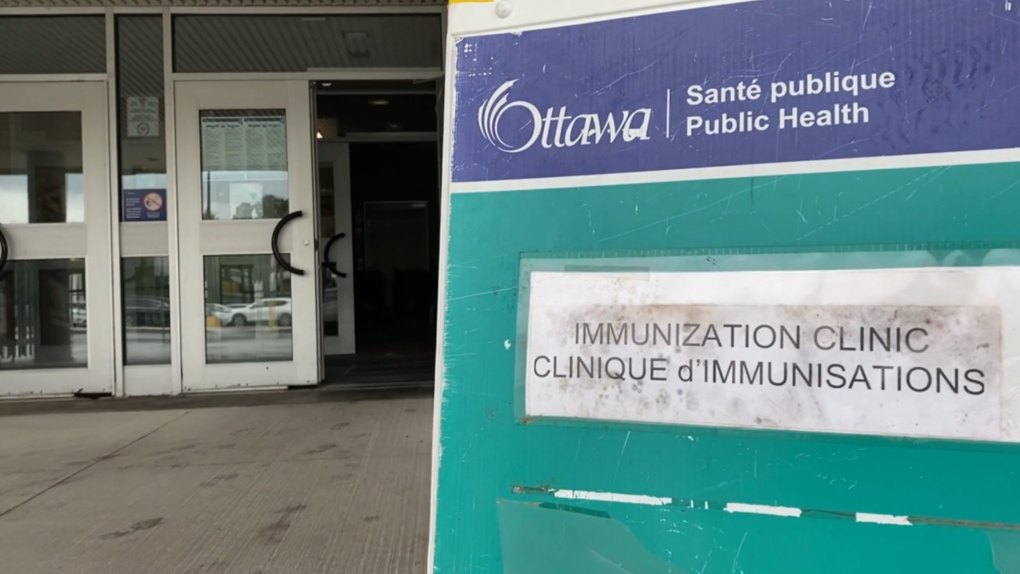 Three more vaccination clinics in Ottawa are closing down as a majority of residents have received their jabs.

The clinics at the Nepean Sportsplex and Ottawa City Hall are delivering their final doses Monday. The clinic for post-secondary students at the University of Ottawa's Minto Sports Complex also ends Monday.

The vaccination clinic at the Nepean Sportsplex was one of the first mass immunization clinics in the city, as the first doses of COVID-19 vaccines became available to the public. A clinic later opened at Ottawa City Hall, and it was there that two former prime ministers received their jabs. Both Joe Clark and Jean Chrétien were photographed being vaccinated at the city hall clinic.

As of last Friday, more than 793,000 residents of Ottawa had received at least one dose of a COVID-19 vaccine and more than 734,000 have had both. Eighty per cent of residents 12 and older are considered fully vaccinated.

The city has been scaling back its community clinics for weeks as vaccination coverage continues to rise. The clinics at the Eva James Memorial Community Centre and the Ruddy Family YMCA/YWCA will continue to operate for the time being.

OPH is also operating neighbourhood vaccination hubs across the city and businesses, places of worship, and other community groups can request mobile clinics. Vaccination continues to be an option at select pharmacies in the city as well.

Experts warn of potential rise in cases as classes resume

Some experts remain concerned about a rise in COVID-19 cases across Ontario, driven by the Delta variant.

"There are enough people who can get this infection who will need hospital level care so we have to be careful with those rising cases," said infectious disease specialist Dr. Isaac Bogoch, in an interview with CTV News Ottawa.

Over the weekend, Ottawa mayor Jim Watson urged as many people as possible to get their vaccinations, with the goal of reaching 90 per cent coverage among the eligible population.

Ontario saw three days in a row with more than 800 new cases this past weekend, including 944 cases on Saturday, the highest one-day case count in nearly five months. Ottawa Public Health reported 49 cases on Friday, 37 cases on Saturday, 55 on Sunday, and 29 on Monday.

Students in Ottawa's two English school boards return to class this week. The Ottawa Catholic Board's first day of school is on Tuesday, with the Ottawa-Carleton District School Board getting back to class two days later. Experts warn a return to the classroom could lead to a spike in cases.

"The question is to what extent will this be amplified?" Bogoch said. "I think if the schools have the tools to adhere to the protocols as best they can, then we’ll hopefully see less amplification."

Eight people were seriously injured after a Laval city bus crashed into a daycare Wednesday morning, according to first responders. The driver of the bus has been arrested, according to Quebec Public Security Minister Francois Bonnardel.