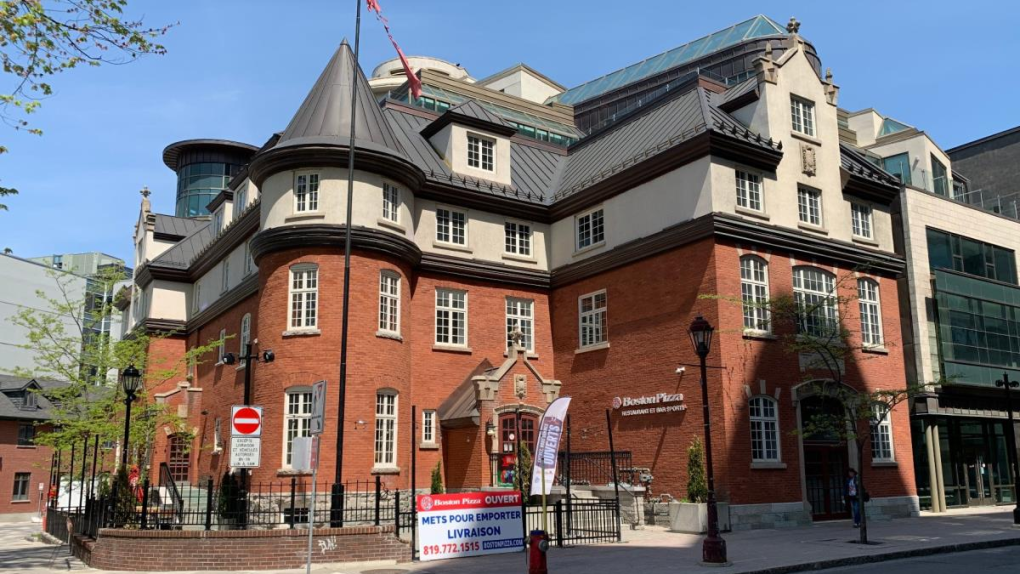 OTTAWA -- The For Sale sign is hanging on the historic Hotel Chez Henri building in Old Hull.

The real estate listing on Centris.ca shows 179 Promenade du Portage is for sale at $18 million, plus taxes. The building is now a commercial property, housing a Boston Pizza and Spa Oceana.

According to the Canadian Museum of History, the first two floors of Chez Henri were built in 1901 as a residence for Dr. Louis Duhamel and his wife.

In October 1928, the house was purchased by internationally renowned chef Henry Burger. Chez Henri opened its doors in 1929.

The Canadian Museum of History says investors sough to establish hotels in Hull, because, with the exception of Quebec, prohibition was in effect across North America. Quebec law required establishments to have at least 20 rooms in order to be granted a liquor licence.

The museum says the interior of the building, including the hotel section, was demolished after it was purchased in 1984 by Denis Cayer and Walter Grego.

The city of Gatineau declared Hotel Chez Henri a historic monument in January 2003.