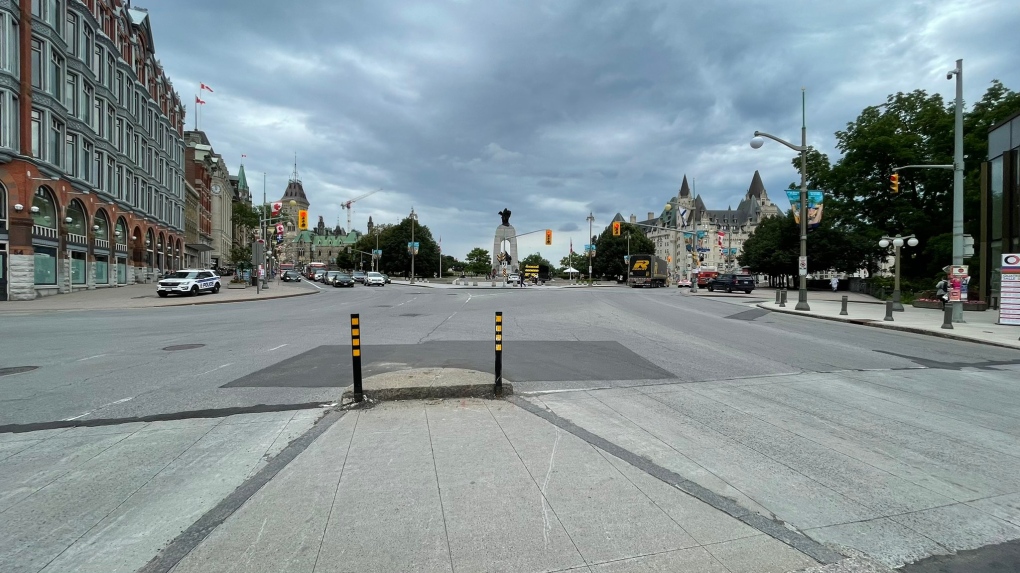 An Ottawa councillor is concerned "Freedom" groups planning to hold protests in Ottawa on Canada Day are inviting people to a picnic in a Sandy Hill park.

The groups Police on Guard for Thee, Veterans 4 Freedom and Freedom Fighters Canada are planning a "Freedom Family Picnic" in Strathcona Park on Friday. The original plan to hold a picnic on the lawn of the Supreme Court of Canada was cancelled when authorities erected a fence around the property.

Rideau-Vanier Coun. Mathieu Fleury says he is holding discussions with city staff and authorities about the plans for the picnic in his ward.

"So far no permits are issued, but I understand the permit process has been initiated," Fleury told Newstalk 580 CFRA's Ottawa Now with Kristy Cameron.

"We're working with the city to see what can be done to not allow it, and if it's allowed to have tight, tight, tight restrictions to limit the impacts on the neighbourhood."

Fleury says the permit request is under review, and the permit needs to be finalized by 2 p.m. on Thursday.

"My wishes are that any form of any element relating to the convoy would be outside of residential areas or outside of my community, but as you know we have also limited authorities," Fleury said. "It's pending review currently."

Cameron asked if the picnic could proceed if there is no permit issued by the city of Ottawa for Strathcona Park.

"The chief is clear, anything that's not permitted will not be tolerated; so if there's no permitted issued or if there's permitted issued but there's restrictions, everything needs to be expected," Fleury said, adding any picnic beyond the size of a family event requires a permit.

"I would expect the appropriate level of enforcement by parks staff, bylaw, and if needed, police."

According to the Twitter account "Live from the Shed" and the Freedom Fighters Canada website, other events planned for Canada Day include a "March to Freedom" starting from Parliament Hill at 3:30 p.m. and speeches, live music and DJs on Parliament Hill from 5 p.m. to 8 p.m.

B.C. man frustrated over wait after being approved for COVID-19 vaccine injury compensation

Two infant products, manufactured by baby gear company 4moms, are being recalled due to strangulation hazards, according to a consumer product notice issued by Health Canada.

A mother from Florida shared an adorable video of her son's interaction with the family's dog.

A two-minute video posted to TikTok that shows a man berating two women for not speaking English at a Richmond, B.C., SkyTrain station is making the rounds on social media.