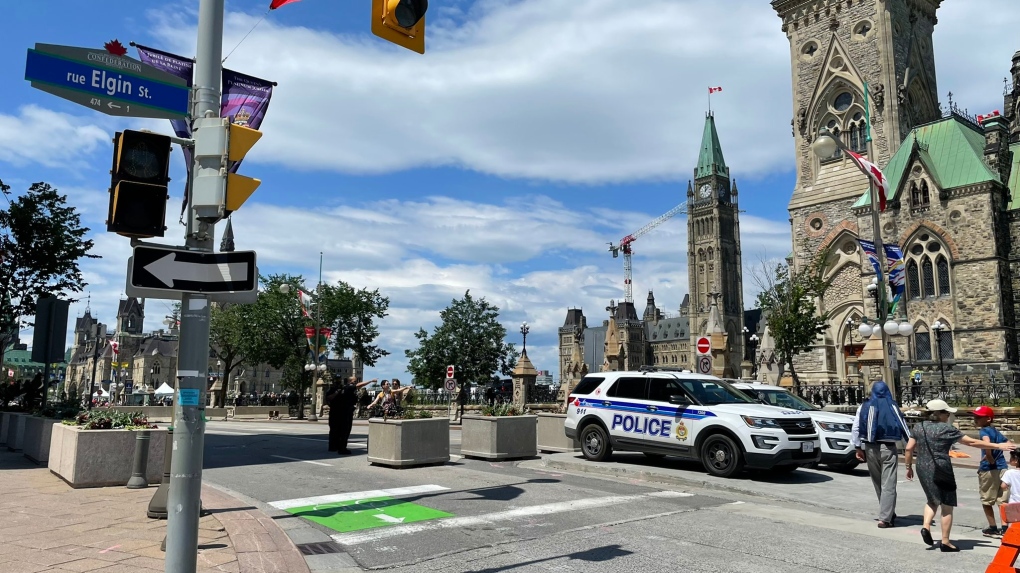 Ottawa Bylaw says its officers have handed out more than 300 parking tickets and towed almost 100 vehicles from the vehicle control zone in downtown Ottawa since it came into effect Wednesday.

Tens of thousands of people packed the parliamentary precinct, LeBreton Flats, the ByWard Market and other areas of Ottawa on Canada Day, while anti-government protesters held a march through the Centretown neighbourhood.

"Given what we know and what we are faced with, we have taken an enhanced and extended posture that starts well before the 1st of July and extends well past to ensure we properly protect our city," interim Ottawa Police Chief Steve Bell said earlier this week.

Officers from Ottawa police, the OPP, RCMP and other municipal police forces will be stationed across the downtown area to monitor for any protests and to keep residents and visitors safe. 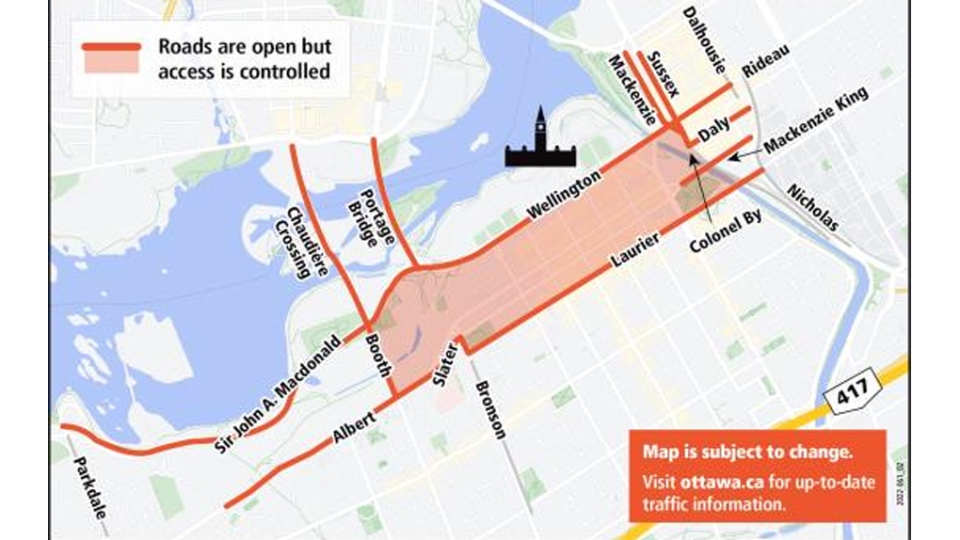 The roads are not closed, but any motor vehicles taking part in any demonstration, event, protest or rally will not be permitted.

There is no on-street parking or stopping on the roads in the control zone, and any motorists failing to follow the rules may be ticketed and towed.

Between 8 a.m. on Wednesday and 8:30 a.m. Saturday, Ottawa Bylaw said 327 parking tickets had been issued and 91 vehicles had been towed. Ottawa Bylaw also issued three tickets for unauthorized fireworks on Canada Day.

"We have developed options for multiple scenarios," Bell said about policing the capital over Canada Day.

Ottawa paramedics say they responded to a lower than normal number of calls on Canada Day compared to typical in-person celebrations.

A spokesperson tells CTV News Ottawa that paramedics responded to 31 calls across all Canada Day sites on Friday, but only transported five people to hospital. None of the issues was considered serious.

It was the first Canada Day with in-person events for Ottawa's Confederation Line since its launch in 2019, and officials say the system handled the crowds.

"OC Transpo was successfully able to move tens of thousands of residents and visitors across the city," Director of Transit Service Delivery and Rail Operators Troy Charter said in a statement to CTV News Ottawa.

OC Transpo closed the Pimisi Station for a short period on Friday to assist with crowd management, Charter said.

OC Transpo issued a couple of messages on Twitter Friday asking riders not to hold open the door.