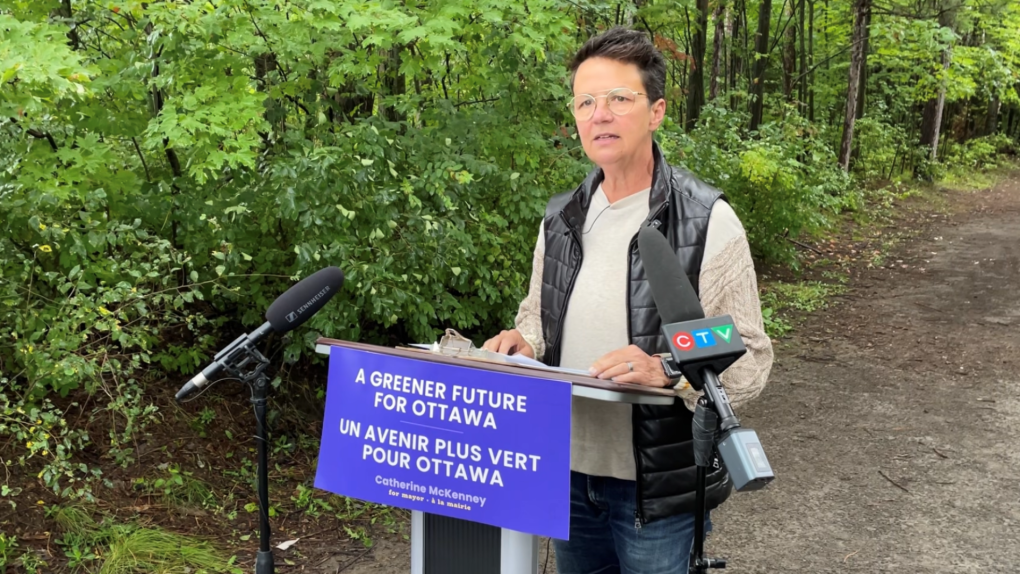 Ottawa mayoral candidate Catherine McKenney says they would turn the Greenbelt into a national urban park if elected.

Most of the land is owned by the National Capital Commission and McKenney says they would work with the NCC, Parks Canada, and elected officials at all levels to preserve the undeveloped lands that encircle urban Ottawa.

“Ottawa has the largest publicly owned Greenbelt in the world and it must be preserved,” said McKenney in a news release. “At a time when our city urgently needs bold climate action, turning the Greenbelt into a national urban park will increase Ottawa’s sustainability and protect our natural areas.”

The Greenbelt is 20,000 hectares of greenspace, including forests, wetlands and farms, that was created in the 1950s to protect rural areas around the nation’s capital from urban sprawl. The NCC owns 14,950 hectares.

Last year, the federal government announced $130 million to create a network of national urban parks to protect nature in urban centres and give more Canadians access to protected greenspace.

McKenney said making the Greenbelt a national urban park would enhance the health and well-being of Ottawa residents, and “provide Ottawa’s tourism sector and economy with a competitive advantage.”

“There is no question we must protect the Greenbelt, and ensure that development stays within the urban boundary,” said Sutcliffe in a news release. “But taking designated greenspace, and calling it something new, is not serious climate leadership. A recycled idea does not provide solutions voters deserve, and an idea is not a plan to get things done.”

Sutcliffe also criticized other announcements by McKenney that would require assistance from the federal or provincial governments to achieve.

“Just as we saw with housing, and with transit, McKenney’s plan shifts the leadership to another level of government, or points blame elsewhere,” said Sutcliffe. “I think voters want a leader who will bring change to City Hall, and who will champion policies the city has control over. I am running to be Mayor of Ottawa - not a federal Member of Parliament.”

McKenney said their Greenbelt announcement is the first of two environmental announcements that they will make this week, in addition to hosting a rally before the Ottawa Climate Strike March this Friday.