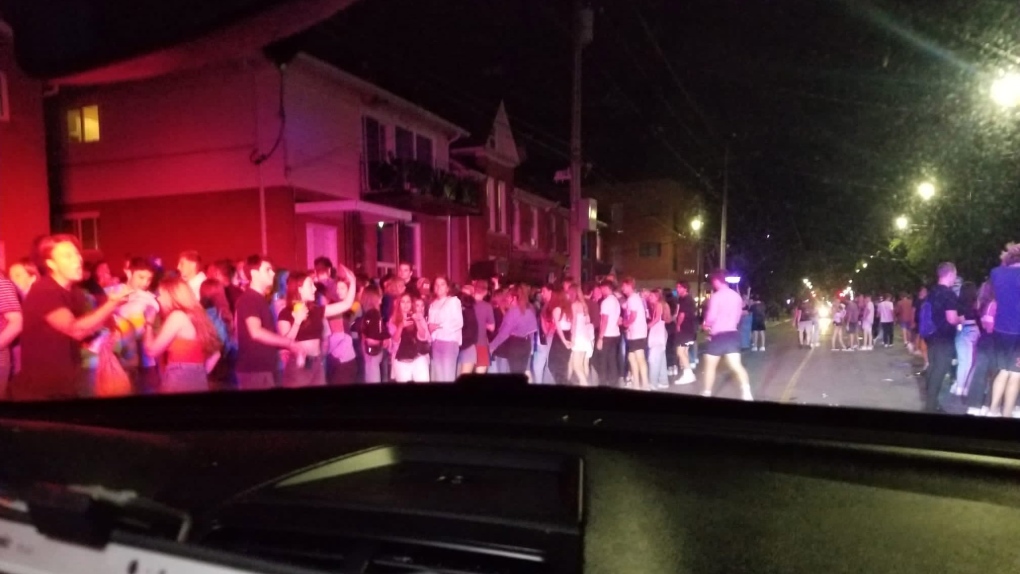 KINGSTON, ONT. -- Kingston Police broke up a massive street party in Kingston's University District on Wednesday night as students begin arriving in the city for the start of the school year.

An estimated 2,000 people attended the party on University Avenue near the campus of Queen's University.

Four people were arrested and received Liquor Licence Act Provincial Offence Notices for being intoxicated in a public place.

Ten charges were issued for having open alcohol and one ticket was issued to a person under 19 for having/consuming alcohol contrary to the Liquor Licence Act.

The city of Kingston is asking students to avoid large gatherings this fall due to the COVID-19 pandemic.