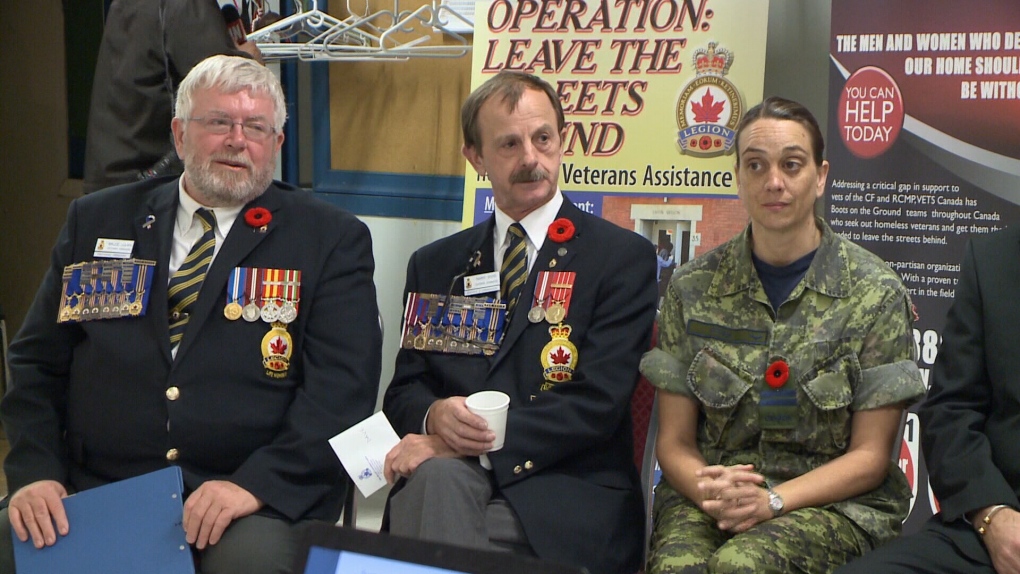 Members of the Royal Canadian Legion and Soldiers Helping Soldiers at the announcement of Veterans House in Ottawa, Nov. 6, 2014

It’s going to take a lot to deal with the problem of homeless veterans in Ottawa.

Today there was a start.

A group of eight different community agencies are banding together to build Veterans House – a new supportive housing project designed specifically for former military personnel who are now, or are at risk of living on the streets.

The announcement was made today at the Royal Canadian Legion, Eastview Branch, in east Ottawa.

The project is spearheaded by The Multifaith Housing Initiative. They hope to secure land at the former Rockliffe Airbase to build the complex. It could contain 16 or more units, depending on fundraising. Right now there is no completion date, but organizers are aiming to build in the next 1 ½ to 2 years.

The group is looking for seed money to start the project and work on a design. “Right now we’re saying somewhere in the order of $1.5 million to get started,” says Hugh O’Donnell, President of The Multifaith Housing Initiative.

There is a high prevalence of homelessness among veterans. A 2013 study out of Toronto found that 11% of all homeless people have a history of military service. Captain Victoria Ryan of the volunteer group Soldiers Helping Soldiers says they have identified over 140 homeless veterans in Ottawa over the past year.