The year was 1996.  Independence Day was one of the big movies at the box office, the Macarena was on top of the music charts, and it was also the year that students at W.E. Gowling Public School in Ottawa filled a time capsule.

On Thursday, students, staff and alumni opened the capsule, unlocking memories from the past.

"I thought it was really interesting. I didn’t expect for there to be a lot of letters and notes," said Elliott, a Grade 6 student at the Ottawa school.

"I found everything so cool," said Sadie, another Grade 6 student. "I like the letters that some of the people wrote and the drawings."

The school dates back to 1946.  As the school was celebrating its 50th anniversary in 1996, students filled the time capsule.

Among some of the items uncovered during Thursday’s assembly, there were many letters, pictures, a t-shirt with various languages, a cassette tape, and a weekly guide to what’s on TV. 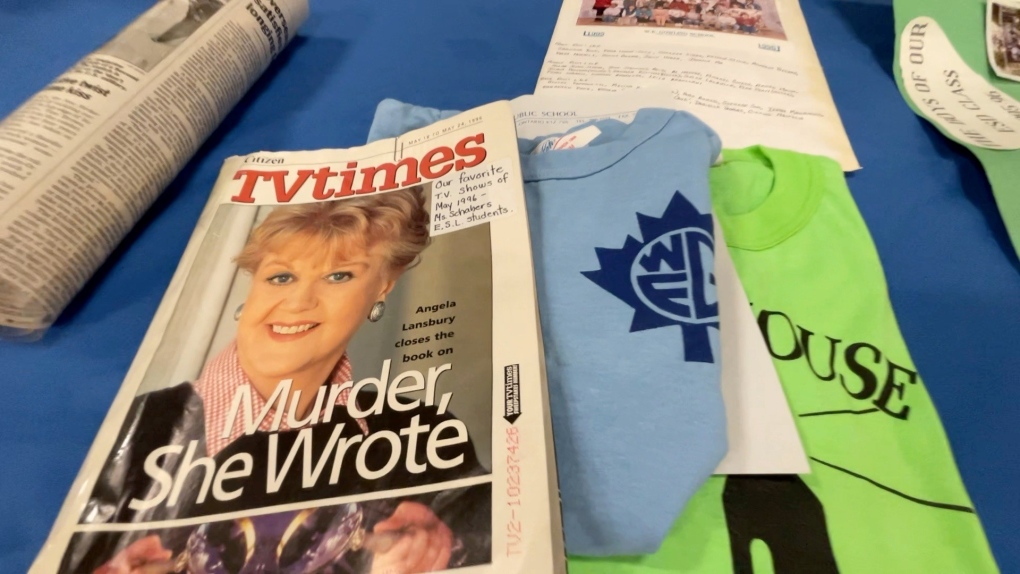 Some of the items found in a time capsule created in 1996 by students at W.E. Gowling Public School in Ottawa. (Peter Szperling/CTV News Ottawa)

For former student Amy Gorshe, the memories all came back.

OCDSB Superintendent of Instruction Prince Duah attended the school 40-some years ago,

"I used to come here when I was in Kindergarten — all the way up to Grade 6," Keyes told the students at the assembly.

In the capsule, Keyes found a letter he wrote when he was 8 years old.

The school plans to fill another time capsule this year. Principal Caretta Williams DeVeiro says it will contain items from classes, and, "The school will be putting in a mask, and a face shield, and everything COVID related."