Half-brothers find each other after more than 70 years

Half-brothers find each other after more than 70 years

It’s not unusual to greet family at the airport.

But for Bob Huson, this welcome is unlike most.

Bob’s wife Diane is by his side, as are Bob’s three grown sons.

The family has all eyes on the escalator, hoping to recognize the man they’ve viewed in photographs, but have never seen in person.

“I just hope I can hold it together,” Huson says.

There’s a reason for Bob’s jitters. He’s never met his half-brother. Neither knew the other existed, until recently.

And now, they’re about to embrace for the first time. 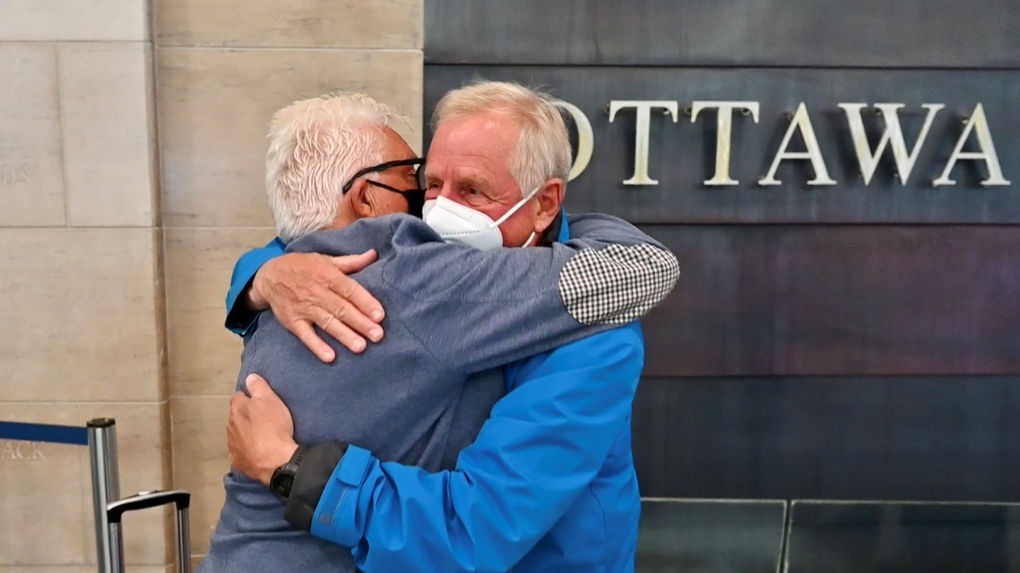 Half-brothers Malcolm Ives of England and Bob Huson of Ottawa share an emotional embrace during their first in-person meeting at Ottawa International Airport. The two men recently discovered they shared a father, an airman stationed in England during the Second World War. (Joel Haslam/CTV News Ottawa)

Seconds later, Malcolm and the Huson family are hugging and sharing introductions. Until recently, Malcolm was unknown to this family; the family unknown to him.

Malcolm is not so much a long-lost family member. The Huson’s were unaware they should be looking for one. Finding him, all these years later, is a gift no one expected to unwrap.

“I was gobsmacked,” said Malcolm.

“It was quite a discovery,” said Bob Huson.

The makings of this union began two years ago when Geoff Huson did a DNA test to learn more about his ancestry and ethnicity.

Malcolm Ives, an orphan who was adopted by a loving couple, had done one years earlier. His adoptive parents had always been supportive of Malcolm finding his birth parents.

Geoff and Malcolm’s DNA tests resulted in a strong match.

“I didn’t know if it was significant, or not,” said Geoff Huson.

“But we were obviously very curious about the relationship.”

Research and emails with Malcolm would reveal more. Geoff’s paternal grandfather, George Huson, was an airman serving overseas in the Second World War. His grandfather’s log indicated he had been stationed in Bournemouth, England. 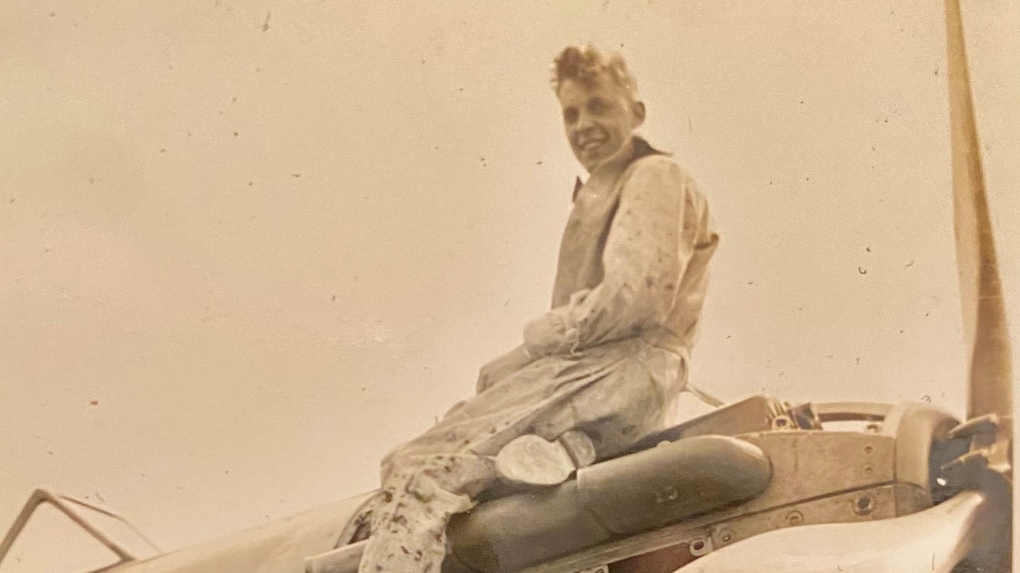 George Huson was stationed in England during the Second World War. (Supplied)

Malcolm was born in Bournemouth in 1946, within twelve months of George Huson being there.

“So, it all kind of clicked together,” said Malcolm.

“That was pretty much all the confirmation I really needed,” said Geoff Huson.

“Malcolm said ‘that would make you my nephew, Geoff’, and I was like, ‘Oh, I know,’ he laughed.

Geoff would next approach his father, Bob, who admitted to being skeptical, at first.

But when Bob did a DNA test, he was also a strong match with Malcolm.

And if the DNA wasn’t convincing enough, the photographs of Malcolm were.

His resemblance to Bob’s father is uncanny. 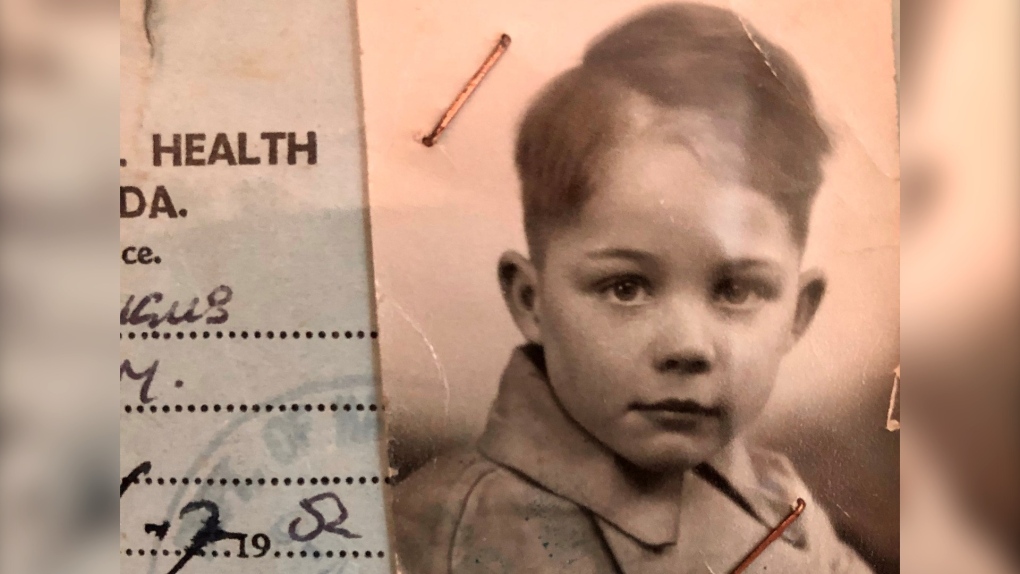 A photo of a young Malcolm Ives, an orphan who was adopted in England. (Supplied)

“I remember that night; I said ‘obviously this is for real’. I poured myself a stiff scotch and I texted Malcolm. I said ‘it looks like this is for real, Malcolm,’ and he texted me back and said ‘it’s the funniest thing, ‘I’m having a scotch as well. I can’t believe this,’” Bob laughed.

The pandemic thwarted several plans for Malcolm to visit Canada for the first time. This month, he was finally able to make the trip.

“The reception I’ve had here is incredible. We’re getting to know each other a bit more each day. I can feel the connection.”

“I’ve had a great welcome here in Canada,” he smiled.

Ives, a retired chef with three daughters, seven grandchildren, and five great grandchildren, said his family is equally thrilled to learn of his Canadian relatives.

“They’re all over the moon. They love the whole story,” he said.

Since doing his DNA test, Malcolm had also learned more information about his birth mother.

“I know who my mother was and I’ve got pictures of her,” he said.

At the Huson home in Westboro, Ives was welcomed with squeals of delight, hugs, and homemade greeting cards from Bob and Diane Huson’s grandchildren. 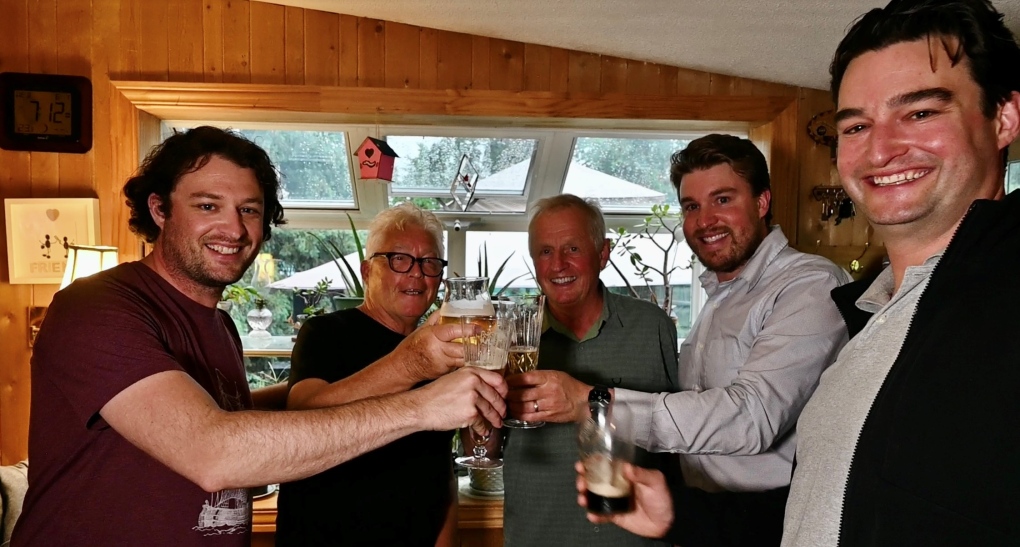 After spending time at the Huson’s home and cottage, Ives travels to Calgary and Banff, before catching the Rocky Mountaineer to travel to Vancouver.

And all agree, patriarch George Huson, who passed away in 2007, would have loved this union of his two sons, even if he wasn’t aware of Malcolm’s birth.

“I loved my father. He was my best friend,” said Bob Huson.

“I know, if he had known there was a child, he would have certainly stood up and taken the baby. I’m one hundred per cent certain that would have happened,” he said.

“Up in heaven, he’s looking down and is happy we found each other and that Malcolm found his father,” he said.

Russia seemingly struggles to replenish its troops in Ukraine

As Russia continues to suffer losses in its invasion of Ukraine, now nearing its sixth month, the Kremlin has refused to announce a full-blown mobilization — a move that could be very unpopular for President Vladimir Putin. That has led instead to a covert recruitment effort that includes using prisoners to make up the manpower shortage.

Hundreds of scientists and researchers are expected to gather on Parliament Hill today to call for a raise.