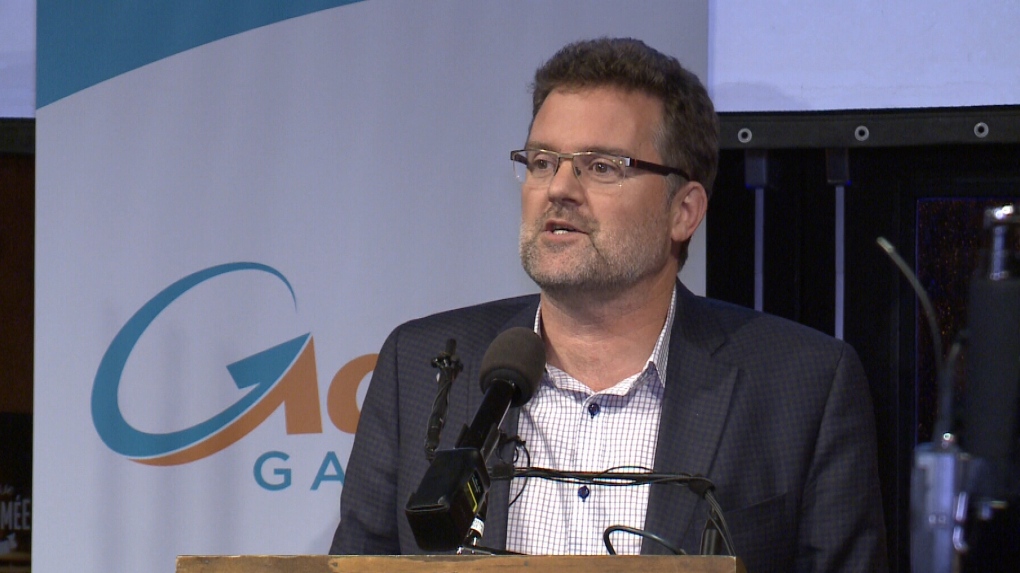 The mayor of Gatineau, Que. has written to two bus companies to urge them to develop a direct bus route between Gatineau and Montreal in the wake of Greyhound's departure from Canada.

Maxime Pedneaud-Jobin said in a statement Wednesday that there are transportation companies that are meeting with the Commission des transports du Québec to discuss expanding intercity transportation and he is urging them to offer a direct line between the two cities.

"I would like to insist strongly on the fact that these steps must absolutely be an opportunity to correct an aberration in the current service between Montreal, the Quebec metropolis, and Gatineau, the fourth largest city in Quebec," he wrote in French. "It is high time to set up a direct link between Montreal and Gatineau without making the long detour through Ottawa and its downtown area."

A release from the City of Gatineau included two letters, signed by Pedneaud-Jobin, addressed to executives at the Maheux bus company and Keolis Canada. In each, he noted that Gatineau has grown significantly over the years.

"Over the past decades, Gatineau has broken away from its status as a suburb of Ottawa to become, in effect, the metropolis of the Outaouais and western Quebec," Pedneaud-Jobin wrote. "In addition, Gatineau is a university town as well as an immigration town, two clienteles who have less access to a car, and therefore need a good public transport service."

Greyhound ceased all Canadian operations in May, after suspending services in 2020 due to the COVID-19 pandemic. The departure left significant gaps in transportation services across Canada.

Some bus companies have stepped in to offer ridership between Ottawa/Gatineau and Montreal, such as Orléans Express, but Pedneaud-Jobin said he wants to see bus service that comes straight from Gatineau; service he hopes would be better than what Greyhound offered in the past.

"For someone who lives at the ends of the city and even in the old Gatineau, a trip to Montreal by Greyhound could require a strict minimum of three and a half hours of travel and could well exceed four hours," he said. "It is unjustifiable. Cities much smaller than Montreal and Gatineau have access to more adequate bus services."

The mayor said that he believes a direct bus route between Gatineau and Montreal would be profitable for the companies and for the community.

"I am convinced that a direct link between Gatineau, Laval and Montreal would not only be profitable but also necessary if we want to avoid unnecessary travel, reduce our dependence on cars, promote exchanges between three of the four large cities in Quebec and, more simply, offer Gatineau residents the public transport service they deserve," he wrote.

Ontario's health minister said Monday that six hospitals had to close departments -- including ERs -- over the weekend, but argued that the situation wasn't unprecedented.

'Your Danny, your John': Condolences pour in for Olivia Newton-John

Condolences from Canadian politicians past and present poured out Monday as they learned about the death of Bill Graham, who served as foreign affairs minister when the country decided against joining the U.S. invasion of Iraq in 2003.

A suspect already in handcuffs has allegedly managed to overpower a Toronto police officer and steal their SUV, sending police on a wild early morning chase that ended with an attempted carjacking.