From Start to Finish: A Brockville Speedway legend passes the flag to his son

In the reflection of its pristine royal blue paint is the smiling face of a man in his happy place. 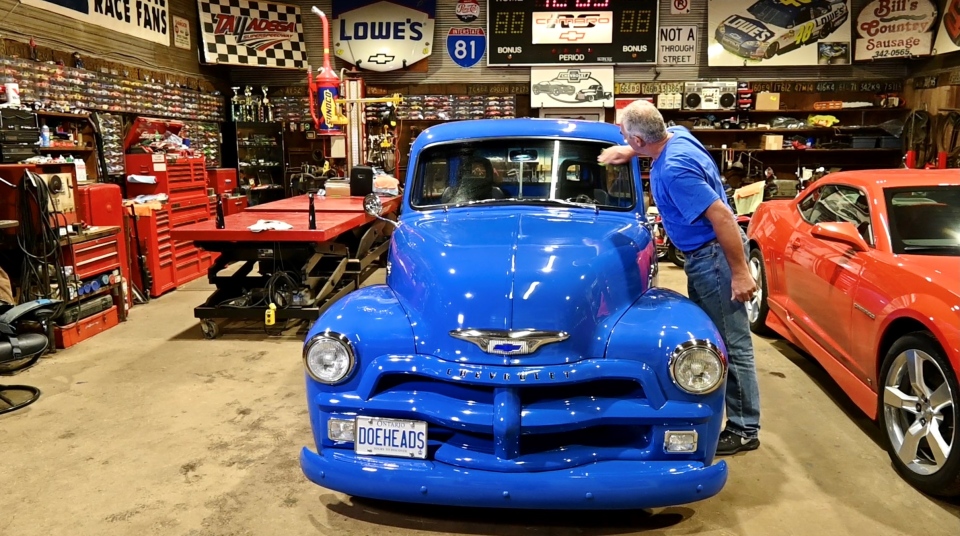 Today, it’s home to a growing collection of automobile racing memorabilia—vintage signs, side panels from race cars, and more than 500 die-cast cars.

“Over the years, I guess I’ve collected a lot of this stuff,” said Vandermeer, gleefully eyeing his carefully curated man cave.

“It gives me memories of the years gone by and the fun I’ve had over 30 years. It kind of makes the man cave look cool too,” he said, with a wide smile.

“It makes him happy, and it’s kind of like a time capsule,” he said.

Vandermeer’s legacy is legendary at the Brockville Ontario Speedway. He’s not a driver.

However, he’s been around the racetrack for three decades now. 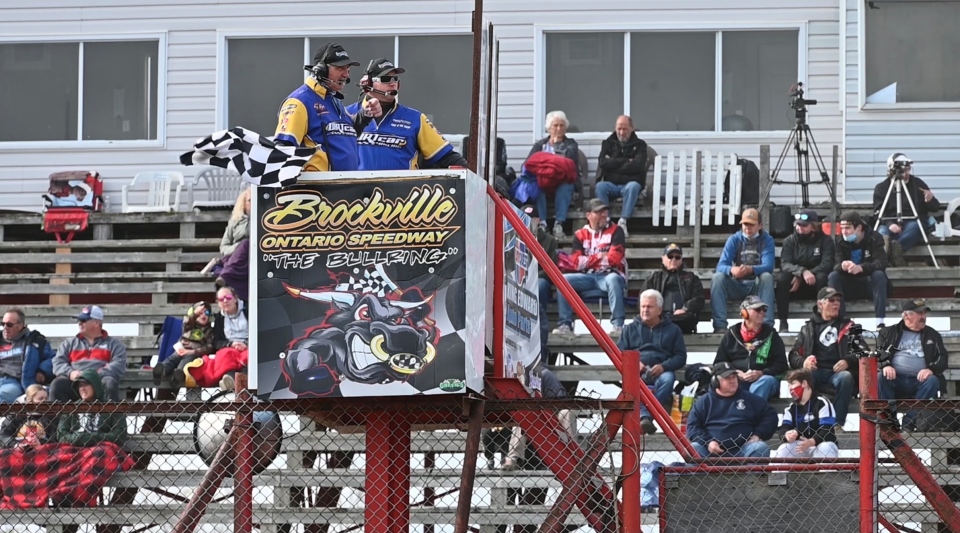 With his white, yellow, green and checkered flags, Gary Vandermeer starts, stops and directs races at the track, from a tower on the Speedway’s edge. He had no experience when he began.

“It was all new to me and I had never done it before. I thought, ‘well, I’ll certainly try it’, and it’s been fun ever since,” he said.

Paul Kirkland has owned Brockville Speedway for 27 years. He believes Gary’s role has been invaluable.

“When we took over, Gary came on board just a year, or two, afterwards. He was the race director, the flagman, official, everything. He called all the races and did everything from the flag stand,” he said.

“Without Gary, we’d have been in quite a pickle to get to where we are today.”

The competitors also revere Vandermeer, and the work he does to keep them safe while racing on the track.

“He keeps everybody in line and does such a good job. He’s seen every driver from A to Z at the Brockville Speedway,” said racer Chris Herbison.

“He has a lot of control over everything that goes on on the racetrack,” said Danny O'Brien who has been racing at the Speedway for 33 years.

“He makes fair calls and is always in the pits talking to people. It’s been a pleasure racing under his banner,”

“We’re in it because we love it and that’s why Gary does it,” said racer, Ryan Poole.

“He wants to be part of it, and he’s a critical part of it.”

Gary is not in the flag tower alone. For years, he’s kept company with another Vandermeer.

His son, Nate, is also a flagman and long time, familiar face at the Speedway.

“It was always in your blood. If you had time to do something, you’d go to the racetrack,” he said.

“I started counting laps as a kid, then got put on the gate entrance, then the pit tower, then I was a back stretch flag man. And finally, there was an opening on the tower, and I got to be with the old man on the tower,” said Nate. 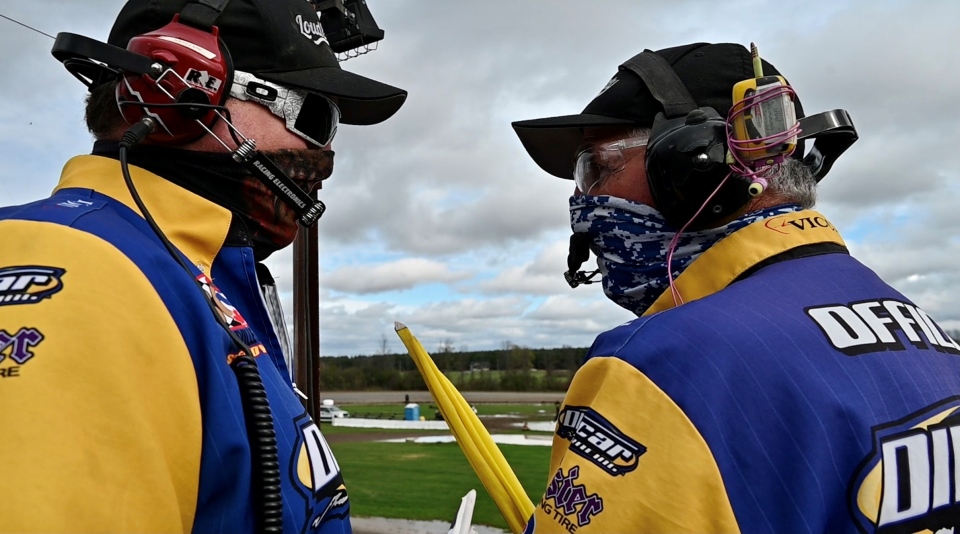 He said his dad’s passion for racing has been lifelong.

“He loves the sound, the smell, the sights. Even on vacation, we couldn’t get away from racing. He’d find a track for us to go to,” said the younger Vandermeer.

For Gary, having Nate by his side is a gift.

“He’s an excellent flag man. I guess it’s a hereditary thing that he takes from me,” Gary said with a chuckle.

The popular and seasoned starter is at the finish line of his flag-waving days at the Speedway.

“I think It’s time for me to enjoy time with my wife, enjoy Saturday nights. Go for a spin with the truck, or the car. I’ve missed out on a lot of events. I hope I’m going to get some of those 600 nights back,” he laughed.

Gary is passing the flag to the next generation.

“It’s proud for me to see Nate take over,” he said.

“I look back and think ‘where has the time gone?’ My son was only eight when I started, and now he’s 38.”

“But the joy of working here over the last 30 years has been working with my son,” Gary said.

Nate shares his dad’s admiration for the track and their relationship.

“It’s a Saturday night thrill to be together. We both have the same interests. It’s like father and son bonding. That’s a great thing to do,” he said.

Nate said his dad’s devotion to the track and drivers is deep.

He said Gary has even rewarded drivers with cash from his own pocket when they have a good race.

“When you have a guy who’s raced a couple of years, not seeing many results, and finally gets a win, my dad would be like ‘Come on, Nate. Let’s go over to the trailer. I’ve got a hundred dollars for him,” said Nate.

“If you get a driver winning his first race, it’s exciting for them. All of us like to see how that driver has grown. I don’t mind giving drivers a boost,” said Gary.

And while Nate is ready to take over flag duties from his father, he’s not certain Gary is truly ready to step down from the tower for good.

“I think one of the biggest things that I keep telling him is you can retire, but when the races are going on Saturday night, I don’t think you’re going to be very far away,” said Nate.

“It’s going to be tough for me to sit at home on the patio on a Saturday night and hear the cars on the racetrack and I’m not there,” he said. 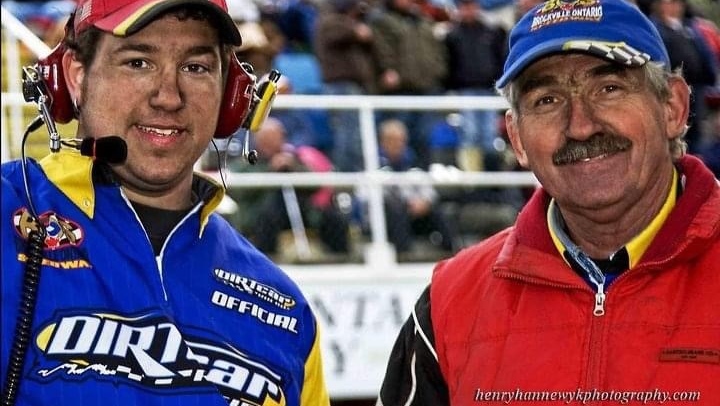