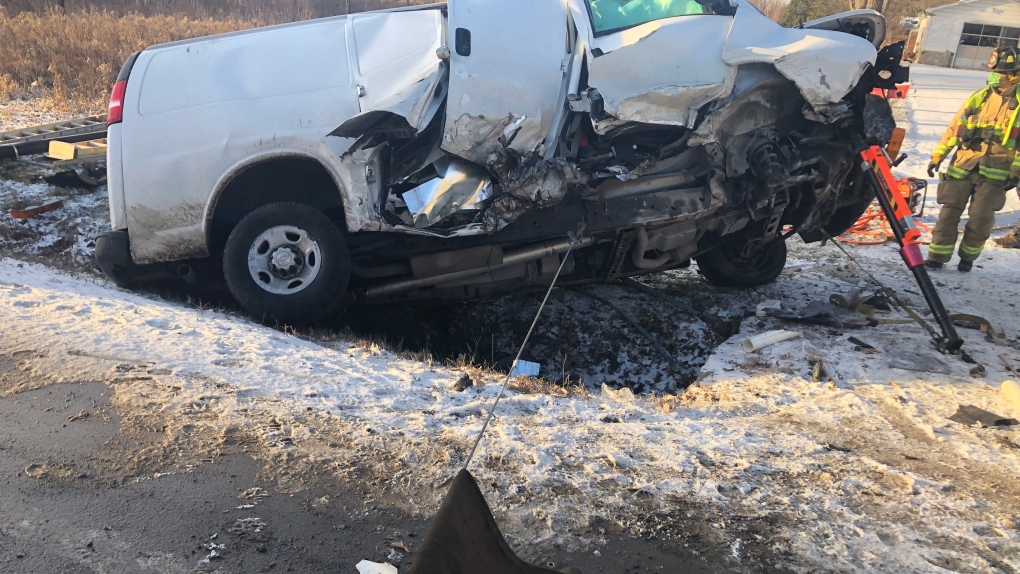 Ottawa firefighters stabilized a vehicle that flipped onto its side in a ditch on Tenth Line Road Wednesday morning. (Photo courtesy: Ottawa Fire Service)
OTTAWA -

A van driver suffered non-life-threatening injuries when his van flipped onto its side in a ditch in Ottawa's east end.

It was one of two crashes in Ottawa's east end on Wednesday that required firefighters to rescue a driver from the vehicle.

Ottawa fire says firefighters arriving on scene found the vehicle had flipped over onto its side into the ditch and the driver was trapped.

Firefighters were able to stabilize the vehicle and remove the driver from the driver's seat.

Paramedics say the driver, a man in his 40s, was treated for back pain, and was transported to hospital in stable condition. 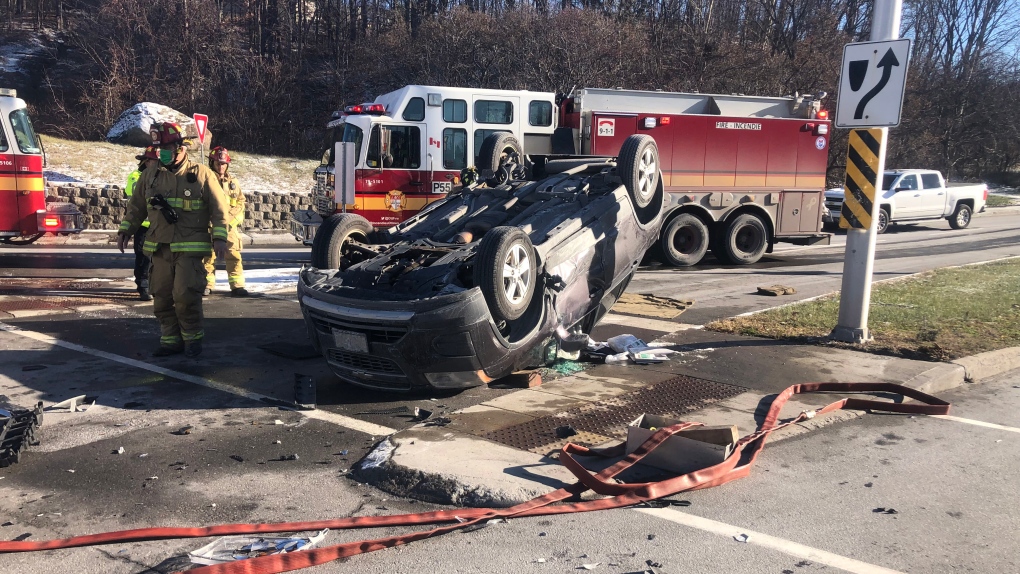 At approximately 12 p.m., emergency crews responded to a two-vehicle crash at the intersection of Old Tenth Line Road and St. Joseph Boulevard.

Ottawa fire said initial reports from an officer on scene indicated that a car had flipped over onto its roof and one person was trapped.

Firefighters were able to stabilize the vehicle, remove a vehicle door and rescue the patient from the vehicle.

Paramedics tell CTV News Ottawa one person was transported to hospital with minor injuries. A second patient was assessed on the scene, but decline transport to hospital.

UPDATED | Ont. and Que. scramble to recover from thunderstorm that left at least 8 dead

Russia pressed its offensive in eastern Ukraine on Sunday as Poland's president traveled to Kyiv to support the country's European Union aspirations, becoming the first foreign leader to address the Ukrainian parliament since the start of the war.

New York's highest court is set to determine whether Happy, a 47-year-old Asian elephant living at the Bronx Zoo, is being unlawfully imprisoned.

Meet the guy who wants to help save the planet with thousands of buoys, seaweed and giant antacids

Seaweed is a ravenous consumer of carbon dioxide, and scientists have been eyeing it as one potential solution to the climate crisis.