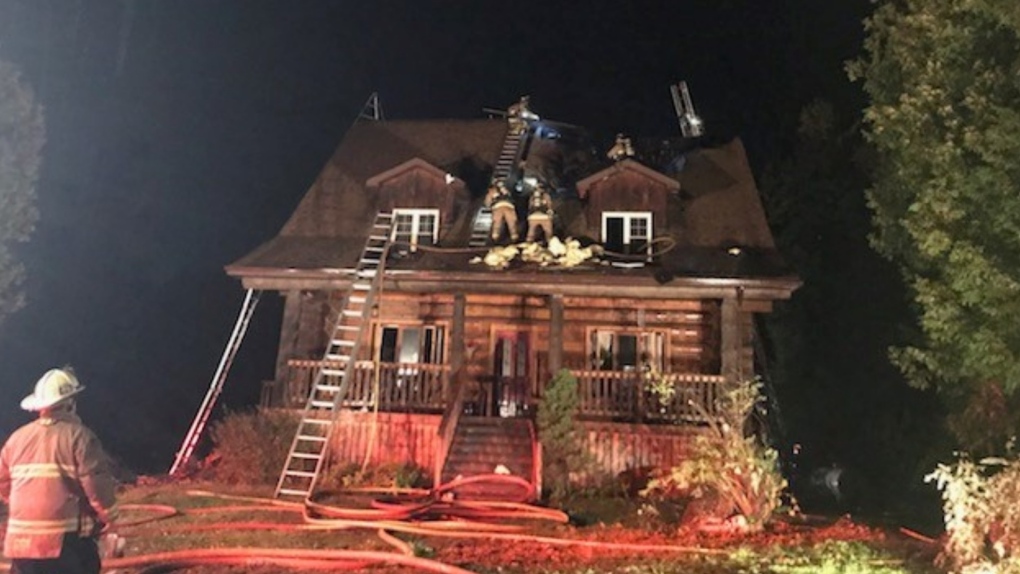 OTTAWA -- No one was reported hurt after a fire broke out in the roof of a log cabin in Metcalfe overnight.

Firefighters were called to the home on Iveson Drive at around 12:50 a.m. Everyone inside the home was able to safely evacuate.

Heavy flames were found in the attic. Several pieces of the cathedral ceiling had to be removed to allow firefighters to battle the blaze, which was ultimately contained to the roof area.

It took about four hours to get the fire under control. Crews had to shuttle water in from the Bank and Mitch Owens area because there are no hydrants nearby on Iveson Drive, which is common in rural parts of the city.

What caused the fire is under investigation. Ottawa Fire Services says victim assistance has been extended to two adults.