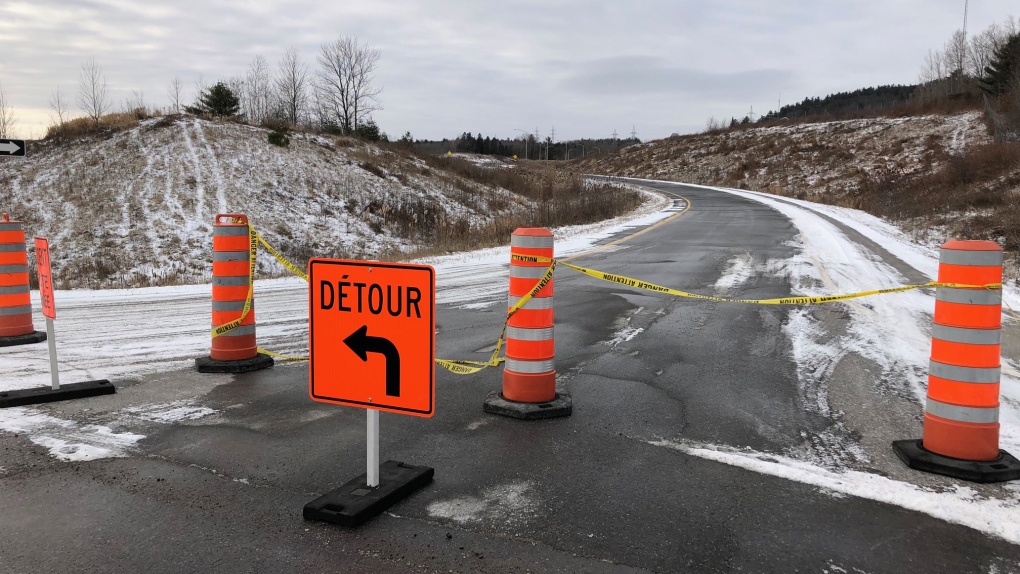 A detour is in place along the Highway 50 on-ramps at Montée Fassett just east of Montebello after a driver was killed in a head-on crash early Thursday, Dec. 12, 2019. (Peter Szperling/CTV Ottawa)

FASSET, QC. -- A driver was killed in a head-on crash Thursday morning north of Fasset, Québec—about 7 km east of Montebello.

Québec Provicial Police (Sûreté du Québec) say the crash happened at around 6:10 a.m. between a car and a heavy truck.

The preliminary investigation suggests the driver of the car entered oncoming traffic, colliding head-first with the truck. It’s unknown what caused the driver to leave their lane.

Police say the driver of the car, A 22-year-old man from L'Ange-Gardien, was taken to hospital in critical condition, and later pronounced dead. The driver of the truck was not seriously hurt, but was hospitalized as a precaution.

There was a diesel spill and the Ministry of the Environment has been notified.