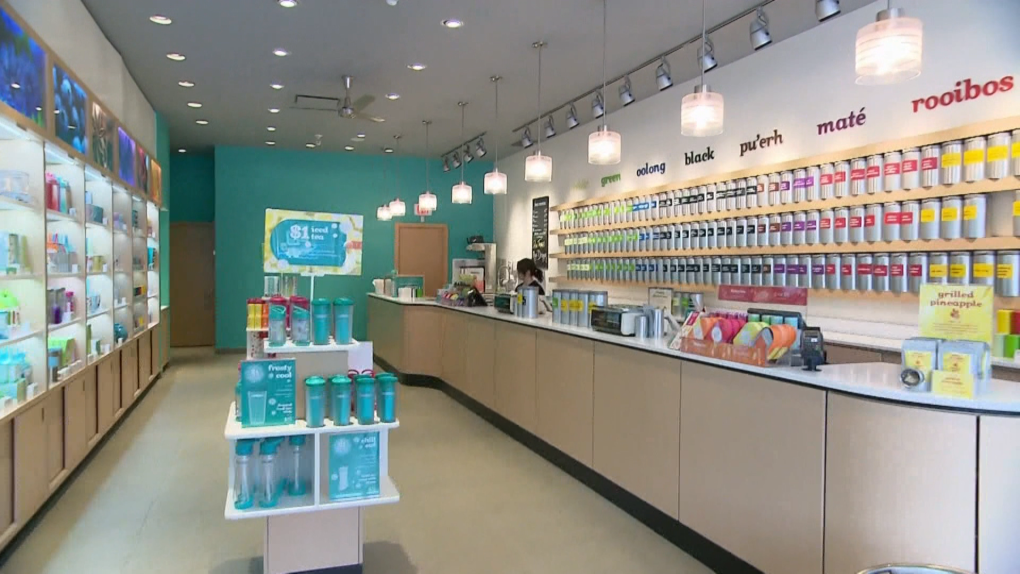 Two employees at the DavidsTea store in the Rideau Centre have tested positive for COVID-19.

OTTAWA -- Two employees at the DavidsTea store in the Rideau Centre have tested positive for COVID-19, the company confirmed on Thursday.

The employees last worked on Saturday, Sept. 5 and Sunday, Sept. 6, a spokeswoman said in a statement.

The positive tests were confirmed on Wednesday and Thursday, respectively.

The store remains open to customers,

“DAVIDsTEA has followed all public health directives in addition to reaching out to its frequent steepers that shopped the store on these days as soon as the cases were confirmed to DAVIDsTEA,” the spokeswoman said. “As part of its COVID-19 procedures, and in addition to the everyday protocols, the store proceeded to additional cleaning and sanitizing of the store upon confirmation of the cases.

The store remains open to customers, with cleaning and physical distancing measures in effect.

In July, DavidsTea announced it is shutting down most of its Canadian locations following months of financial troubles due to the pandemic, and a renewed focus on online shopping.

The company plans to close 166 locations in Canada while keeping only 18 open.