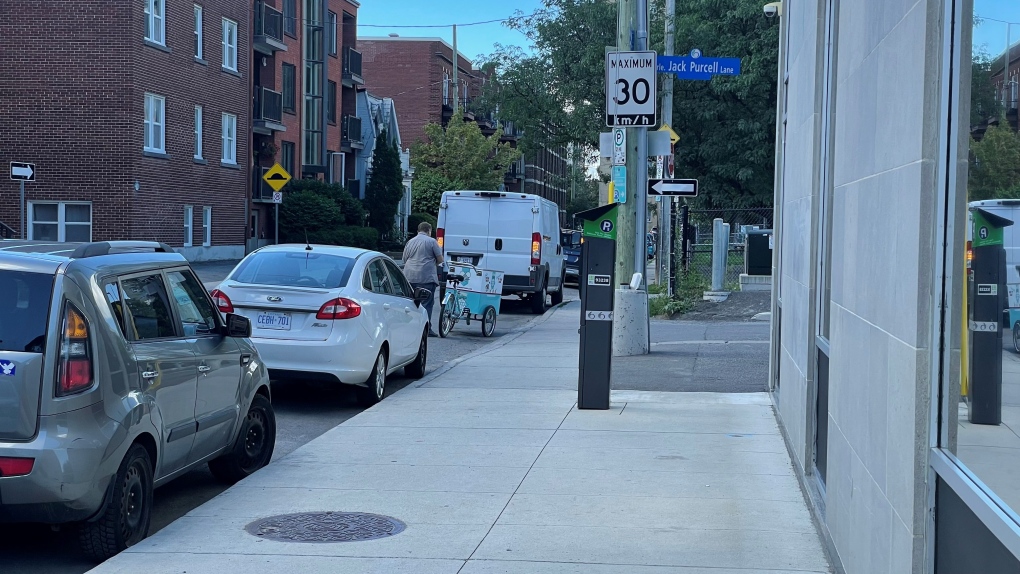 There was a swift response from the community to help find a missing ice cream bicycle cart.

The Merry Dairy on Fairmount Avenue, in Ottawa’s Hintonburg neighbourhood, posted on social media that their blue and white bicycle cart had gone missing Friday night.

“This bike went missing overnight,” the Merry Dairy said, showing a picture of the pedal-powered cart with pictures of ice cream and a bicycling Canada goose and goslings on it. “Any information on its whereabouts would be so appreciated.”

People reacted swiftly to the disappearance of the bike, wondering how anyone could take it and hoping it would be found.

“One tire was flat,” the Merry Dairy said in a reply to a Facebook comment, “so shouldn’t be too far away!”

Several people quickly pointed out they had seen the bike on Elgin Street, about 3.5 km away from the Merry Dairy’s main location.

Within 30 minutes, the popular ice cream shop said their bike had been found, right where some eagle-eyed residents said it was.

“It has been found near Elgin Street! Thank you everyone for sharing,” an updated post said.

Owner Marlene Haley tells CTV News the cart is being used as a flower box at the moment. It’s part of the morning routine that staff bring it out front each day.

“They went to move it and noticed it was gone,” Haley said. “They looked around the immediate area and realized it had been taken.”

The post about the missing cart was put out on social media channels and Haley said the response was very quick.

“The community was amazing. We had people offering to share it on missing bike pages. On Facebook, it was shared 115 times in 45 minutes. It reached so many people,” Haley said.

Tips came in almost immediately. Someone said they saw someone riding it on Gladstone Avenue. Others said they spotted it on Elgin. It wasn't long before the cart was recovered.

“We followed the path where we found it and got our flowers back, too,” she said.

The cart is now safe and sound.

Haley said it was originally purchased with the intention of doing bicycle deliveries, but they found it was a bit heavy.

“There are a lot of hills near us, so we’re using it as a flower box right now,” she said. The shop is looking at acquiring an e-bike for deliveries.

The Merry Dairy was in the news recently when it ran into an issue with its wholesale operation, following a visit by the Ontario Ministry of Agriculture, Food and Rural Affairs, which said the store could not sell its wholesale products because it was not a dairy plant under the Milk Act.

The community came out to help the shop then, too.

In a post on the shop’s blog, owner Haley said the community response helped highlight to provincial representatives that there is “an opportunity here to update regulations to accommodate small enterprises and reflect the realities of life in 2022.”