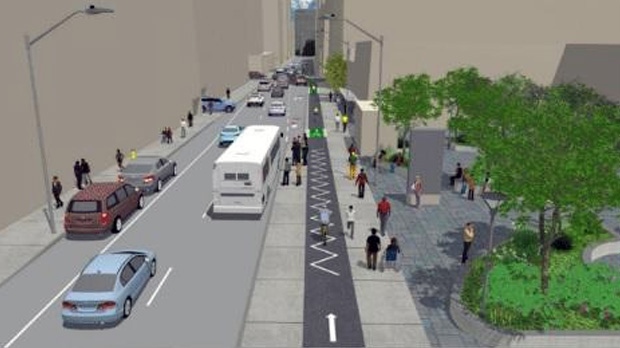 A downtown bus corridor is one step closer to a major transformation when LRT opens.

When the Confederation Line is up and running, the number of buses rumbling through the downtown core will be reduced by half.

With no need for bus-only lanes, the City wants to improve the street-scape for pedestrians and cyclists.

"It is a project that will change how we move through the downtown," said Coun. Catherine McKenney.

McKenney said the changes will enhance safety for pedestrians

"There's only so much public space between each building and up until very recently it was provided for movement by vehicles," said McKenney. "This is a reportioning of that public space for people."

The major project would be completed in segments.

The portion from Bay Street to Waller Street would take place between 2019 and 2022.

Construction from Empress to Bay Street would start in 2021 and last three seasons.

Council will vote on the matter April 11.