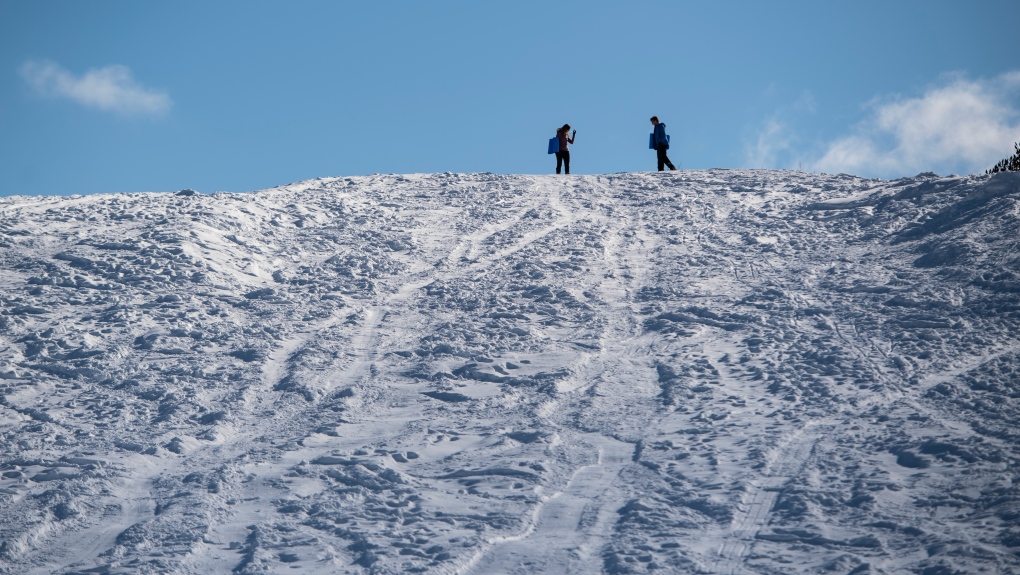 People get ready to toboggan down Carlington Hill in Ottawa after an overnight snowfall, on Wednesday, Jan. 27, 2021. (Justin Tang/THE CANADIAN PRESS)

Monday's winter storm has put a fresh layer of snow on the city's toboggan hills and a no sledding advisory issued earlier this month has now been lifted.

Sledding hills in Ottawa remained open, but in early January, the city recommended against using them because of unsafe and icy conditions.

On Tuesday, the city said it was lifting the advisory.

"Sled only at hills designated for sledding," the city said in a media release. "While other hills and large snowbanks are enticing to sledders, they possess hazards that could cause injuries. In addition, some non-sanctioned hills may have protective measures, but these do not make them safe sledding areas. The City has a list of its sanctioned sledding hills on ottawa.ca."

An 11-year-old girl died following a sledding accident at Mooney's Bay in December, prompting staff to install some safety measures such as hay bales around metal posts. The hill is frequently used for sledding in the winter, but the city says it is not a sanctioned sledding hill.