Owen Healey's love for the game of chess began at the age of six, when he was gifted an electronic chess set from his grandfather.

"The thing I was most interested in was beating my grandpa, but that never quite happened," the Kemptville, Ont. teen said.

"That was one of the turning points I think because after I beat it I started playing a lot more," he said. "I loved the feeling of actually being able to beat something I thought was so strong for the past seven years."

He played chess on and off throughout the years, but it was the spare time he had during the pandemic that brought his passion into full swing.

"The resources online, I came to realize they were really, really good," Healey said. "They helped me improve a lot. It wasn't just meaningless; it was very valuable information that was on YouTube and websites like cheess.com, things like that."

"It took me three months and I saw great improvement," Healey said.

Once he returned to St. Michael's Catholic High School in Kemptville, Ont. in September, he helped to revive the chess club.

Souter started the club 20 years ago, and says Healey's talent is top notch.

"Both students and teachers that I've seen go through the school, by far the best. Absolutely," he said.

"He's really taken it on, he's actively brought kids to chess club, he's taken the role of coach," he added. "What he's doing is all teaching and I think he gets a chance to experiment with some things."

"And it's been a treat for me as a teacher to become a student," Souter noted. "I've really enjoyed that. Humbling as well, but that's ok!" 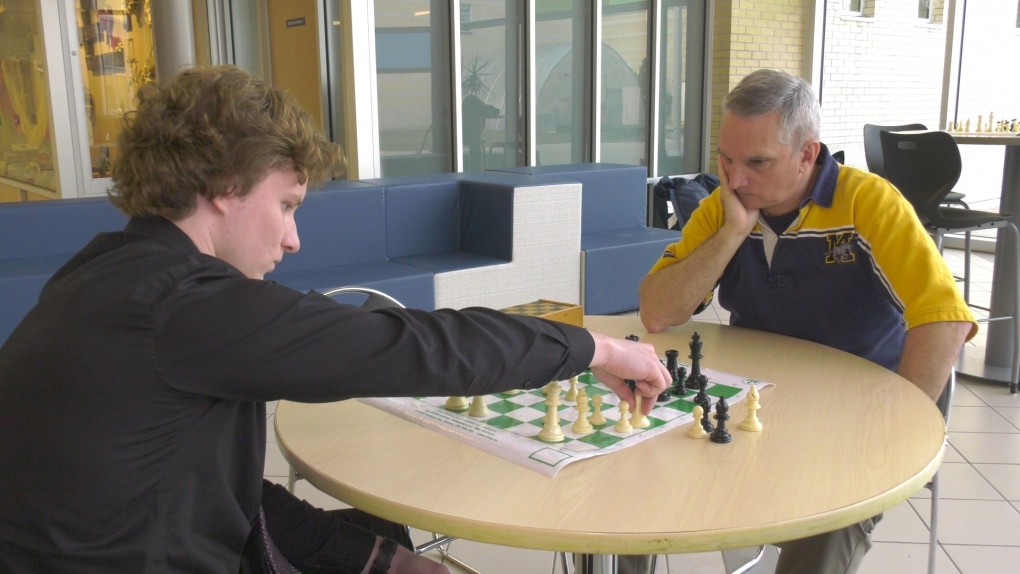 Healey needed more of challenge, and discussed with Souter about organizing a tournament at the school.

"I asked if there was any way I could play a couple teachers at the same time just to advertise the chess club," Healey said. "He said 'Yah, for sure.'"

On Nov. 16, 10 teachers took the challenge, with Healey playing each one simultaneously during the lunch hour.

A U-shape was formed out of tables, and Healey went around to each game making a move.

One by one, Healey kept knocking off players.

"One of the teachers gave me a decent struggle and he was the last one to survive, so I actually sat down and played the rest of the game with him," Healey smiled.

Healey ended up defeating every teacher that tried their luck, including school principal Danny Palumbo.

"Owen took my Queen after the third move and I knew at that point it was over," Palumbo smiled. "I felt maybe my confidence was a bit shattered after that game."

"To tell you the truth, the best player was probably the one right next to me, so I thought Owen was probably going to be more concentrated on him," Palumbo said. "I thought maybe I could be hopeful and slip in a win because he would be concentrating more on that game."

"That didn't happen," he laughed.

Palumbo says he has played chess for nearly 30 years, and during the tournament, other students and teachers were following along.

"It's a hard game, it's hard to pick up, it takes a while, but you know Owen seems like he's a natural," Palumbo said. "I know some of the kids were coming by after wanting to learn the game." 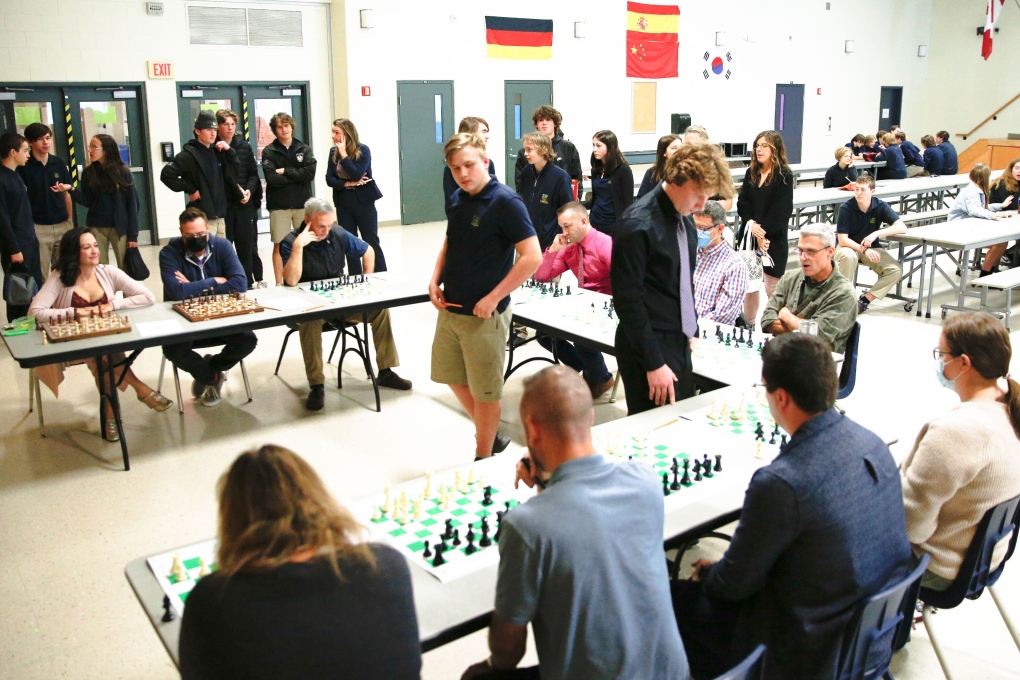 "It was fun to watch Owen sort of like make the rounds and the experience of watching him do 10 games at a time with everybody playing their best game against him, and him sort of managing that. Very impressive," he said, noting he has yet to beat him.

"It does bring the best out of me," he said. "It feels like my game reaches a higher level. I may lose, but what I take away from it is some amount of learning and I know that it's upping my game and that's what it's about."

"It was for sure a confidence booster," Healey smiled. "It kind of opened the doors; it showed me what I could actually do with chess."

Healey hopes to continue playing when he graduates next summer, even dreaming of receiving a chess scholarship.

"I hope to also start coaching as well because I really do love teaching people chess, I love making it make sense to people and, yeah, that's where I really hope to go with it," he said.

Souter says his work with the chess club has already shown results, bringing in 16-20 students weekly.

"It provides an opportunity that we don't get elsewhere, which is for kids from different grades and age groups to all be in the same room as the same time as kind of equals. You get a Grade 9 playing a Grade 12," Souter said.

"In the last couple of years, students haven't had a chance to be with their peers and do the things they love to do," added Palumbo. "It's really nice to see that Owen's come and kind of inspired other kids to take on the love of this game."

Healey says his family are his biggest supporters, including his chess coach.

As for what his grandfather would think of his playing, his face brightens.

"I hope he'd be proud of me, and hopefully now I could play a game with him and beat him," he smiled.

"I think I could beat him!"