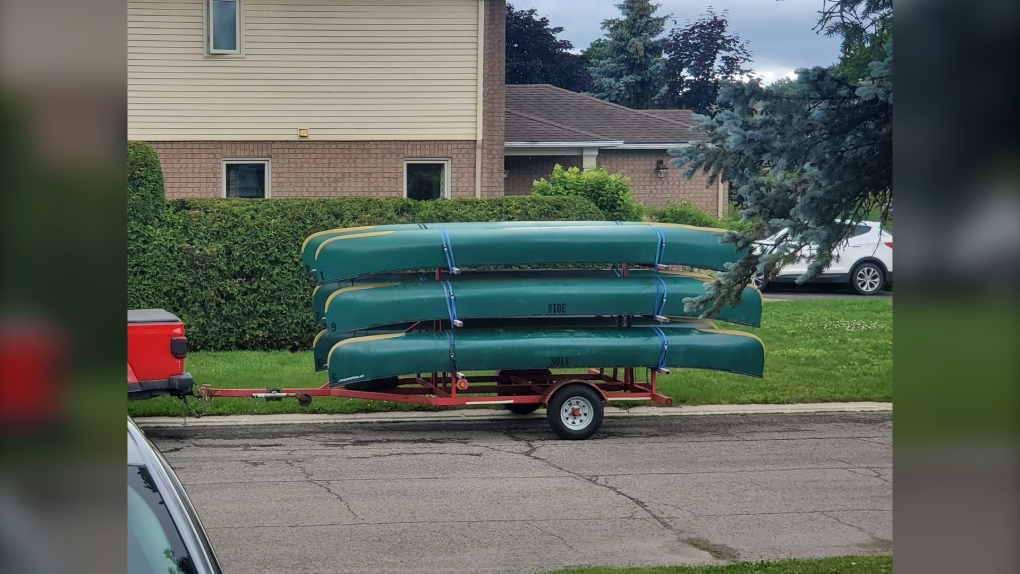 The 3018 Royal Canadian Army Cadets in Orléans is asking for the public`s help to locate stolen canoes and the trailer.

The group reported the canoes and trailer stolen on Sunday afternoon.

"They are 16' Royalex Trailhead Prospector canoes. Stenciled with 3018 on the sides. If the stencil was removed you would most likely still be able to make out the numbers," said the 3018 Royal Canadian Army Cadets in a post on Facebook.

"The canoes are outfitted with knee pads, thigh straps, and blue bow and stern float bags."

The 3018 Royal Canadian Army Cadets says the trailer has some bumper stickers relating to the Army and Army cadets.

Anyone with information is asked to contact the Ottawa Police Service.

The 3018 Army Cadets is a youth program, focusing on adventure training activities such as outdoor activities and international expeditions.

Canada recession: It's coming, RBC predicts, but how long will the downturn last?