BROCKVILLE, ONT. -- Coinciding with Ontario's reopening plan, the Brockville Railway Tunnel opened up on Friday morning, after a shortened season in 2020.

"We haven't been through it yet and we've been looking forward to it and waiting so we're excited," said the Deroche family, newcomers to Brockville.

Other families were already enjoying a cool walk through the tunnel around noon.

"It's nice that we can get the kids back out, especially after a long year of school and stuff online," said the Casselman and Code families, walking together. "It was awesome."

Masks are still mandatory while inside the tunnel, and guidelines are posted on both entrances.

In 2020, the railway tunnel didn't open until mid-August, and quickly closed for the season on Oct. 2. 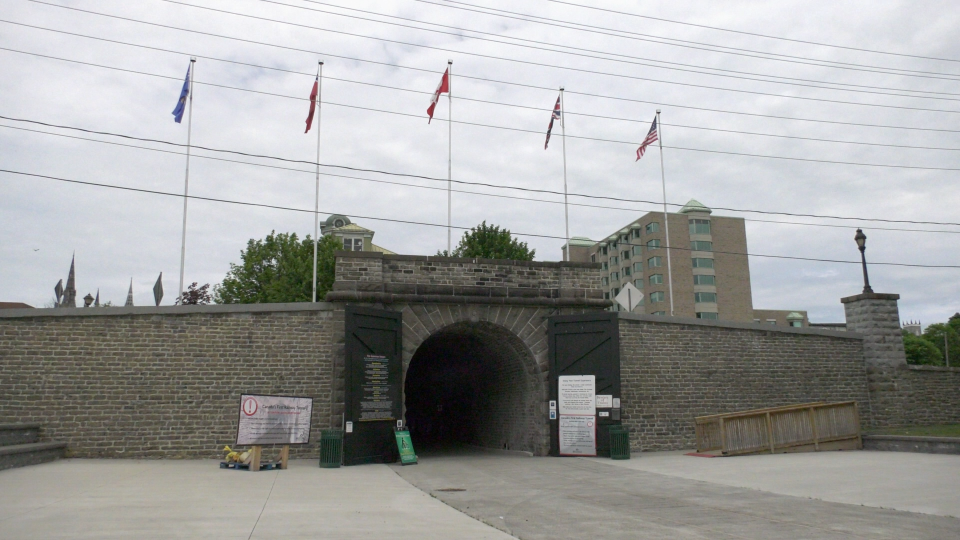 Up on King Street, traffic was noticeably busier, as Step One of reopening allowed businesses and restaurant patios to open.

"I am excited, so excited, and perfect timing," said Laura Phipps of Heather and Crow.

"The effect that (the pandemic) is having on people's livelihoods and quality of life at this point is pretty substantial," she said. "I kind of feel like I have been more focused on just trying to survive."

Next door at Finnigan's Tavern, the patio was quickly filling up for the lunch time rush.

"We're happy to be open again, that's for sure," said owner Dale Donnelly. "It was a hard struggle for the winter, and now it's time to try to make some money again, get the employees back." 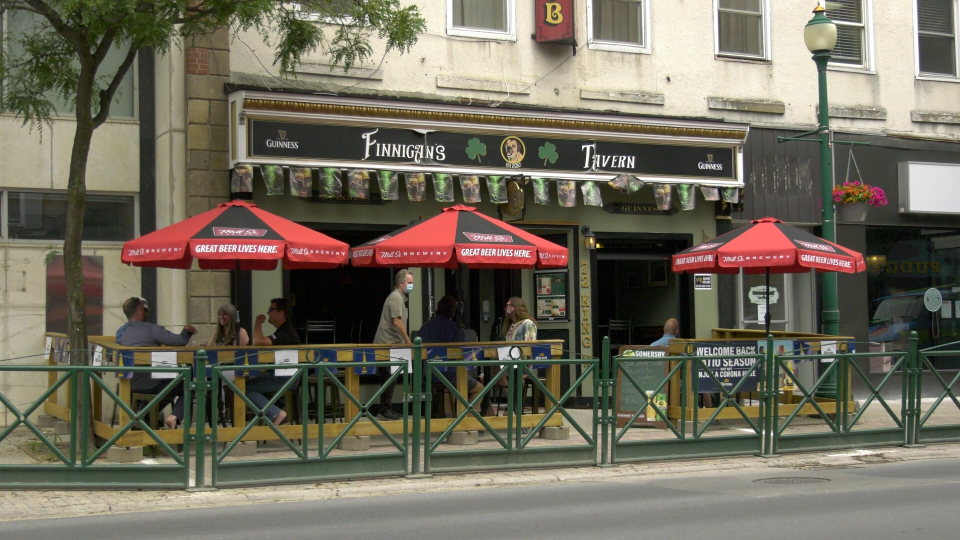 Donnelly said he lost some employees during the shutdown, but has recently hired three servers and two cooks with the reopening.

He purchased the property in April 2020 and has not been open 100 per cent since the pandemic began.

"We've had some kind of restriction on us for the whole time. There have been 20 per cent capacity or we're only patio or only takeout," Donnelly said. "We couldn't survive on the takeout alone just because we're mainly a pub. It was very difficult, but we struggled through it."

Although he is happy to be open, Donnelly wishes he could have more capacity.

"It's the right move to open, for sure, but I think they could have given us a little bit of minimal capacity inside," Donnelly said. "Even if they said 20 per cent that gives us something, especially for small places like this."

Donnelly added the phone has been ringing non-stop for customers wanting reservations, but with only four tables and a maximum of 16 people allowed on his patio, it's only open to walk-ups for the time being.

"We have to keep this patio rolling as fast as we can and try to make up some money again," Donnelly said.

"Obviously, there's going to be a lot more people down here, but there might be a little bit of waiting," Cowan said. "I don't think anyone's going to be too mad about it, we've got parking lots all over the downtown, so come on down."

"All of the businesses are just over the moon about reopening," Cowan said. "It feels so great to be back open, honestly. The spirit of summer is back in the air and it's definitely just a big day for downtown and for all of Ontario."

Some restaurants are taking reservations over the phone, but most were already booked solid through the weekend.

The Railway Tunnel on Blockhouse Island is open daily, 9 a.m. to 9 p.m.