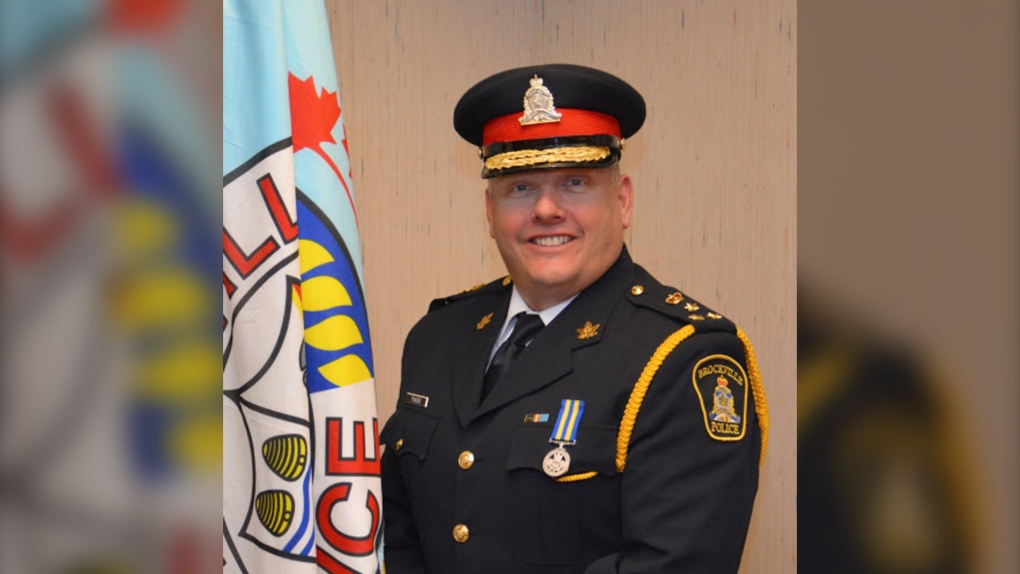 BROCKVILLE, ONT. -- The Brockville Police Services Board has announced that Brockville's Chief of Police, Scott Fraser, has tendered his resignation that will take effect Oct. 3.

Fraser is leaving the role to become the Deputy Chief of Kingston Police.

"It was an opportunity that presented itself," Fraser told CTV News Ottawa on Wednesday. "Obviously, the deputy there had left and they had an opening and they were looking at kind of a larger search and it's something for me that looked like an opportunity and a bit of a change."

Fraser spent 23 years with the Brockville Police Service, seven of them were as Chief of Police.

"You know, in our organization in Brockville, we've got a great group of people lined up ready behind me and I thought now's an opportunity where we can work with those people who we've been working with over the past number of years. If I leave, it creates a number of vacancies. Of course, it's up to the police services board what they do, but I have all the confidence in all of our staff and we have a great organization."

Fraser started his policing career in Vancouver in 1991 and moved back to Brockville in 1998, working through the ranks to eventually become chief.

On Oct. 3, Deputy Chief Mark Noonan will assume the role of Acting Chief of Police "until further notice."

In a press release, the BPSD says it is confident in Noonan's ability to lead Brockville Police and "continue to provide safe and effective community policing to the citizens of Brockville."

Looking back at his career in Brockville, Fraser said he's been involved in a lot of community activities.

"The Special Olympics, obviously thats a great organization, community wise. The Rotary Club, being part of the Rotary Park revitalization. The Winter Classic, all of those events making play possible, you name it. The docks and diamonds. Every community I was literally involved in to some capacity and if I could help I was always there to help," he said. "I'm not going to be far. If they need help again, I'm obviously going to do it. Obviously, there will be new challenges in Kingston and new community group to deal with there."

Fraser will be beginning his new duties as Deputy Chief on Oct. 4.