With Halloween approaching quickly, a new spooky attraction is set to open in Brockville this weekend.

In an upstairs corner at the Aquatarium at Tall Ships Landing, the city's newest escape room, Halloween Hostage, is ready to scare.

"Once you walk inside this room, we're trying to instill fear in people," said creator Jordan Ross, manager of experience at the Aquatairum.

"You are no longer inside the Aquatarium, you are actually locked inside of a cabin of a potential killer," she said, taking about a month to plan and create.

"You're kind of spying around the room, trying to put together puzzles to figure out what the codes to these locks might be, and eventually, hopefully, escape the room," Ross said. 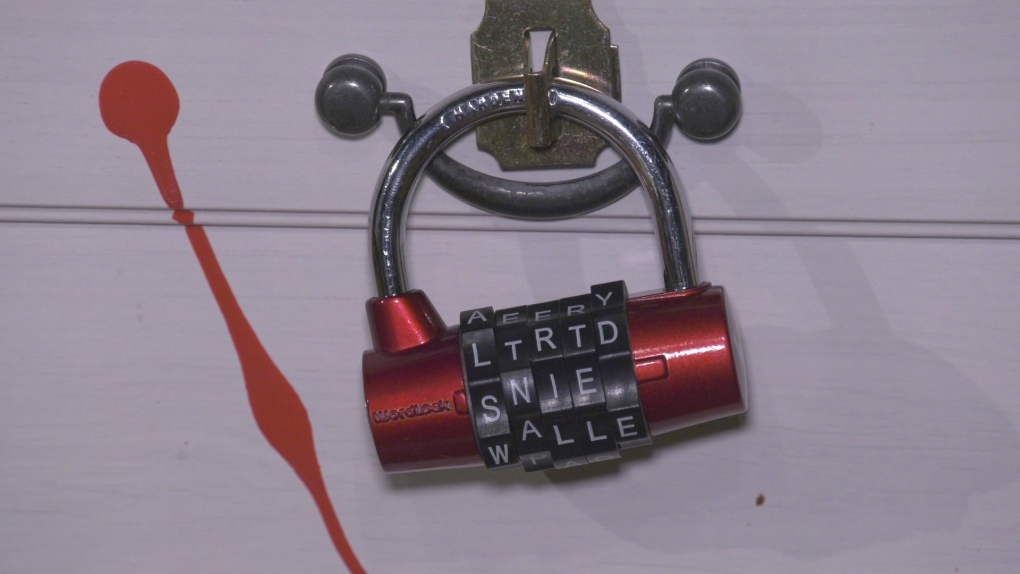 Combination locks are scattered throughout the Halloween Hostage escape room that need to be solved. (Nate Vandermeer/CTV News Ottawa)

This is the fourth escape room that the Aquatarium as offered in a year, and the scariest.

"We wanted to try and touch base with other demographics and to try and diversify some things that we were doing," said Aquatarium director of operations Jennipher Carter.

There are two different room options available, a scary version and one that is a little more tame.

"That's a reason why we are doing two different levels of scary is to try to bring more people in to experience the Aquatarium," Carter said.

"For the less scary version, we're going to have some lights on, make it a little bit less dark, a little bit less creepy and take away some creepy sounds and music," noted Ross. "It just has some atmospheric changes, which just makes it a little friendlier for those who are younger."

Carter, along with Wendy Wright from Brockville's Move 104.9, were the first brave souls to venture within.

A time limit of 45 minutes began when the door closed behind them.

"There's clues hidden around the room," said Ross, overlooking the duo on a video monitor "Some of the things are locks and keys and some of them are combination locks.

"It depends on how fast you are, how logical you are of a thinker and how much fun you have. When you run out of time, you have met your fate unfortunately!" 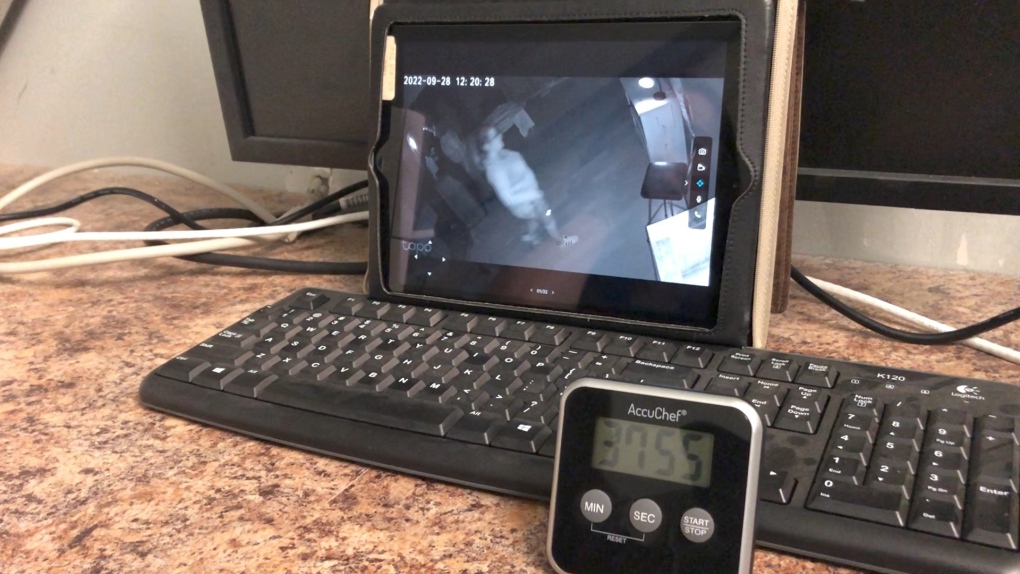 Wendy Wright and Jennipher Carter are monitored on a screen as they attempt to solve the escape room. (Nate Vandermeer/CTV News Ottawa)

While the duo asked for a couple of hints, they could not beat the 45 minute time, coming close to solving the room.

"That was super challenging," added Carter. "I really enjoyed the puzzles. The adrenaline gets pumping and you want to make sure you get out of the room but even if you don't you know you are going to have a good time."

Halloween Hostage opens Sept. 30 and runs every Friday, Saturday and Sunday until Oct. 31.

Tickets are $20 per person and can be bought in person or on the website, with groups up to six welcome. The recommended age is 8 and over.

"I am just hoping to bring people in and give them a great experience," Ross added. "I am a big fan of escape rooms and I think they are a great time, lots of fun."