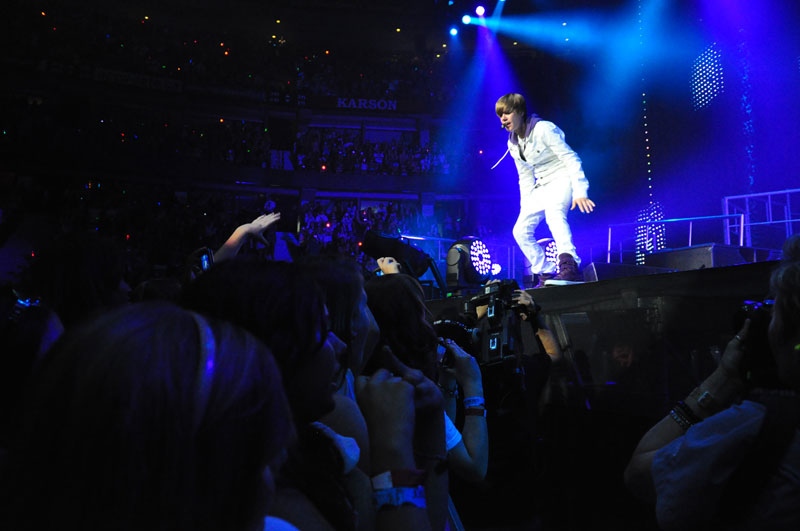 Teen pop star Justin Bieber made hearts flutter and girls scream as he performed to a sell-out crowd at Scotiabank Place in Ottawa Tuesday night.

Dressed in white over a purple hoodie and high tops, Bieber swooned the audience of 16,500 with his latest hits.

At one point, he selected a girl to join him on stage as he sang ‘One Less Lonely Girl.'

Screaming fans, of mostly tween and teenaged girls, arrived at Scotiabank Place hours before the concert Tuesday in hopes of catching a pre-concert glimpse of the pop star. Some even spent the night.

Ottawa fans do him proud

During the day, Bieber tweeted that his guitar player, Dan Kanter, is from Ottawa, and he wanted the hometown crowd to do him proud.

And fans did just that – even though Bieber is a Toronto Maple Leafs fan.

"Ottawa...sorry i had to rep for my Leafs..but u made @DanKanter proud 2nite!! Canada U r incredible. Thank u," Bieber tweeted after the show.

The Stratford, Ont.-born singer rose to fame after he was discovered on YouTube two years ago.

He is now expanding his talents, with an upcoming movie, a recent appearance on CSI and commercials for the Proactive acne line. A book on his life is due out in October.