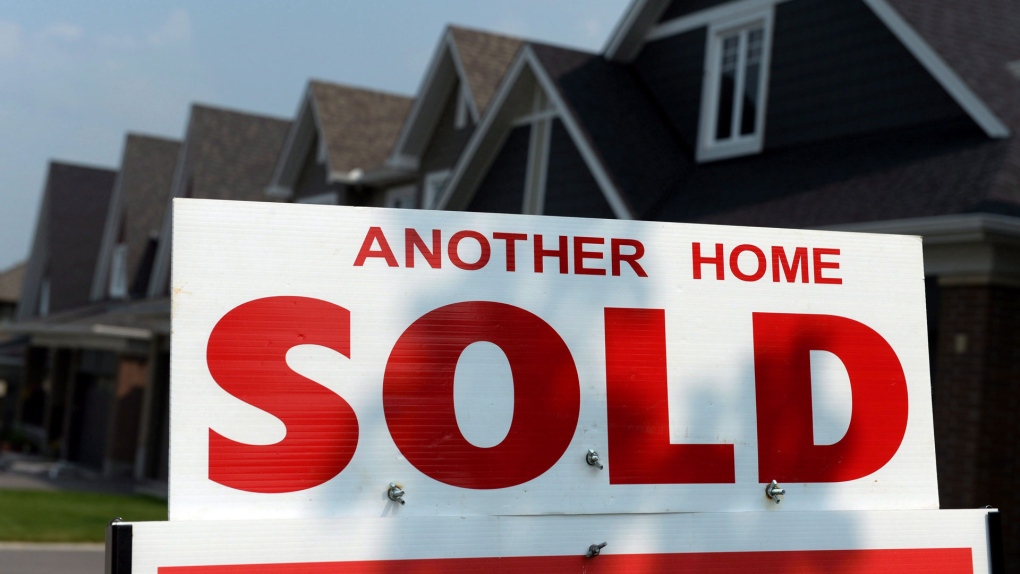 A for sale sign displays a sold home in a development in Ottawa on Monday, July 6, 2015. THE CANADIAN PRESS/Sean Kilpatrick

The average price of a home in Ottawa rose above $850,000 last month, another record as low inventory continues to drive prices higher.

The average home sale price of $853,615 is an increase of 13 per cent from a year ago and $16,000 higher than last month, according to the Ottawa Real Estate Board.

“The housing supply shortage will continue to put strong upward pressure on prices until that is remedied,” OREB president Penny Torontow said in a news release.

A balanced housing market has about four months of inventory. Ottawa’s has just over half a month’s supply, according to the OREB. As a result, properties that hit the market are “quickly absorbed due to the unrelenting high demand,” Torontow said.

The average sale price of a condo in Ottawa last month was more than $479,000, up 10 per cent from the previous year.

The number of homes sold in March is actually down 12 per cent from the previous year. Torontow said that could be because March 2021 was unseasonably warm, or because more people took March Break vacations this year with COVID-19 restrictions eased.

However, the number of transactions in March was still 12 per cent higher than the five-year average. 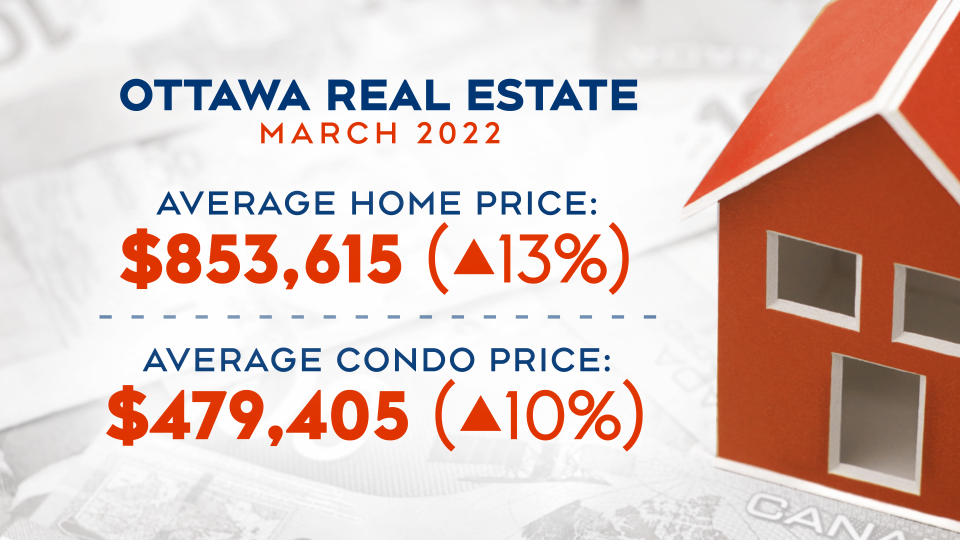 The Ontario government introduced legislation last week to increase the province’s housing supply, including increasing a foreign buyers' tax to 20 per cent and expanding it to the entire province.

“We are hopeful that with the application of these and further measures, Ottawa’s many potential home buyers waiting on the sidelines will finally be able to get a foothold in our local market,” Torontow said.