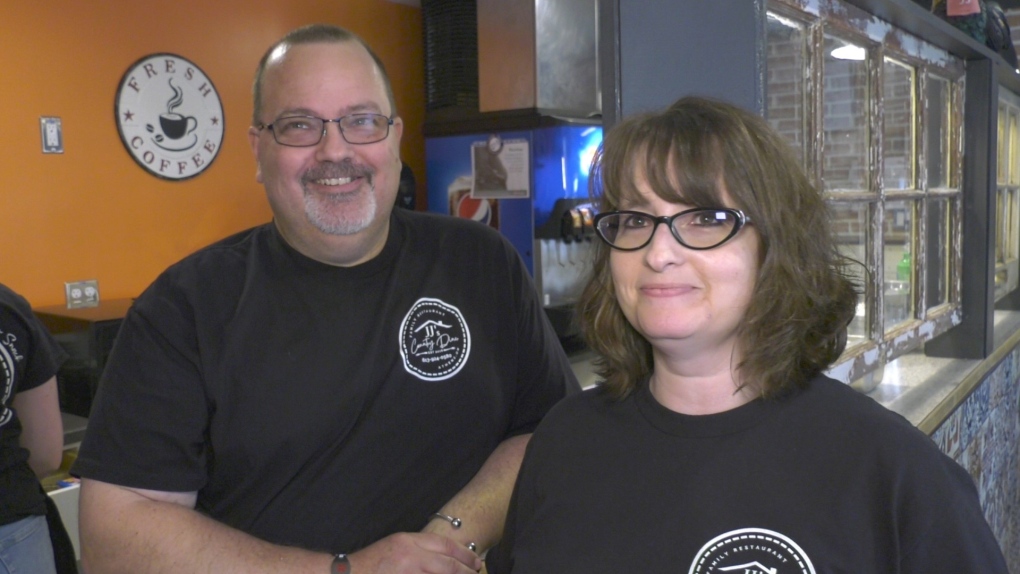 John and Joanne Edgley were all smiles for the grand reopening of JJ's Country Diner in Athens, Ont. May 3, 2022. (Nate Vandermeer/CTV News Ottawa)

A eastern Ontario restaurant held its grand reopening on Tuesday, after a fire shut its doors last September.

"I will do everything in my power to reopen this place," owner John Edgely told CTV News Ottawa in October 2021.

Fast forward to Tuesday morning, hungry customers formed a line outside of JJ's Country Diner in the small village of Athens, waiting for the doors to open.

"It was amazing. The parking lot was lined up with vehicles," said Joanne Edgely. "People were standing outside the door waiting to come in at about quarter to eight and we open at eight.

"It felt really good, you know, that people were willing to come back and support us," she added.

"At first, I was a little nervous," stated John. "Oh, here we go, but then just everything flowed good, no complaints, everybody's is happy, everybody is amazed at the way it looks. I was extremely happy."

While the fire was relatively small, and confined to an office in the front of the building, it was smoke that caused most of the damage, covering everything in a black layer of soot.

Now, the revamped dining room looks brand new, with bright orange walls and a rustic feel. Customers came from Gananoque and Brockville to celebrate the reopening. 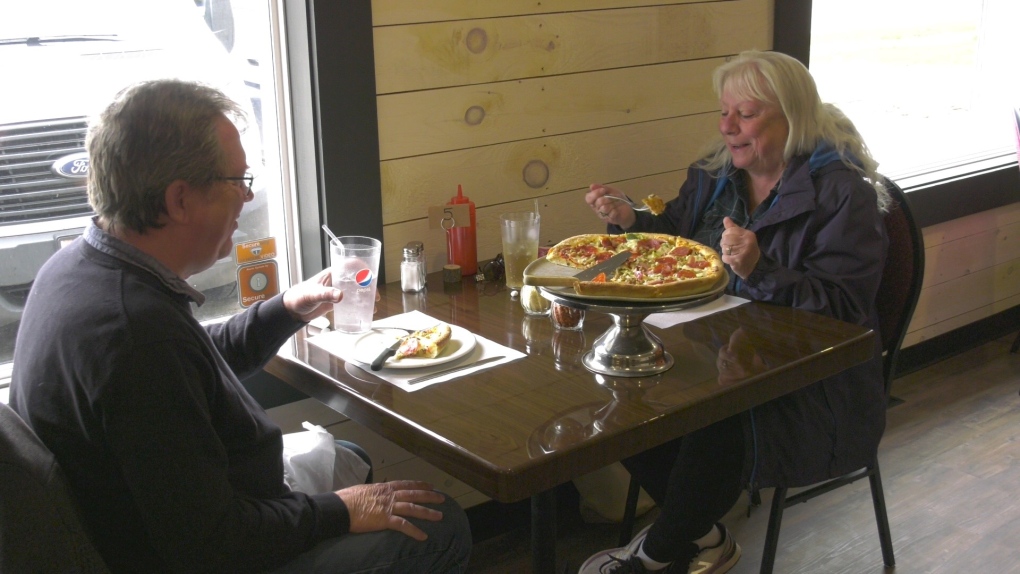 A couple from Gananoque, Ont. enjoys a fresh pizza at JJ's Country Diner in Athens, Ont. on its grand reopening, May 3, 2022. (Nate Vandermeer/CTV News Ottawa)

"It's been a roller coaster ride the last seven months, but we are finally happy and grateful to be able to have made it to the finish line," Joanne said. "It's going to keep going on up from here."

"We're back to 14 staff," John added. "We had to hire six new ones, so there will be some kinks and bugs, but we'll get through it."

And while the Edgelys were full of smiles on Tuesday, rebuilding through the pandemic had its issues.

"(There's) a lot of take out, a lot of deliveries," he said. "Phones are ringing, people are coming in, it's good," added Joanne.

"It's like learning it all over again," John laughed. "It's amazing how fast you can actually forget steps and stages, and oops I forgot to put the coleslaw on the plate or whatever. Just little things."

The menu has also been revamped, offering more vegetarian options and other new additions.

"Thank you very much to the community," said Joanne. "A big thank you to our family friends and our staff. Quite a bit of the family and staff helped us in the rebuild process so we never would have been able to open if we didn't have everyone’s support."

"There was four family members and our staff that were here every day for seven months straight with no money for them," said John. "They were just here on a volunteer basis to get it back open. It's an awesome feeling."