Are plexiglass barriers in restaurants doing more harm than good?

Since the beginning of the pandemic we’ve become used to seeing plexiglass everywhere, from the checkout counter to the office workplace.

Inside Irene’s Pub on Bank Street, plexiglass was everywhere. But when the Ontario government removed physical distancing rules where proof of vaccination is required, that’s when pub owner Mike Estabrooks had had enough of the plexiglass and started to remove it.

“With the size of our restaurant, we weren’t able to spread out tables so that there would be a two-metre distance. So instead what we did is we portioned them off with plexiglass,” says Estabrooks. “Unfortunately it was a bit of an eyesore, certainly. Being a live music venue, naturally everyone wants the best seat in the house. Having plexiglass in between three tables between you and the band creates a little bit of an obstruction.”

Plexiglass is now a common occurrence is most public spaces, Estabrooks says he took his down in stages waiting to see what other venues like his were doing.

Although many restaurants have put up plexiglass to separate their guests, some experts are now saying that it doesn’t help stop the spread of COVID-19 as well as many had thought.

The benefit of plexiglass is changing. Epidemiologist Dr. Peter Jüni, the scientific director of Ongtario’s COVID-19 science advisory table, said last week having too many barriers indoors can restrict airflow to the point that ventilation is less effective. 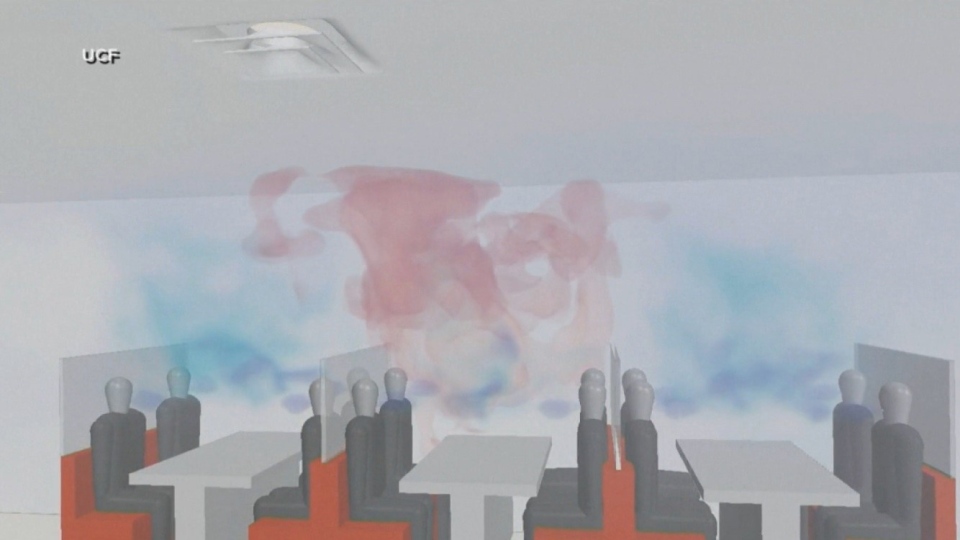 French restaurant Aiana didn’t bother to put up plexiglass at all. Intead, they spread out their tables and installing a brand new HVAC system.

“Being in a restaurant, people are getting up, moving around, touching communal surfaces. So we decided to focus on the social distancing aspect of it,” says Raghav Chaudhary, Aiana co-owner and head chef. “We opened during COVID so we did install a state-of-the-art premium hood vent and ventilation system. All the air that’s sucked out of the restaurant is filtered and converted into a dust and we sweep that perhaps four times per year. So everything coming in is fresh, clean air.”

For Estabrooks, he says he’s holding onto his $3,000 investment in plexiglass, as provincial rules can change overnight.

“One could argue, even if it didn’t provide any real effective safety measures, that it provided sort of a sense of safety,” says Estabrooks. “People were scared to come back inside and if that was one thing that helped, it was well worth the price.”