To anyone else in any other city, the diner at 318 King St. may look like any other.

But in Kingston, it’s something else.

“When I bought it they told me ‘You didn’t buy just a restaurant, you bought an institution,” says owner Michael Argiris.

Opened originally the Morrison family in 1921, Arigiris, 69, has owned the restaurant for 31 years.

“A guy from Scotland, he opened this up... I’m the third owner. The guys I bought it from sold it to me because they said I’m a hard worker,” he says.

Known for its late-night breakfasts before the pandemic, it’s a draw for the university crowd and for shift workers.

Customers say it continues to be a special spot to then.

“It’s an attraction,” says longtime customer Tom Mentrak.  “People will come here because they know the food is good.” 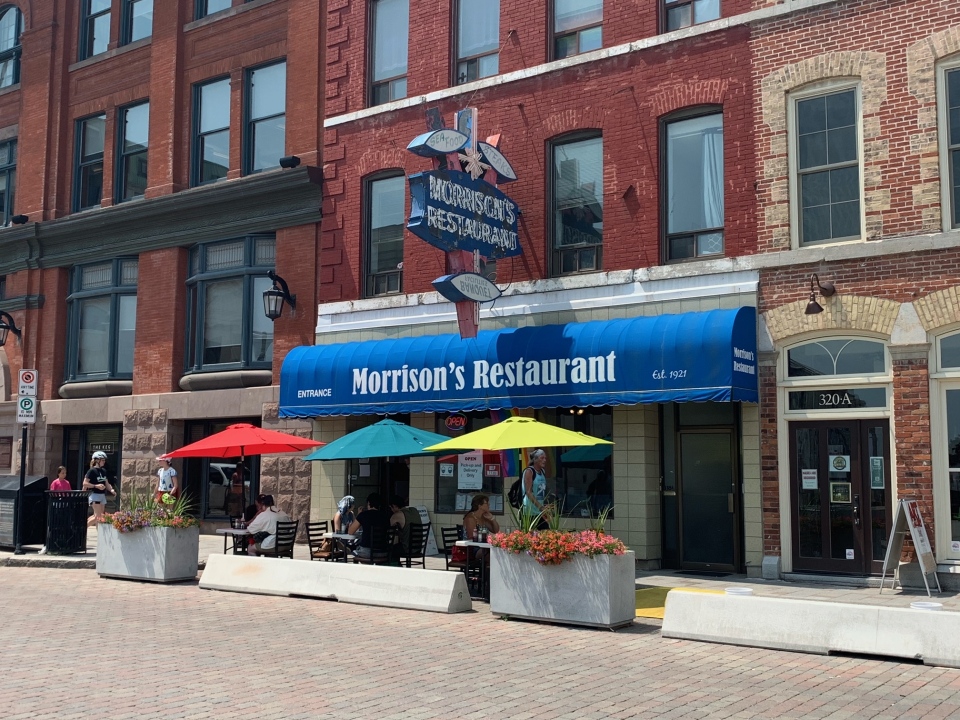 Argiris says it’s also been a magnet for local celebrities over the years.

“Movie stars - Dan Aykroyd was here,” he says. “The Tragically Hip boys were here in the 80’s and the 90’s just about every second day.”

Argiris’s son Chris Argiris, 41, has spent his life growing up here, and that meant watching his dad work hard.

“He came here when he was 18 years old and he had nothing. For him to do what he did and have what he has right now...the work ethic he promotes is very contagious.”

The family has kept the interior vintage feel intact, only renovating the restaurant once in the late 1990s.

The Morrison’s famous signage is the same one put up sometime in the 1960s, says Arigiris.

Keeping it the same over time is something Chris says was important to them.

“No computers, we do all the ordering, bills,” he said. “Just giving it that old school feel. That’s what makes the restaurant what it is.”

Michael Argiris says he plans to retire in the next few years, and will pass the restaurant onto his son one day.

But making it another hundred years? That’s a simple recipe to Michael.