A small street in Stittsville is going big for Halloween

A small street in Stittsville is going big for Halloween

It is just over a month until Halloween and some have already begun decorating, but one street in Stittsville is getting a head start in a big way.

Desjardins lives on Stallion Crescent and they plan to be the spookiest street in town.

“There’s a few of our neighbours that are very, very close and we’re all doing it this year,” says Desjardins.

Dozens of scary animatronics are spread across her entire lawn. Some creepier than others. Some that could give you nightmares. 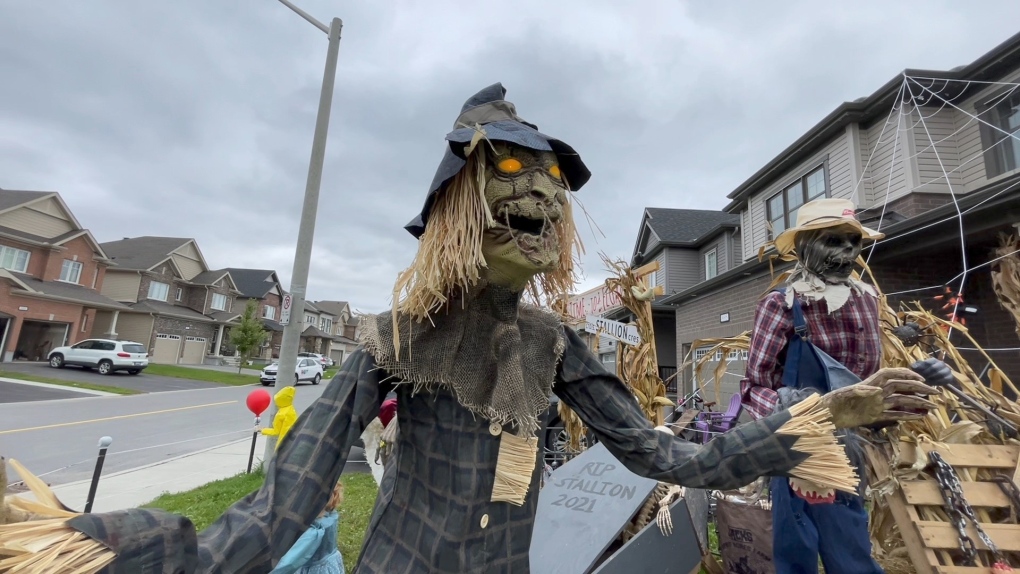 A scarecrow gets set to scare more than crows outside Joelle Desjardins' home in Stittsville. (Dave Charbonneau/CTV News Ottawa)

And if you plan on stopping by to trick or treat, they are collecting money for a good cause.

“I work at Spirit Halloween,” says Desjardins. “So it’s called Spirit of Children where 100 per cent of donations go to CHEO.”

Over the last several years, Spirit Halloween has raised more than $250,000 for CHEO.

Just down the road, two massive skeletons guard another house. 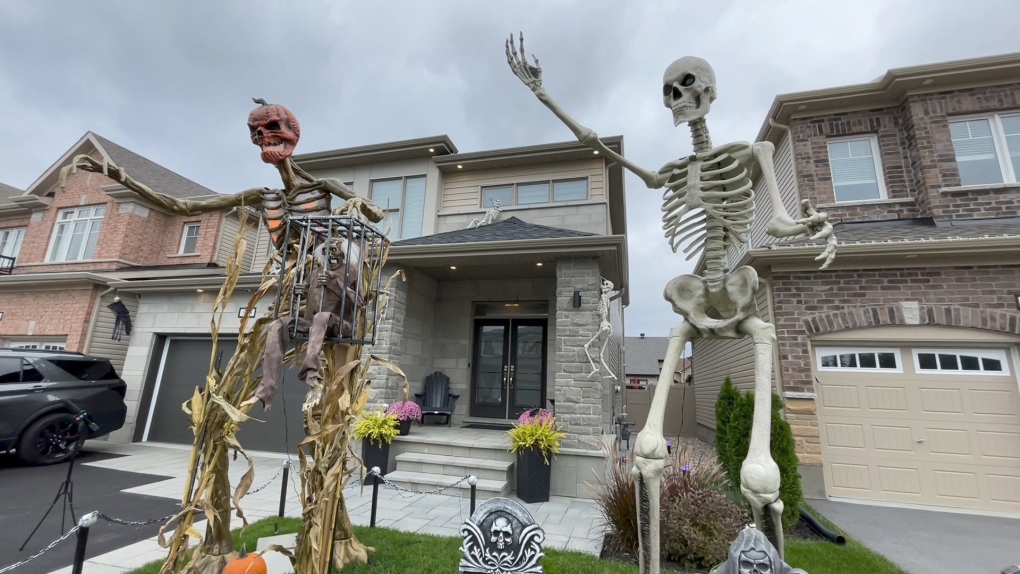 “We start early so we have lots of time to set up all the extra bits and pieces. It’s fun to setup,” says Stittsville resident Nathalie Behan. “Mostly the 12-foot guys. It takes at least two people to put those up, but it’s not too bad at all.”

The popular 12-foot tall skeletons are selling out fast. They were hard to get last year, and it if you don’t have one yet this year, you might be out of luck.

“It was hard to get the skeleton last year,” says Behan. “And we were super lucky to get the pumpkin this year. It was actually on hold for someone and they didn’t show up. So, they took our number and luckily they gave us a call and we went in and nabbed it. It was the only one there.” 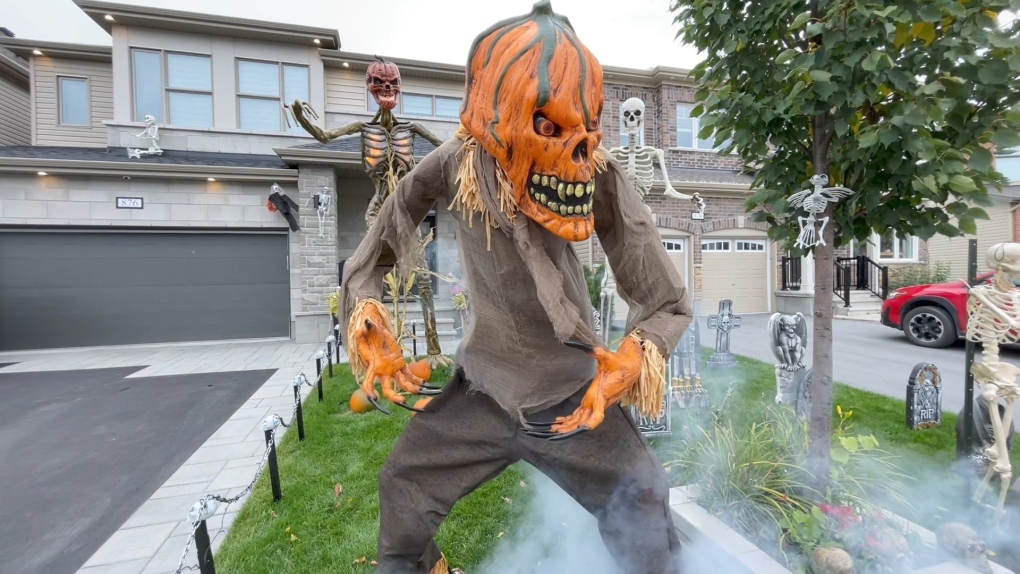 More than 2,500 kids came through this neighbourhood last Halloween. This year, they are prepared with even more candy.

“We brought a lot of joy to the community because it was quite a quiet community before,” says Desjardins.

Even at three years old, the excitement for Halloween is building.

Putting on a scary display is not cheap. Between the two houses, there is nearly $10,000 worth of ghouls and ghosts on the lawns, guaranteed to get you into the Halloween spirit.