A greener bean: How the coffee industry is changing for a sustainable future 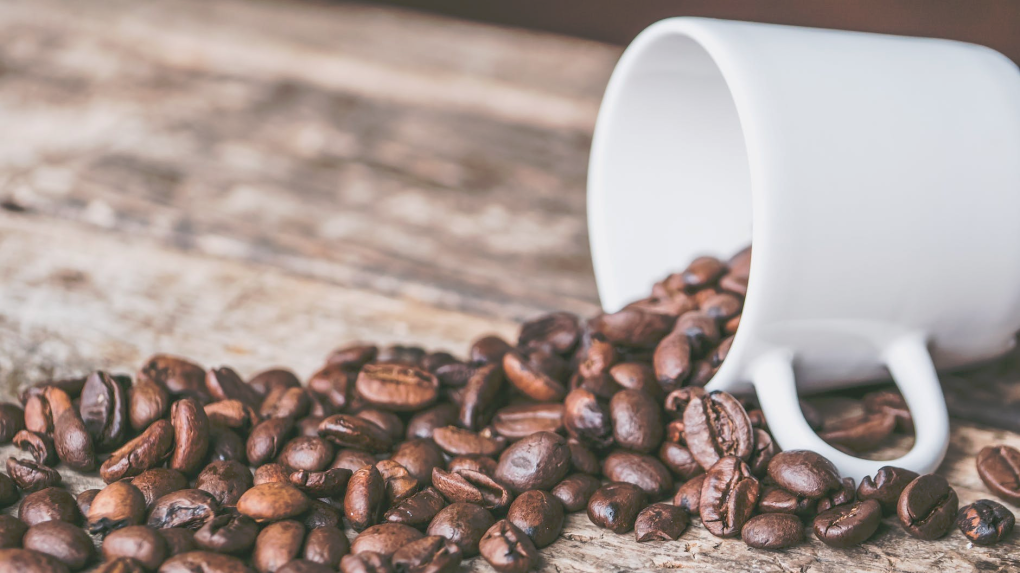 You glare at your buzzing alarm clock after a sleepless night. Thank goodness for coffee, you think. You drag your butt out of bed and shuffle downstairs to your kitchen where a freshly brewed pot of coffee is waiting for you.

What if coffee doesn’t exist 30 years from now? What if climate change means the coffee bean becomes extinct and satisfying your coffee addiction is no longer feasible?

In the wake of a new environmental movement, the coffee industry is shifting towards more sustainable coffee practices and products at all stages of production.

At the farming stage, commercial coffee production has long relied on large-scale monocrops to meet the demand for coffee around the world, but in recent years this practice has been criticized for its negative impact on the surrounding ecosystems.

Tracey Clark, president and CEO of Bridgehead Coffee, has rejected monoculture coffee as part of the company’s commitment to the environment.

“If you were to look at monoculture coffee – so big swaths of coffee land in Vietnam or Brazil where they do strip picking with machine harvesting and they replace coffee trees every five years – that’s a very intensive model,” said Clark.

Instead, the company sells shade-grown specialty coffee sourced from high-elevation plantations. “In small-scale, high elevation coffee, there are often plants that are 15 to 25 years old,” said Clark.

In his book Brewing Justice: Fair Trade Coffee, Sustainability and Survival, professor Daniel Jaffee highlights how important shade-grown coffee plantations are to the survival of other species.

“These plots often contain much of the diversity of the original forest, with dozens of plant species, hundreds of insect species, and a great diversity of soil organisms found in a single small plot,” wrote Jaffee.

There’s also a movement towards environmentally friendly packaging, especially as the single- use coffee pod gains popularity. According to waste management researcher Cal Lakhan from York University, single-use plastic coffee pods are one of the biggest issues facing the coffee industry.

“Literally tens of millions of coffee pods go to the landfill every single year,” said Lakhan. In response to public backlash, companies are starting to offer alternatives to the plastic coffee pod.

Companies such as Nespresso have developed a 100 percent aluminium coffee pod which can be recycled under certain circumstances.

“People love the convenience of it, but they hate the wastefulness of the packaging,” said John Pigott, CEO of Club Coffee.

Club Coffee, one of Canada’s largest roasters, is the first company in the world to create a compostable coffee pod.

“When you’re trying to innovate, you are always searching for a consumer need that hasn’t been fulfilled,” said Pigott. “When there were four million rigid plastic K-cups going into landfills in Canada everyday, people got disgusted by that and we knew that, so we wanted to figure out how to solve that.”

Club Coffee’s compostable pod uses compostable polylactic acid fibre for its filter and repurposes the coffee chaff, a tough husk that protects the bean, into a ring that secures the pod. “Our pod breaks down in about 40 days in industrial composting, converts to dirt,” said Pigott.

Thirty per cent of all pods sold today are compostable. The main reason why there is not more is because compostable pods are expensive to produce.

“It’s very hard to get your costs down when you’re not as big. So, scale works against the innovators because you’re starting smaller,” said Pigott.

Another roadblock facing compostable pods are municipal waste management programs, including the one in Ottawa.

“We’re now facing an issue where –because of municipal infrastructural design – even though we have a more sustainable alternative through the compostable pod, the municipalities won’t accept them,” said Lakhan.

Yet, packaging isn’t the only waste issue facing the coffee industry.

“We used to say our best customer was the drain because people brewed a whole pot of coffee – 12 cups – but maybe six of them went down the drain because after 30 minutes coffee gets burnt or cold,” said Pigott. Lakhan says this is why single serving coffee pods are actually better for the environment than percolated coffee.

“Discretionary consumption, that ability to use only what I need, is actually really good for the environment,” said Lakhan.

This may sound counterintuitive because of the packaging waste of coffee pods, but Lakhan’s research looks at more than just the coffee pod. They use something called the life cycle approach.

“Life cycle perspective uses what we call cradle to grave – or ideally cradle to cradle,” said Lakhan. “It’s kind of taking a macro approach to environmental sustainability because we’re looking at it from a holistic perspective instead of just one segment.”

“When we did a life cycle comparing the percolated coffee pot versus single use pods, what we discovered was that the amount of wastage that occurred with the percolated pot more than offset whatever environmental savings you accrued from not having as much packaging,” added Lakhan.

Coffee industry experts often state coffee is the second most traded commodity in the world. This means your coffee has likely travelled across the world to land in your cup.

This fact is largely due to the locations of supply and demand. Unfortunately, it is extremely hard to grow coffee in Europe and North America where there is the largest demand.

Even in countries that grow coffee, locals drink coffee that has travelled many kilometres. In 1987, Clark travelled to Nicaragua and was shocked to see coffee farmers drinking coffee brands from the global north.

“I could imagine the coffee leaving Nicaragua, going some place in the global north to be roasted, packaged, processed and then shipped back,” said Clark. “Coffee farmers were serving it in the middle of coffee countries as if it was the good stuff.”

When asked about their thoughts on sustainable coffee, a random selection of coffee drinkers in Ottawa said they had never considered the impact of their coffee habits on the environment. “Even though they might want more sustainable solutions, they’re not necessarily taking the time to educate themselves about what options are available to them,” said Lakhan.

So, what can you do to make your coffee habits eco-friendlier? Be intentional about your coffee choices and learn more about the industry. This means picking coffee shops that are committed to sustainable practices such as Bridgehead Coffee. Look for cafes which have metal spoons and china teacups instead of stirring sticks and single-use to-go cups.

Also look for cafes with a composting system… However, this is easier said than done. “I bake into our leases that there needs to be a provision that we can have compost and recycling because most landlords will only ever provide you with safe waste and carboard,” said Clark. You can also look for coffee that is sustainably grown certified and switch to plastic pod alternatives. This means learning what each type of pod looks like.

“The average consumer cannot readily differentiate between a compostable pod, or a plastic pod, or an aluminium pod. To them it’s just a pod,” said Lakhan.

If you stick with percolated coffee, only make what you need and save the coffee grounds to use as compost.

“Any opportunity there is to avoid coffee waste is going to have significantly more impactful impacts on the environment relative to recycling,” said Lakhan.

Finally – and this may be a stretch – you could give up coffee.

“If we can source reduce – meaning that we don’t need to make as many beans… the environmental savings are massive,” said Lakhan.

Overall, adopting more sustainable coffee practices could determine the future of coffee. David Sankoff, a coffee genome researcher at the University of Ottawa, says its important that coffee companies consider the environmental impact of the coffee industry because climate change impacts coffee crops, especially for the Arabica variety preferred by most consumers.

“The problem with Arabica is that it grows in relatively cool areas compared to Robusta, on mountain sides usually. As the temperature goes up, the plantations of Arabica don’t work anymore, and they have to replant them higher up in the mountains,” said Sankoff. Lakhan says he is hopeful for the future of coffee despite the threat of climate change.

“This is probably the first time in my adult life that people are actually really starting to care not just about their consumption habits but their potential impact on the environment,” said Lakhan. So maybe coffee will exist in 2050 after all. Maybe 30 years from now, you will still be able to count on coffee to get through the busy days.

We’ll know when we get there, but in the meantime… thank goodness for coffee.

Rose Danen is a second-year student at Carleton University. This feature was a winning piece for Project J - a student-led initiative that provides Carleton journalism students an opportunity to submit their best work and win publication opportunities among five media outlets. It is organized by the Journalism Society of Carleton University. Putting passion and purpose together, Project J recognizes the talent of student journalists and also spreads awareness about opportunities in the media industry. This initiative was launched in March 2020 and will return in the fall.