Outside Eastway Tank is a growing memorial to the victims of the explosion that killed one and left another five missing and presumed dead.

Hats, flowers, and photos are hanging on the fence just metres from one of the most deadly industrial accidents in Ottawa history.

Among them, a trio of bouquets, soft white flowers poking through Monday’s snow, and the picture of a young boy on his mother’s lap; the words “RIP Danny” written in blue marker.

“It all doesn’t seem too real to me, you just think you’re going to wake up one day and all of this was just a dream,” Jacqueline Beale, Danny’s twin sister said Monday.

The 29-year-old from Deep River, Ont. was the youngest in a family of five, if only by a matter of seconds, but to his sisters, Danny was their baby brother.

“He’s just a very sweet kind - I still want to call him a boy; he’s a big 6’2 man - but he’s a big teddy bear,” Jacqueline continued. “He’s this kind, goofy, lovable guy, like no one can say anything poorly of him.”

A tinkerer turned electrician, Danny worked on the large trucks at Eastway Tank, a skill he’d spent years acquiring through time with his father.

“I always remember him taking apart little engines and tinkering around with things, he got that from my dad, my dad’s a mechanical engineer, and they loved to look at things and put things back together,” Jacqueline said.

Beale was also an avid outdoorsman, a picture of his beaming smile as he holds up a prized fish is affixed to the Eastway Tank sign, but it’s the time at the family’s hunt camp on the Madawaska River that his siblings will treasure. 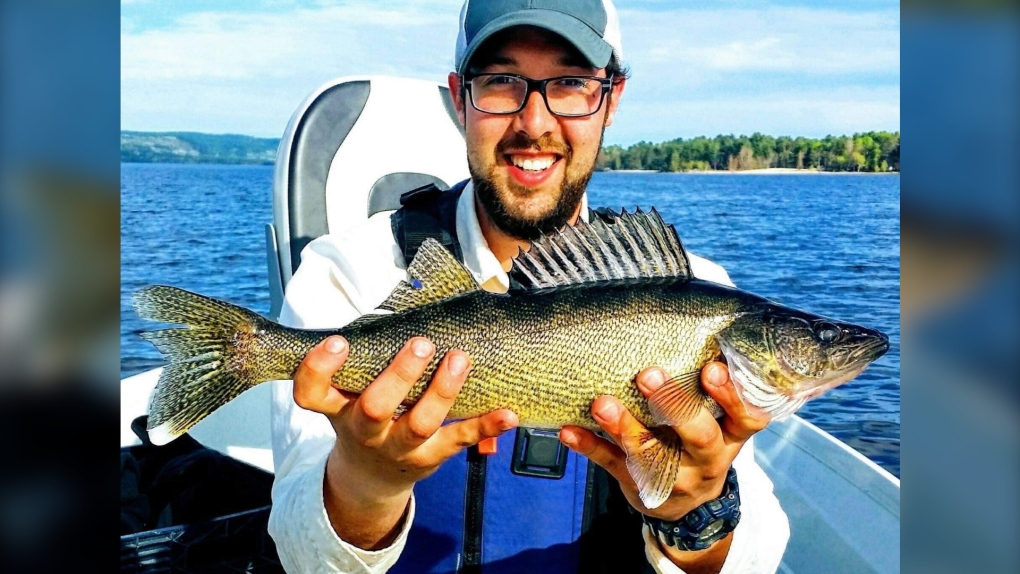 Danny Beale, 29, died in the explosion and fire at Eastway Tank in Ottawa on Jan. 13, 2022. He was an avid outdoorsman, according to his family. (Photo courtesy of Jacqueline Beale)

“He loved fishing, he was passionate about that, if he could be out fishing, that’s where he would be. He gave [his niece] her first fishing rod,” Jacqueline said.

A loving son and brother, Danny was also the proud uncle of a three-year-old niece; always eager to spend time with her, his own childlike exuberance shone through when they were together.

“My daughter didn’t care for me at all when Danny was around, it was like see you later mom, Uncle Dan is here,” Jacqueline continued. “My favourite memories are just watching Danny and my daughter be together because I had the chance to experience him throughout my years and now Olive got to experience that.” 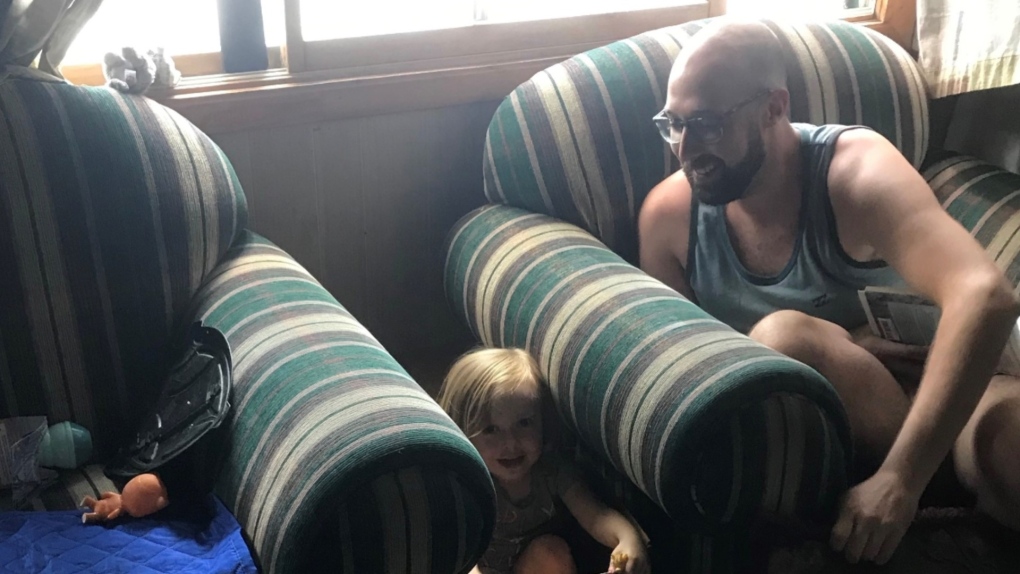 Danny Beale, 29, died in the explosion and fire at Eastway Tank in Ottawa on Jan. 13, 2022. His twin sister Jacqueline says he was a proud and beloved uncle to his niece. (Photo courtesy of Jacqueline Beale)

Beale’s passing was a shock to the family, made more difficult by the horrific cause of his death and the lack of information surrounding the explosion. Sunday, Danny’s family drove to the Eastway Tank site to pay their respects.

“To be at the place where he last was was really hard. Everyday we get new information and then we have to process that and I think all of us are still trying to process the original blow of losing him,” Jacqueline said.

But the connection between twins is strong, and one Jacqueline says she doesn’t worry about losing.

“If he’s around and listening, I feel him wherever I go. I’ve always felt that. He’s one of those people where even though I knew he lived across Canada, I was always looking for him around me and I don’t think that’s ever going to change, and that’s comforting for me,” she said.

Beale is one of the five victims still missing, investigators yet to identify four human remains found at the site of the explosion. It’s a situation that only adds to the family’s grief.

“We’re left with this massive industrial accident where we really don’t know what’s going on day by day,” Beale said.

Still, Beale says she takes comfort knowing her brother’s spirit is with her.

“He was happy and he knew how much we cared for him, cause we would do anything for our little baby brother,” she said.

Beto O'Rourke confronts Gov. Abbott on shooting: 'This is on you'

A news conference about the shooting at a Texas elementary school broke into shouting Wednesday as Democratic gubernatorial candidate Beto O'Rourke blamed Republican Gov. Greg Abbott for inaction ahead of the latest in a long string of mass shootings in the state.

Governor: Texas gunman said he was going to shoot up school

The gunman who massacred 19 children and two teachers at an elementary school in Texas had warned in online messages minutes before the attack that he had shot his grandmother and was going to shoot up a school, the governor said Wednesday.

Who controls the price of crude oil?

Do oil companies control the price of crude? CTVNews.ca asked experts to explain.

'Not parent expected': When a DNA test brings distressing results

While genealogical DNA tests may be marketed as harmless and exciting way for people to learn more about their ancestral heritage, CTVNews.ca speaks with a Canadian researcher who says more support is needed for those who get unexpected results that have potential to disrupt family relations.

Later tonight, the six candidates on the ballot to be the next leader of the Conservative Party of Canada will be debating each other in Laval, Que. CTV News will be live-streaming the debate with English translation and offering real-time updates and analysis, and you can follow along.

The sex assault trial of Canadian musician Jacob Hoggard is hearing from a limo driver who drove one of the complainants to and from the Hedley frontman's hotel in 2016.