What's with Spooky Santa? Hundreds lineup for pictures with a twisted version of Christmas 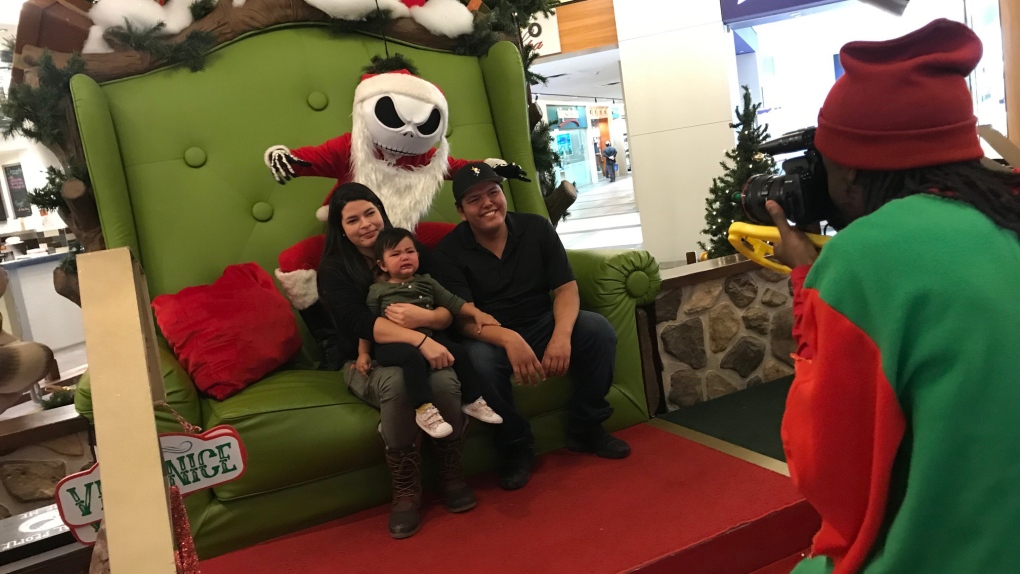 OTTAWA -- Maybe it's too much good Christmas cheer this year, it seems people in Ottawa are interested in a little bit of Yuletide horror too.

Hundreds of people lined up again on Tuesday to see Spooky Santa at Carlingwood Mall.

The anti-Santa poses for pictures traditionally, then climbs up on his chair for another picture.

At one point there was a lineup for more than two hours to get a picture with this different version of Santa.

There is a long tradition of the darker side of the holidays. It appears people are demanding more spook of the season at the mall.