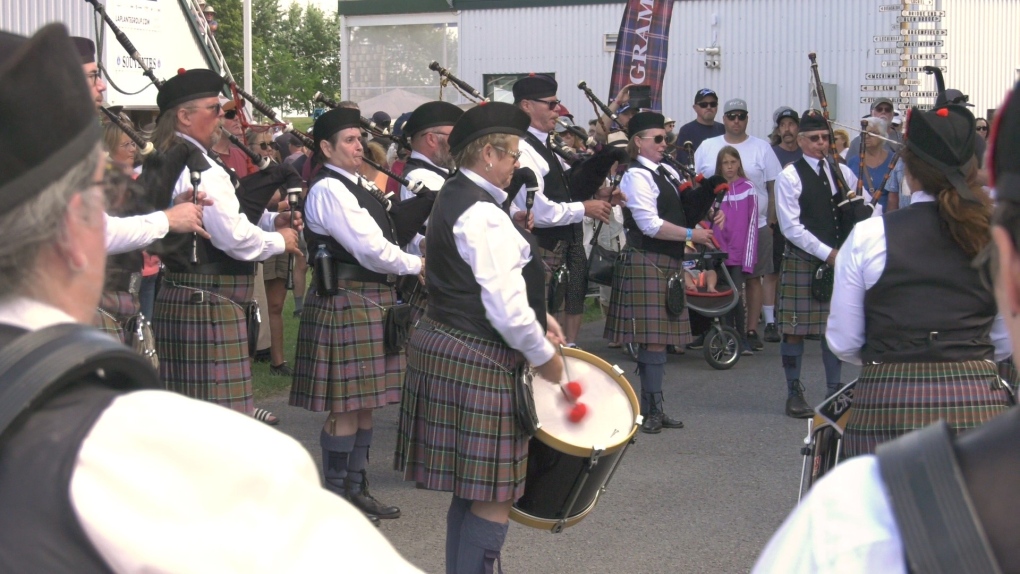 The Glengarry Pipes and Drums playing at the Glengarry Highland Games in Maxville, Ont. on Friday. (Nate Vandermeer/CTV News Ottawa)

MAXVILLE, ONT. -- The 2022 Glengarry Highland Games returned to Maxville, Ont. for the first time since 2019, expected to bring in thousands of visitors to eastern Ontario.

The Glengarry Pipes and Drums welcomed people at the front gate, kicking off the games to much applause.

"It means a lot to be back here," said Director of Bands Matt Goral, who plays with the RCMP Pipe Band. "It's wonderful to see everybody out on the grounds today and hear the sound of the pipes and the drums."

"I was rolling in here at 6 a.m. this morning with a big grin on my face, really happy to be here, and a lot better than sitting behind a computer screen on a zoom meeting," Goral laughed.

The last two years the games were held virtually, but it just wasn't the same for participants and viewers.

"Not the same at all, no," said Glengarry Highland Games President Eric Metcalfe. "People looked at it for a bit, but it wasn't the same as being here like today." 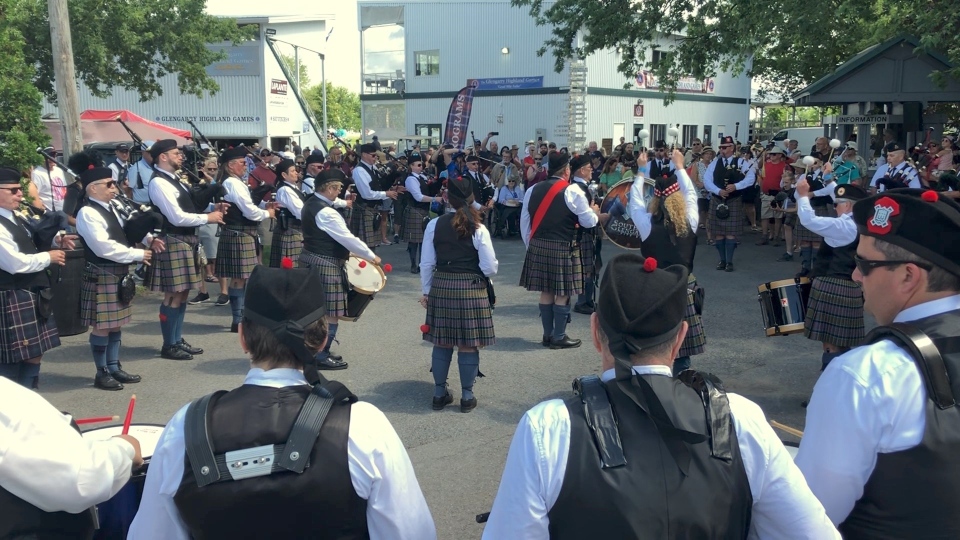 More than 50 pipe bands with 1,500 pipers are competing in the North American Pipe Band Championships.

Other competitions began Friday morning on the fairgrounds, including the stone throw and caber toss.

"We try to keep the infield busy all the time so the people that pay their money to get in can enjoy the show," said Heavy Events Director Rod McLeod.

The event is one of the biggest highland games in the world, with competitors attending from multiple countries.

"Mostly in Canada but we have five or six from the States, and sometimes we have them from Scotland or Australia," McLeod said.

Participants keeping their skills up, with other games returning as well.

"There's three or four games going on every weekend all summer, and those guys go wherever you can afford to go, or people invite you to come and compete," he added. "It's hard to make a living at it unless you're really good but you adapt." 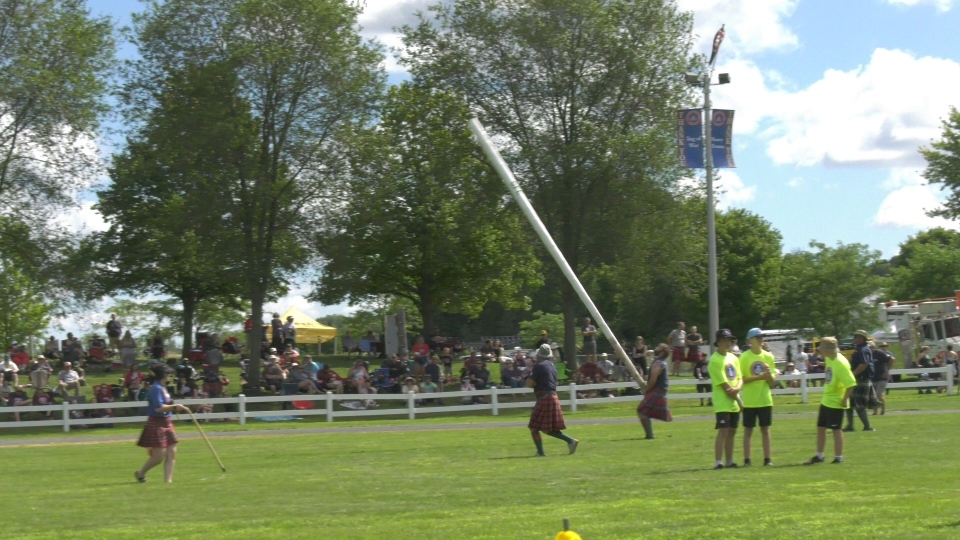 Metcalfe says they expect upwards of 25,000 people to attend the two-day event, which means a boom for businesses across eastern Ontario

"The budget to put this event on is a million dollars, so the economic spinoff for the area, SDG, and Cornwall, Ottawa, Montreal even, every hotel is booked," he said.

"(The) economic impact on the area is unbelievable. I'm sure it's in the millions of dollars," Metcalfe added.

It is a yearly tradition for the Barker family, making the drive from Mississauga.

"Last year we did follow virtually, not quite the same but it's good to be back in person, nice to bring the kids," they said.

"Come early and just roam around the grounds and just take it all in," Metcalfe added. "There are so many little things going on and it's just you'll fall in love with it."

"Just the sights and the sounds," noted Goral. "We've got acres and acres of entertainment that goes on out here, there's something for everybody here, the highland dancing, there's fiddling as well so there's all kinds of areas."

Organizers say they will start preparing for the 2023 Glengarry Highland Games in September.

Admission is $30 per person, with kids 12 and under free. The games wrap up on Saturday. A full schedule of events can be found online.