Marie-Pierre Lefebvre doesn’t have to think hard to remember the moment she was worried she might lose her son.

It was eight years ago, when her then two-month old son Émilien got sick; a runny nose and cough quickly transforming into a nightmare situation for the young family.

“I remember my husband was carrying him and came to me with the baby and he said, ‘There’s something wrong with him,’ and he was just like a rag doll. He was all blue and he was like a rag doll so I thought he was dying,” Lefebvre said.

Émilien was rushed to CHEO where he was intubated for five days with respiratory syncytial virus (RSV). Lefebvre was by his side throughout the entire ordeal, unable to hold her newborn son, anxiously waiting for him to recover.

It’s an experience she says cannot imagine going through today.

“When we brought our kid in, he was one of maybe two or three that year and they said it wasn’t common, but it wasn’t rare either. Now it seems like it’s picking up and I don’t wish that upon any parent to have to deal with that virus,” she said. 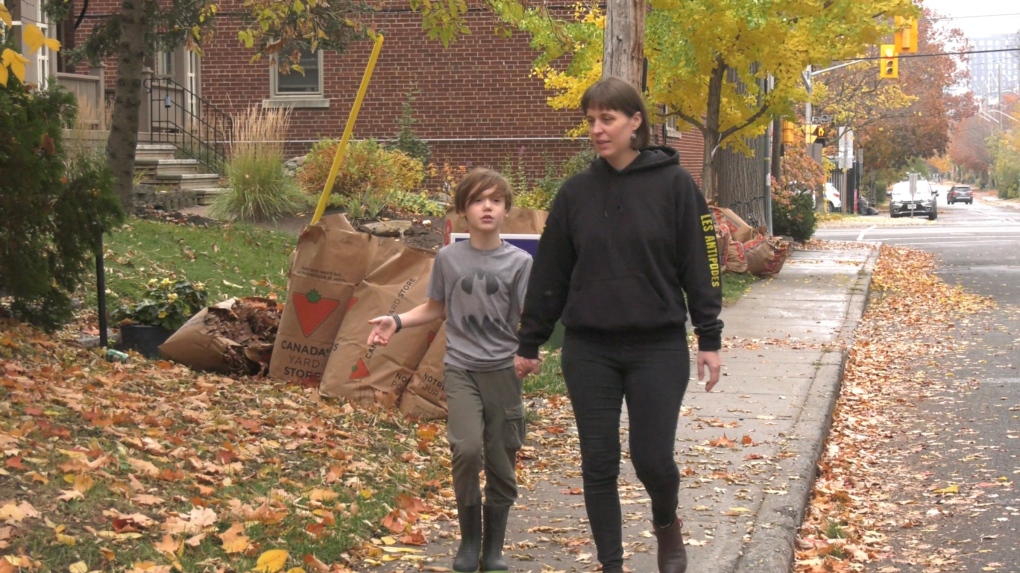 The Children’s Hospital of Eastern Ontario admitted an average of just over two RSV patients in the month of October, pre-pandemic. In the years since, that number has ballooned, climbing to 29 this month, and a record-setting 62 admittances in October 2021.

“We’re seeing a lot more activity in CHEO and also eastern Ontario and actually the rest of the province. This is on a backdrop of huge amounts of clinical activity. I’ll give you an example: CHEO had the busiest April to September in the emergency department in its history,” Dr. Chuck Hui, Chief of Infectious Diseases, Immunology, and Allergy at CHEO told CTV National News Monday.

Dr. Hui says he’s becoming quite concerned about the upcoming viral season; particularly the impacts of a rise in COVID-19 cases, a new influenza season, and the early, sharp uptick of RSV cases.

“I would anticipate things get worse as opposed to get better. How long and how worse it’s going to be is a bit unclear,” Dr. Hui said.

“What we’re also noticing is that we now have two to three years of children who have not been exposed to respiratory viruses before, so they don’t necessarily have the immunity they may have built up in typical types, so we’re also seeing children present with more severe cases,” paediatrician Dr. Katherine Smart told CTV News.

The virus often affects young children, particularly those under the age of two, and mostly causes mild cold-like symptoms such as a runny nose, cough, sneezing or fever.

It can lead also lead to more serious illnesses, like pneumonia and bronchiolitis. Dr. Hui wants that if parents notice their child struggling to breathe, exhausted and unable to eat or drink, they should seek medical care.

It’s a warning Lefebvre is glad she didn’t take for granted.

“[Émilien] was close. If I hadn’t brought to him the hospital I don’t know if he would have survived,” she said.