A rare, mint condition Canadian stamp, issued more than 170 years ago, is going up for auction in Ottawa and it’s sure to fetch a pretty penny.

It’s a philatelist’s fantasy. Sparks Auctions says it is selling one of only two known mint-condition examples of the Canada’s third postage stamp, known as the 12-Penny Black.

The stamp, issued in 1851, features the image of Queen Victoria. Sparks Auctions calls it the “star attraction” of its “Athena Collection” going up for sale in two parts. The first is this Saturday, Jan. 21.

“A first class world rarity, and if you are working on completing a mint never hinged collection of Canada, this is a unique opportunity to acquire what is one of Canada’s rarest mint never hinged stamps,” the lot description for the stamp says.

General Manager of Sparks Auctions Peter MacDonald says this particular stamp has a unique appeal for collectors. To be never hinged means it was never placed in an album using a mount, known as a hinge, which can leave a residue behind or blemish the stamp in other ways. The gum on the stamp is “as if you just bought it from the post office,” he says.

Adding to the rarity of it is the fact that only 1,450 of these stamps were sold, in part because of their price. In 1851, a 12-cent stamp was very expensive and they were rarely used. MacDonald said it would be equivalent to approximately $16.40 CAD today. 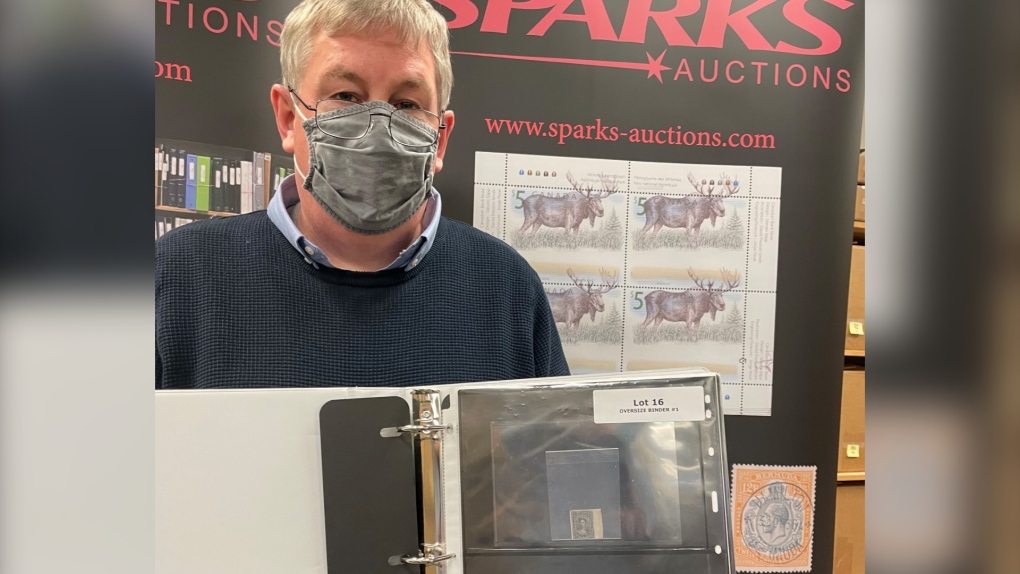 “That stamp would have paid for a letter from Canada to Newfoundland (its own colony then), Bermuda or the West Indies,” he said. “More often, it was used in a pair to pay for a specific mailing rate to the USA. Demand for the stamp was fairly low, and of the 55,000 printed, most were pulled out of post office inventories and burned – a common practice back then.”

“It has its own iconic status not only as Canada’s first stamp but also as the first stamp in the world to picture an animal,” MacDonald explained. 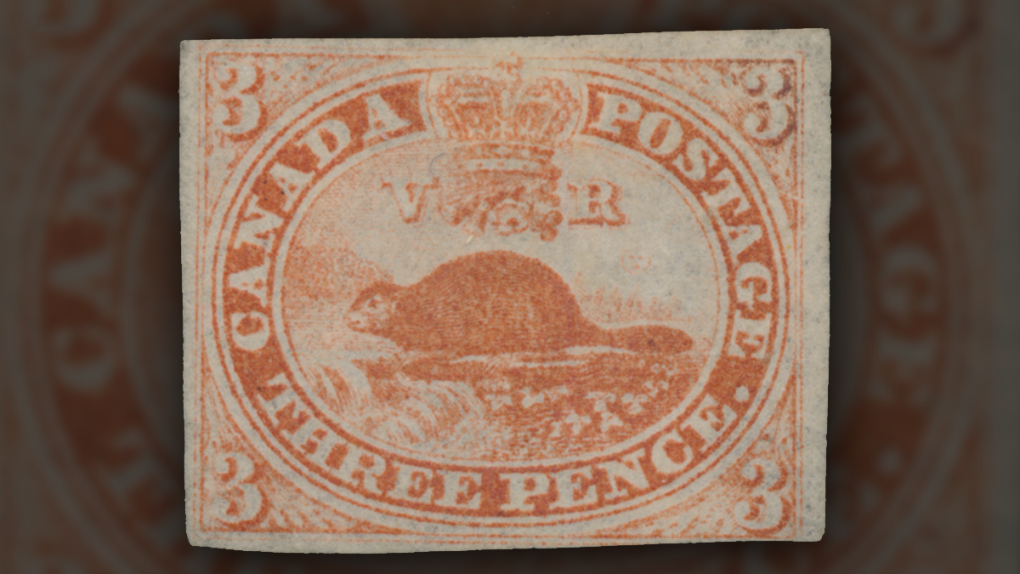 An example of a three-penny beaver Canadian stamp up for auction at Sparks Auctions Jan. 21, 2023. The stamp is notable as Canada's first and the first in the world to feature an animal. (Sparks Auctions/supplied)

The auction is scheduled for 9 a.m. Saturday at 1770 Woodward Dr. in Ottawa. More details about the action can be found online at https://sparks-auctions.com/