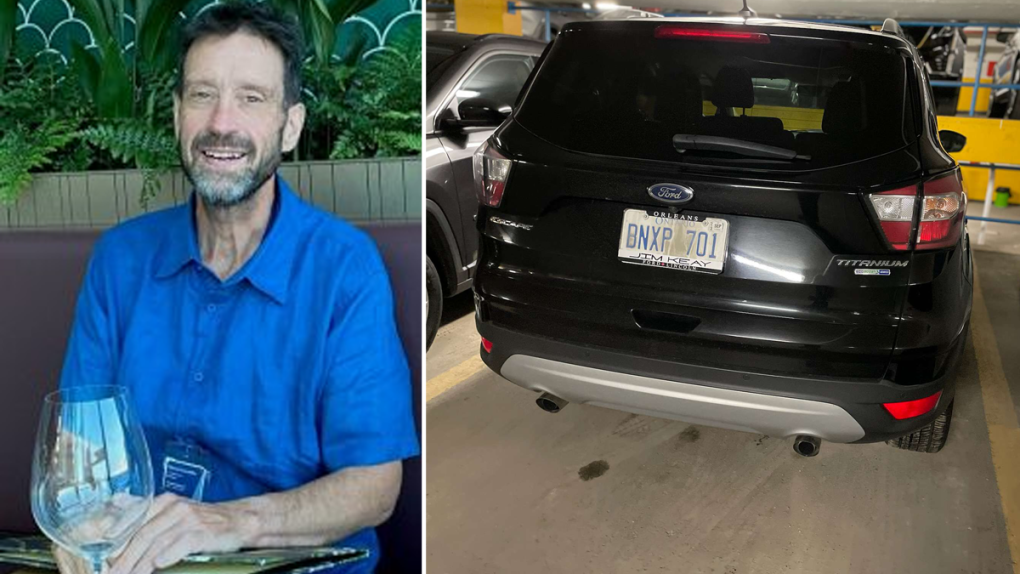 Michael Scandiffio, 57, of Gloucester, was last seen at around 8 p.m. Saturday, Oct. 1, in Ladysmith, Que., about 75 km northwest of Ottawa. He was headed to the Otter Lake area, just north of Ladysmith, in a black 2017 Ford Escape, with Ontario plates BNXP 701. (Sûreté du Québec/handout)

Quebec provincial police are appealing to the public, especially hunters and hikers, to look for signs of an Ottawa man who went missing in the Pontiac region.

Michael Scandiffio, 57, of Gloucester, was last seen at around 8 p.m. Saturday, Oct. 1, in Ladysmith, Que., about 75 km northwest of Ottawa. He was headed to the Otter Lake area, just north of Ladysmith, in a black 2017 Ford Escape, with Ontario plates BNXP 701.

Officers from the Sûreté du Québec (SQ) and the MRC de Pontiac went door-to-door in the Ladysmith and Otter Lake areas as part of the investigation and the SQ helicopter flew over the area Tuesday. Police say several investigative steps have been taken and are continuing, in particular verifying images taken by surveillance cameras.

“We are asking for the public's cooperation in locating Mr. Scandiffio. During this fall period, we are asking hunters and hikers who will be present in isolated and wooded areas to pay particular attention to their environment,” the SQ said in French in a news release Wednesday.

Anyone who sees Michael Scandiffio or his vehicle is asked to contact 911.

Any information that could help find him can be communicated, confidentially, to the Criminal Information Center of the Sûreté du Québec at 1-800-659-4264.

The Senate passed bipartisan legislation Tuesday to protect same-sex marriages, an extraordinary sign of shifting national politics on the issue and a measure of relief for the hundreds of thousands of same-sex couples who have married since the Supreme Court's 2015 decision that legalized gay marriage nationwide.