Quebec businesses celebrate the reopening of the Ottawa-Gatineau boundary 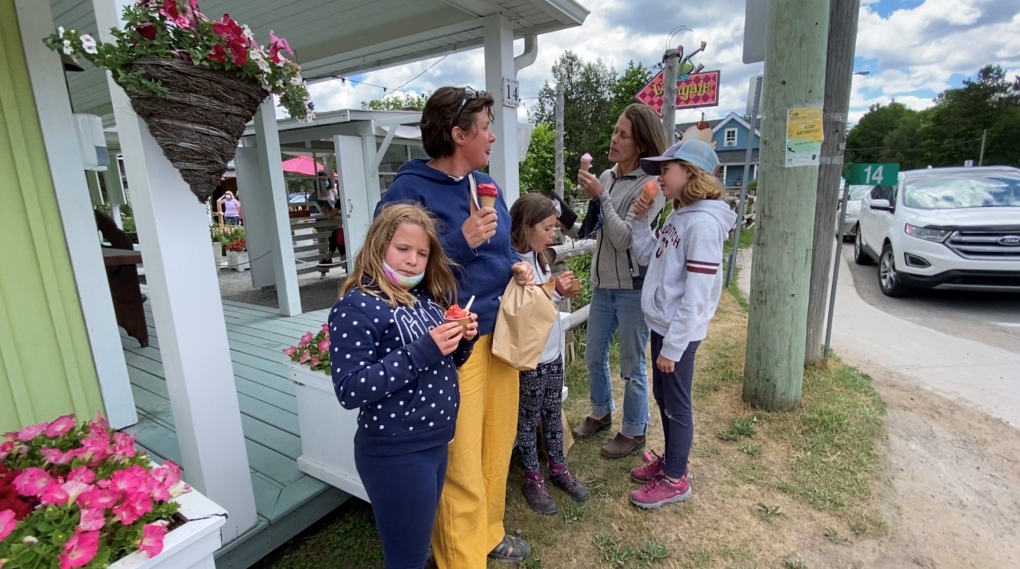 OTTAWA -- Ontario has lifted the non-essential travel restrictions at the borders with Quebec and Manitoba, allowing residents to travel between the provinces.

In the national capital region, the reopening of the Ottawa-Gatineau crossings will likely result in a boon in business, but only for the ones that are allowed to be open.

In the village of Chelsea, patios are filling up with patrons from both sides of the border.

Tonique Restaurant owner Bridgette Vanhoutte says the majority of her revenue comes from out-of-town visitors and she’s happy to welcome everyone back.

Vanhoutte says that for nearly two months, while police checkpoints were in place at the border, many restaurant owners in the area would turn away patrons from other provinces to avoid the risk of a steep fine. With that done, she’s happy to welcome anyone back.

"A lot of people are going to be coming back here to Chelsea," says Vanhoutte. "I want to make them feel special, I want to stick to my values and no I don’t want to close again."

Salons can also welcome back Ontarians, but at Zeut Coiffure, only minutes from Ottawa, owner Pierre Enright never turned a client away.

"I’m not there to do the law. I don’t care if they’re from Ottawa, Ontario or the states," says Enright, adding that it’s not revenue that makes him excited about the border being open, it’s a stress-free visit for customers.

"Our customers come here to relax and even though they crossed the bridge with the lockdown they were always stressed to arrive and to go back … but in their head Ottawa and Gatineau is the same city."

But it’s not. They are two provinces with different rules. While salons, indoor dining and malls can open in Gatineau, less than a kilometre away in Ottawa, those establishments remain closed.

For shop owners like Tanya Hill, who runs Tapas Salon and Beauty Bar at the Carlingwood Mall, it’s a point of contention.

Hill says the province needs to take a more regional approach to COVID-19 restrictions, especially now that they have signalled that travel is safe by opening boundaries.

With Quebec so close to the capital, it’s another financial hit, as she has to wait until Ontario moves into Step Two, which will likely be in July.

"We’re 32,000 hair stylists that aren’t working, so it’s time to get open. We’re trained, we know what to do, all the protocols are in place," says Hill. "When you look at Quebec, they’ve been open now for six weeks and their numbers continue to go down and I don’t think there’s a direct correlation to the salons."