Police have arrested 170 people over the past two days as officers moved in to clear "Freedom Convoy" demonstrators off Wellington Streets and other roads in downtown Ottawa for the first time in three weeks.

Officers moved protesters off the streets around Parliament Hill on Saturday, a major step in their efforts to end the demonstration that began Jan. 28.

"At every step in this operation, we've been upfront and clear with the unlawful protesters that they must leave the area."

Tensions were rising in downtown Ottawa Saturday evening as police continued to extend its secured perimeter in the Parliamentary Precinct.  Police say an ARWEN weapon was deployed to stop "violent actions" of the protesters.

"Protesters were assaulting officers with weapons warranting the deployment of mid range impact (ARWEN) to stop the violent actions of the protesters," Police said on Twitter.

As of 3:30 p.m., 47 people had been arrested as part of the police operation today. There have been 170 arrests since the operation began on Friday, and 53 vehicles have been towed from downtown streets.

Wellington Street was the main staging ground for the Freedom Convoy demonstration, with dozens of trucks parked along the street in front of Parliament Hill and in front of the Chateau Laurier hotel. Shortly before Bell spoke to reporters, police had removed all protesters from Wellington Street and closed off the area to traffic.

Trucks and vehicles that have blocked several roads in Ottawa's core for 23 days have either left or been towed.

Police say all vehicles on the Sir John A. Macdonald Parkway left or were towed. Eighty-seven vehicles were on Kent Street Saturday morning, and police now say all vehicles south of Queen Street left.

While the interim chief said there had been progress in the operation to end the protest on its 23rd day, he cautions the operation will still take time.

"To downtown residents, we are focused on your safety. We are not going anywhere until you have your streets back," Bell said.

"We are aware of protesters leaving the Parliamentary Precinct, moving to surrounding neighbourhoods.  We are working with our partners and we will remove these protesters from your area. This operation is still moving forward, it is not over and it will take more time until we have achieved our goals."

Armed with batons and wearing helmets, and using a "chemical irritant" at times, police moved quickly Saturday morning to push a line of protesters back from near the Chateau Laurier hotel on Wellington Street.

Live video from the scene showed smoke in the crowd at times as police and protesters clashed. Ottawa police claimed the smoke did not come from officers. Police claimed protesters have been launching gas canisters at officers. Police later said they arrested protesters wearing body armour, who allegedly had smoke grenades and fireworks on them. Other smoke grenades and fireworks were allegedly found in a vehicle. Protesters have set off fireworks regularly at night through the last three weeks.

"When we deployed our officers this morning, you saw the public order units on the ground sweeping across the downtown core from east to west and moving demonstrators out of the Parliamentary Precinct," Bell said.

"Our officers continued to face resistance. At one point a flare was ignited by a protester. Officers used a chemical irritant, also known as pepper spray, to disperse unlawful demonstrators who were resisting police orders."

In a statement, convoy organizers said they asked truckers to move from Parliament Hill to avoid what they call “further brutality” at the hands of police, but they acknowledge moving the trucks will take time.

“This has been communicated with Ottawa police and we hope they will show judicious restrain(sic).”

Police claimed one officer had suffered a minor injury during the day Friday, but they said no one had been seriously injured or killed. Police alleged someone threw a bicycle at a horse, tripping it, but the horse was not hurt.

The statement from convoy organizers came several minutes after police had moved to push protesters off of Wellington Street.

Senior police sources tell CTV News Ottawa's Graham Richardson they expect to "break the back" of the ongoing occupation that has paralyzed downtown Ottawa.

Sources say the financial penalties allowed under the use of the federal Emergencies Act are also being applied and are, in some cases, affecting family members of those involved in the illegal protest in Ottawa. Public Safety Minister Marco Mendicino says 76 financial accounts have so far been frozen.

"PROTESTORS: We told you to leave. We gave you time to leave. We were slow and methodical, yet you were assaultive and aggressive with officers and the horses. Based on your behaviour, we are responding by including helmets and batons for our safety," police tweeted.

There were 60 vehicles remaining in the occupation zone early Saturday morning, according to CTV's Mackenzie Gray.The intersection of Rideau Street and Sussex Drive is significantly changed. Many vehicles had remained parked there for weeks, but as of Saturday afternoon, the intersection was under control of police.

Senior police sources tell CTV News Ottawa the lack of serious injuries is a testament to the restraint and patience of police on the front line. They say each location requires a different approach. Actions taken near the University of Ottawa, for example, differ in scope from those taken at Rideau and Sussex.

Lich appeared in court for a bail hearing Saturday. 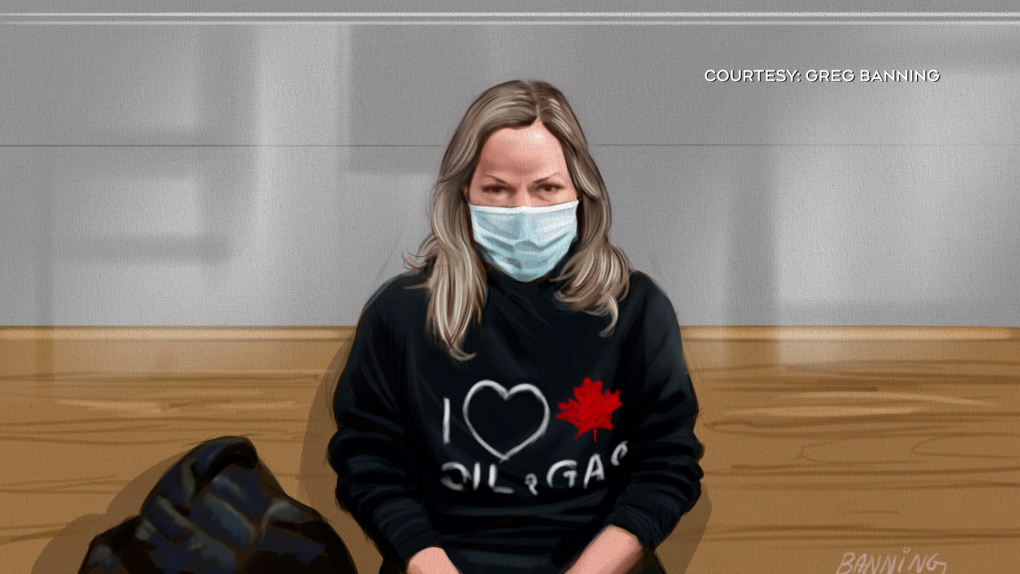 INJURIES IN THE SECURED ZONE

Ottawa paramedics say 21 people have been transported to hospital from inside the "secured area" since Friday.

"Yesterday, Ottawa Paramedic Service received 29 requests for assistance within the secure area, of which 18 were transported to the hospital for non-life-threatening injuries," Ottawa Paramedic Chief Pierre Poirier said.

"As of 11:30 am today, Paramedics have received five requests for service, of which three were transported to hospital for non-life-threatening injuries.

"No fatalities were recorded." 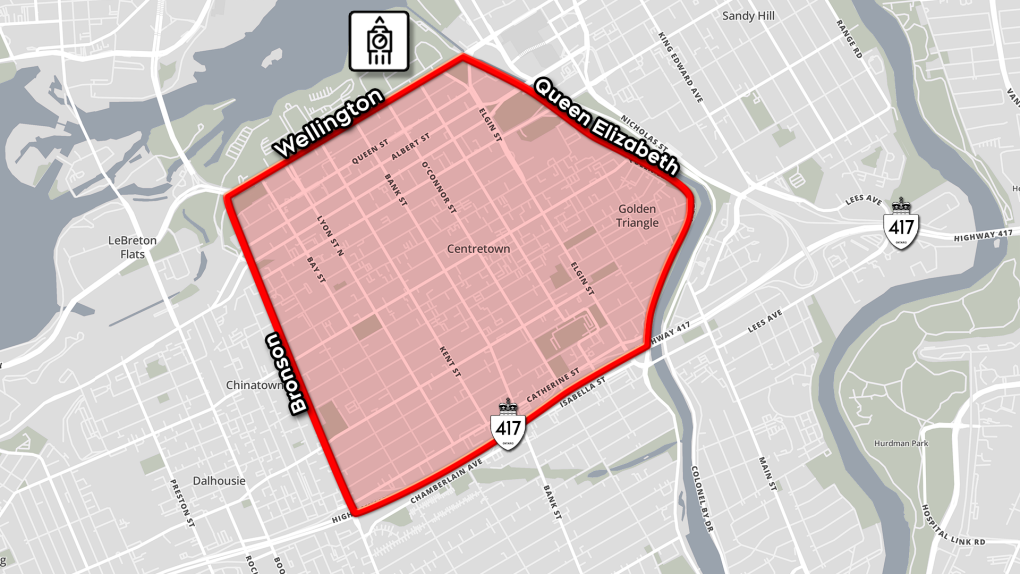 Gatineau police say pedestrians can only enter Ottawa on the Champlain Bridge.

Police closed the Chaudieres Bridge on Saturday to "prevent an influx of protesters into Ottawa," police said on Twitter.

The Portage Bridge is closed to vehicle traffic, except the southbound lanes are open for essential workers.

The O-Train will not be running downtown until further notice due to the police operations.

After raising interest rates eight consecutive times, Bank of Canada Governor Tiff Macklem told an audience in Quebec City on Tuesday that inflation is showing signs of 'turning the corner' and that the coming year 'will be different.'

The British Columbia government has introduced legislation to make Sept. 30 a paid statutory holiday marking the National Day for Truth and Reconciliation.

Germany, Denmark and the Netherlands announced Tuesday that they plan to provide Ukraine with at least 100 refurbished Leopard 1 battle tanks, a pledge that comes as Kyiv anticipates a new Russian offensive around the anniversary of its invasion.

A dog named Kujo will be euthanized after a B.C. judge determined the animal is "likely to kill or injure" if released from the pound.