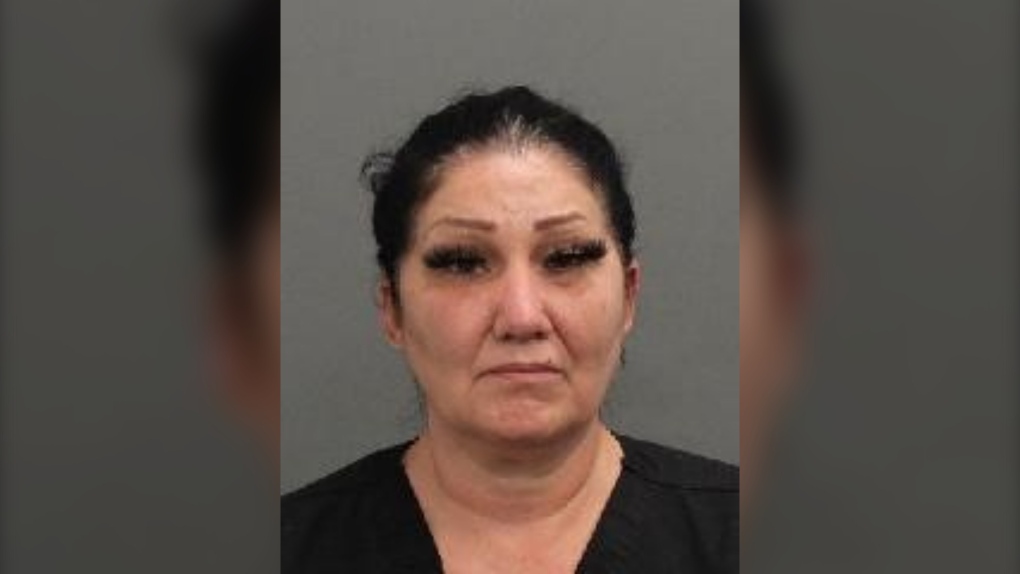 Brigitte Cleroux, 49, is accused of impersonating a nurse at an Ottawa medical and dental clinic. Ottawa police have alleged she used aliases and released her photo to aid in identifying any other places she may have worked. (Photo provided by the Ottawa Police Service)

OTTAWA -- The Ottawa Police Service has laid several charges against a 49-year-old Gatineau, Que. woman whom they accuse of working as a nurse under false pretenses at an Ottawa medical and dental clinic.

In a release Wednesday morning, police said some of the woman's duties included administrating medication and injections to patients.

The accused, identified as Brigitte Cleroux, was arrested Aug. 23 and first appeared in court a day later. She is charged with obtaining by false pretense, uttering a forged document, personation to gain advantage, assault with a weapon, and criminal negligence causing bodily harm.

Police did not identify the clinic where she worked but said she "used aliases and assumed the identities of registered nurses that she fraudulently obtained." As such, the police service believes there may be other clinics and patients involved.

None of the charges have been proven in court.

The OPS released Cleroux's photo to aid in identifying her. Police did not reveal any of the aliases she allegedly used.

Anyone with information about this matter is asked to call the Ottawa Police Service East Criminal Investigation Section Tip Line at 613-236-1222, extension 5625. Public tips can also be sent by e-mail to mcm@ottawapolice.ca.