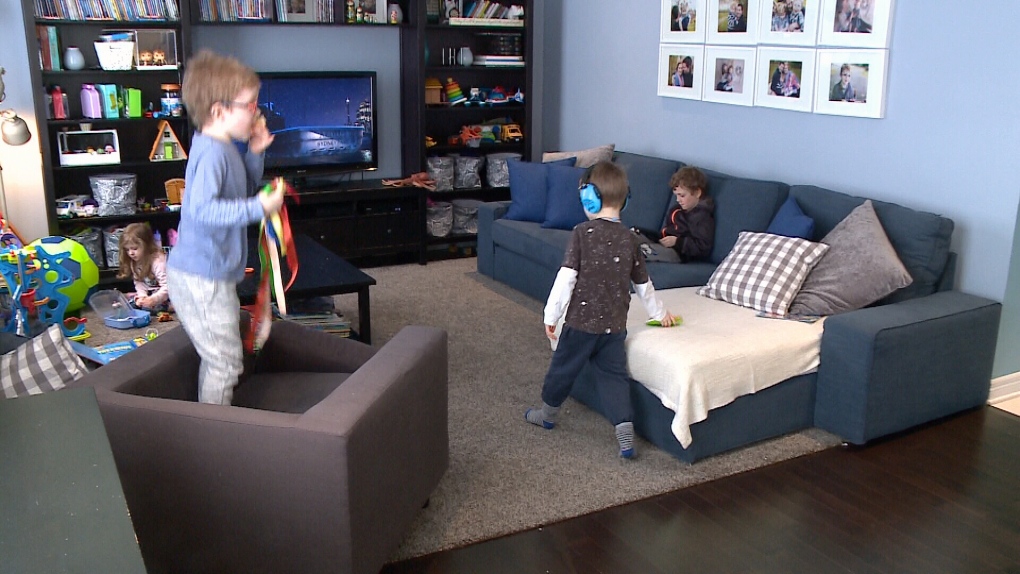 Parents of kids with autism critical of new funds.

The Ontario government says school boards will get about $12 thousand dollars for every new student with autism heading into the classroom this spring.

Education Minister Lisa Thompson promised that money will help with the transition from therapy to school. But parents and teachers' unions aren't convinced.

The clock is ticking to April 1st.  That's when the new autism funding program kicks in. Many parents say they won't be able to afford intensive therapy for their kids but they're not convinced the school system can help their children learn or even keep them safe.

These are troubling times for parents like Rhonda Allaby-Glass.  Her 9-year-old son Quinn needs full-time therapy but, without proper funding, their options are slim.

“Our kids can't go to school April 1st,” she says, “My son has a hard time when the box of Kraft dinner changes its label. But suddenly he's supposed to go from being in therapy half days to going to school every day?”

Ontario's Education Minister announced that help is on the way.

“I am pleased to announce additional resources for students with autism as well as their families,” Thompson told a conference in Ottawa.

Lisa Thompson says school boards will receive an average of $12,300 for each new student with autism entering the classroom along with extra training for teachers. The government will subsidize an ASD-specific course for teachers and increase training for new teachers in support of students with Autism Spectrum Disorder (ASD).  As well, the province wants school boards to set aside a PD day to look at ways to support students with ASD.

“We have to get it right for our students,” Thomson said, “their families and our educators.”

But parents of children with autism say the government missed the mark entirely. And their children will pay the price.

“It’s laughable to be honest,” Kerry Monaghan said.  Monaghan has two children on the autism spectrum. Her son Jack is fully funded but Monaghan says that level of funding is ending April 1st.

“My son, once his contract is up, he'll be entering school system,” she said, “He is a flight risk.  He's nonverbal, he's not toilet trained.”

Emily Sheridan says her family is in the same position with 5-year-old Oliver, “The teachers and other staff have a classroom of 30 kids.  This can't be on them, especially with children as severe as Oliver.”

The school boards in Ottawa are still trying to figure out what this all means.  They welcome any additional training or funding but at this point in time have no idea how many more students with autism they're going to be seeing in their classrooms and whether that money will meet their needs.

“It's not fair to their students,” she says, “Everyone recognizes that and I think the government should be listening to these parents and dealing with the situation.  They’ve created a crisis and are just downloading it on the educational system.”

Parents point out it's no coincidence this announcement was made on the first day of March Break.

School boards are scrambling to understand the impact of all this and will work with the Ministry after the break to put a plan in place.