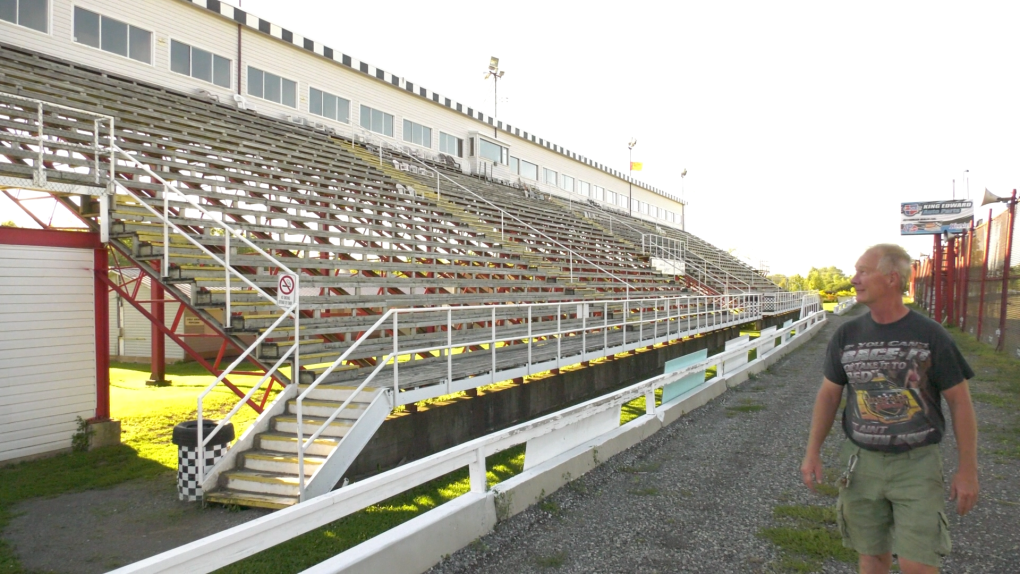 BROCKVILLE, ONT. -- Racing facilities across the province are pushing the government to let them allow more spectators to attend races.

Ontario motorsports promoters, headed by Brighton Speedway owner Mark Rinaldi, submitted a 10-page proposal to the provincial government on July 17, describing how their facilities could operate safely with more than 100 fans in the grandstands.

"We just don't feel a hard cap of 100 people makes sense, especially when other facilities including beaches, parks other recreational facilities such as Marineland are being allowed to open up based on the size of their facilities, yet we're still limited to 100 people," said Rinaldi from his home office in Brighton.

The proposal asks for permission to allow a percentage of total grandstand capacity at racing facilities.

"I feel that the government has been slow to react. It's not like it's a huge complicated plan. There are other people who have successfully got their plans approved and if those other people's plans are successful, then why not share those plans with us and let them adapt their plans to our facilities?" Rinaldi said.

"This facility will hold over 3,000 people. We did a mathematical layout with the seating and we could hold almost 1,100 people spaced out at six feet apart so 100 people is just not even realistic," Kirkland said. "We actually have five entrances into the property, so we could quite easily facilitate people coming into each gate being 6 feet apart and then go to an assigned seat and stay 6 feet apart." 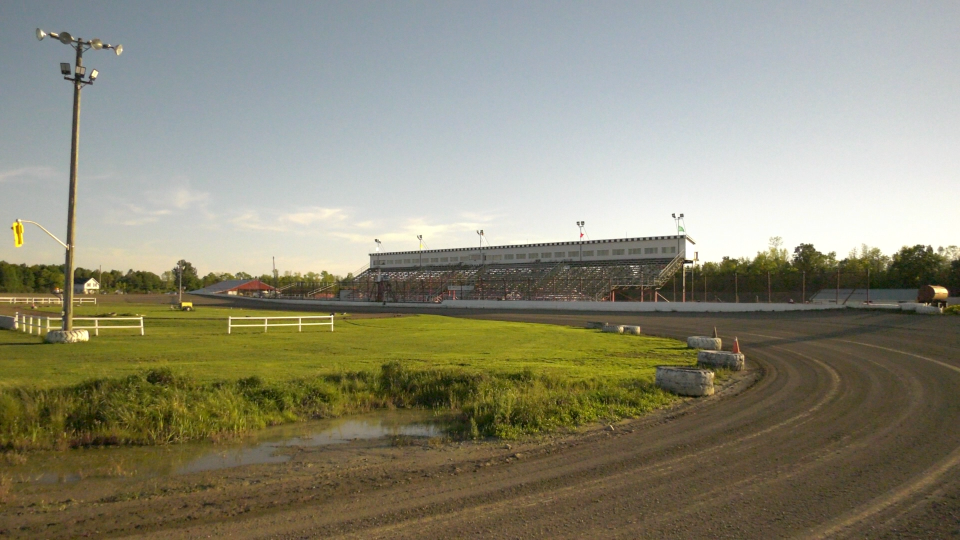 Rinaldi also noted that with such a small number of fans, revenue earned by each facility has been minimal.

"All the tracks across Ontario are paying significant property taxes and other taxes just to keep the facility there and those taxes are based on our facilities generating revenue and we've not been allowed to generate revenue," Rinaldi said. At the end of July we (Brighton Speedway) were down about $430,000 in total revenue and expect to be down to about $1.1 million by the end of the year. Industry wide, we're easily into the $100-million range."

CTV News reached out to Leeds-Grenville-Thousand Islands and Rideau Lakes MPP Steve Clark, who offered a brief statement on the situation.

"I have been a proponent in ensuring the comprehensive proposal put forward by Ontario Motorsports to safely increase attendance is being given full consideration by our government," the statement said. "I will continue to be a strong voice advocating for this important rural business in my riding throughout the pandemic." 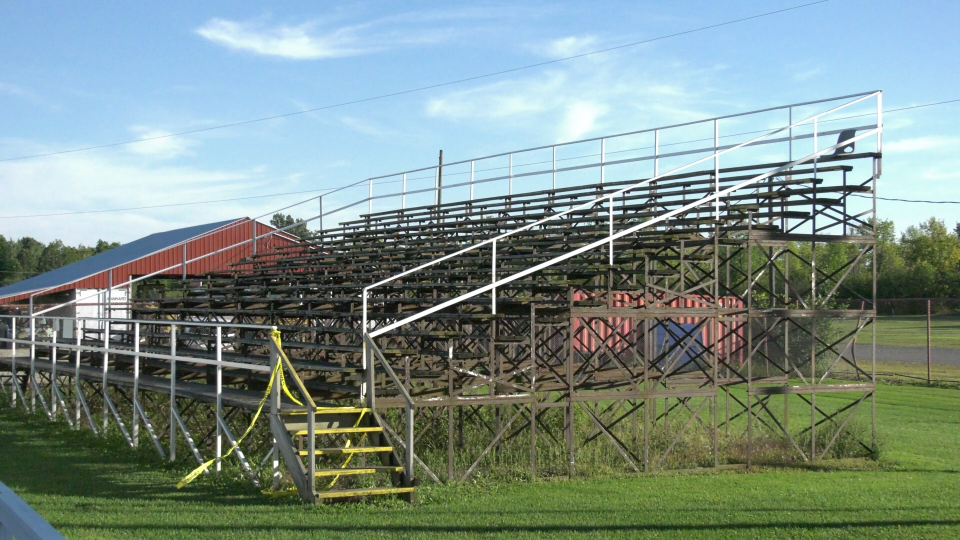 Promoters are also worried that fans and racers have now moved onto other hobbies, and might not come back.

"You've got fans that have missed a whole season. They've either gone camping or taken up another hobby and if that hobby is something that they really enjoy, then racing now becomes a has-been or a maybe-next-time kind of thing," said Rinaldi.

"People have gone and found other things to do," added Kirkland. "Whether it's stay home and work on their house, or go to the cottage, or buy campers or boats or whatever. Race car teams have also been selling out and buying other stuff."

"That's why I and all the other tracks started running races without fans, to keep the racers engaged," said Rinaldi. "They've got thousands of dollars tied up in their hobby and their not using their hobby, and maybe they're going to go find somewhere else to spend their money."

The real struggle, Rinaldi says, is what the long-term impacts will be for promoters along with the racers.

"We hope that everything bounces back as quick as possible but it's hard to say. You know, people get out of the sport for a year or two and then it could be tough to get the momentum going that we had prior to COVID," Rinaldi said.

"We'll be three to five years to recover from all of this," added Kirkland. "It's just crippled our business and we'll be a long time rebuilding."

Both promoters said they are still receiving many emails from fans looking to support the tracks.

"We reply to them and tell them to write your local MPPs and keep trying to put pressure on the government as much as possible," Rinaldi said. "This current 100-fan rule certainly doesn't pass the common sense rule when you think about all the other stuff they are letting open up and we're not able to."