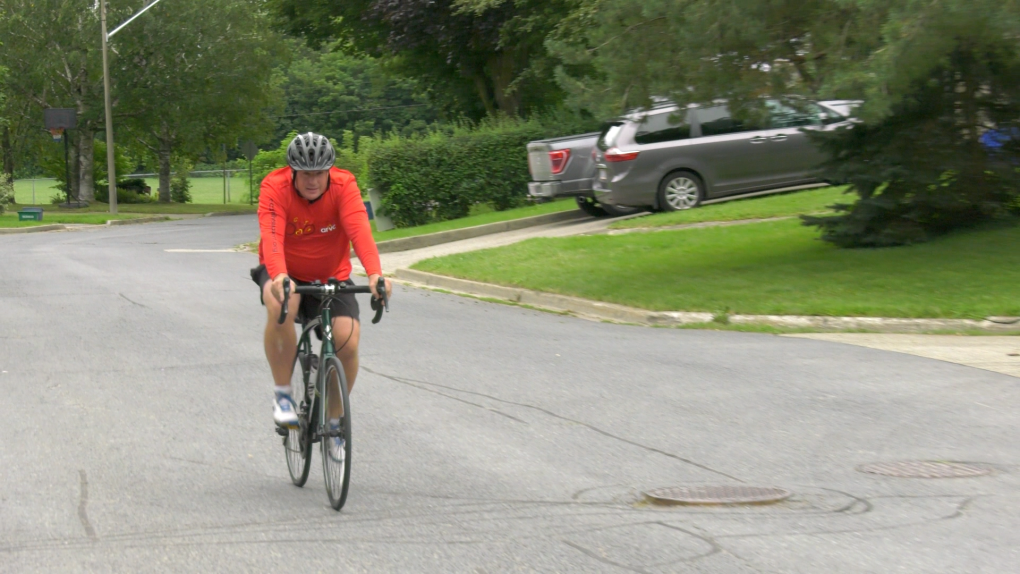 BROCKVILLE, ONT. -- An Ontario man will begin his bike ride across the country on Aug. 27 to raise awareness for Arrhythmogenic Right Ventricular Cardiomyopathy, or ARVC.

Adam Hoerdt says the disease of the heart muscle has affected members of his family, including his children. He also lost his wife to the disease 20 years ago.

"My 23-year-old son is in a vegetative state and I retired early because this is all I can do to help my family, and many others," Hoerdt told CTV News Ottawa on Thursday.

"In 2001 we lost Jackie, and it wasn't until 2018 that we learned why. That's because my son had his first cardiac arrest and the amount of education that this, the experts around the world are working on this disease, the amount of information they've learned since 2018 is unbelievable," Hoerdt added.

"We just want to continue to push that forward and continue to learn more so that other people don't have to endure what we have."

Hoerdt is on his way to St. John's, Newfoundland, where he will begin a 3,500-kilometre ride back to Ontario.

"We were hoping to go coast-to-coast, but we got 'COVIDed' just like many other great things happening across the world," Hoerdt said. "On Oct. 11, Thanksgiving Monday, we'll be arriving in Waterloo, Ontario and then the following May we will pickup and drive out west and I'll do the western 60 per cent of the country." 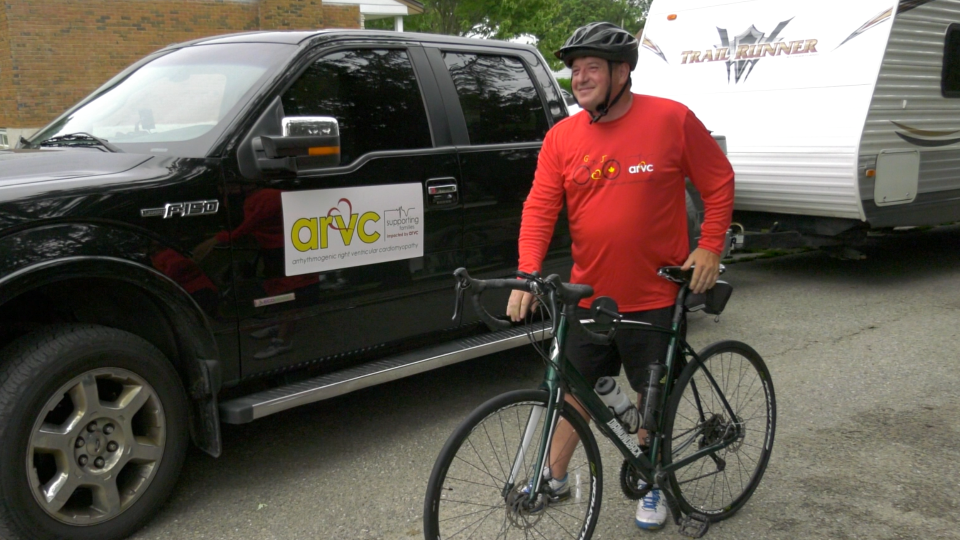 ARVC is an inherited disease of the heart muscle that can cause cardiac arrest at any time.

"It's not well known and yet it's probably way more prevalent than many of us believe," Hoerdt said. "It's a disease that unfortunately the first signs, too often than not (are) sudden cardiac arrest in older youth or young adults, and up until very recently there had been no explanation for such deaths."

"It happens to people who are often high-performance, endurance athletes. We're hearing all the time about the hockey player that drops in the rink, we just learned about the young Danish soccer player, there is a very good chance that ARVC was the cause of many of those cases," Hoerdt said.

Hoerdt plans on visiting with people and doctors along the route, discussing ARVC and asking for donations.

"The best support we could have is just to share our story," he said. "The response we've had in kicking off for the ride which starts a week from tomorrow has been unbelievable."

A GoFundMe page has been set up for the ride and you can follow Hoerdt's journey on his website.