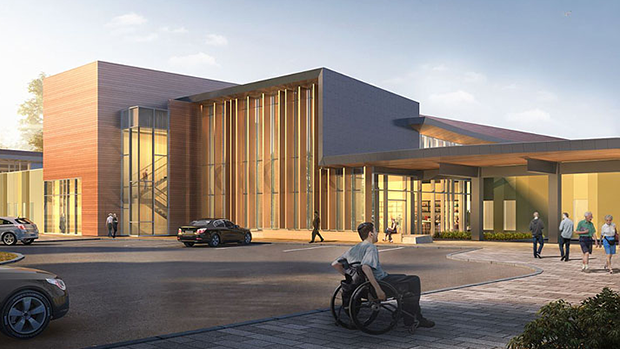 Artist's depiction of how health hub will look. 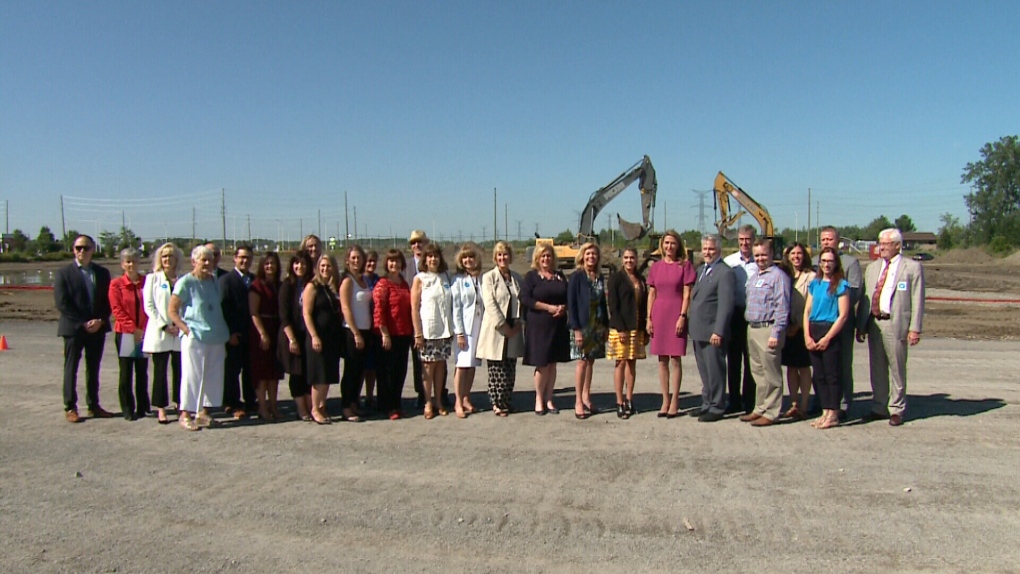 After a decade of hoping and planning, Orléans is finally getting its health hub.

Ontario's Health Minister today committed up to $75-million dollars to make this integrated model of care a reality.  The Orléans Health Hub will be located at Brian Coburn Boulevard and Mer –Bleue Road.

The Montfort Hospital will play a key role in developing this health hub, which is ironic given that it was a Conservative government many years ago that tried to shut the Montfort down. It appears this story has come full circle.

And so, there is a sense of relief and perhaps disbelief as the President of the Montfort Hospital talks about the fulfillment of this decade long dream.

“I'm absolutely thrilled to finally be here today,” Bernard Leduc said at a news conference at the site where Health Minister Christine Elliott announced funding for the health hub.

The construction of the hub, with bilingual services will help feed the growing health needs of our region's burgeoning and very francophone east end.

“Such a wonderful project,” Minister Elliott said at the news conference.

It is a project that would have perhaps been unheard of in the days of former Conservative Premier Mike Harris who wanted to shutter the Montfort Hospital, saved only through a powerful grassroots movement called SOS Montfort, led in part by lawyer Ron Caza who was at today's announcement.

“Today, the message Conservative government sent to everyone in Ontario,” Caza said in an interview, “by confirming they will finance this project and that they're behind it, they're sending the same message which is (for Francophones) to continue making efforts to preserve your language and culture.”

“We recognize the incredible value that Montfort and other hospitals provide with this service,” Elliott said when asked about previous plans to close the Montfort, “We are transforming our health care system so that it is integrated and will provide services that all Ontarians need.”

This integrated model of care will be the first of its kind in Ontario.  A decade of planning has gone into the blueprint and it could serve as a template for other hubs.

The Health Hub will bring together non-emergency services from 3 hospitals and 4 community service providers, all in a bilingual environment, offering, for instance, clinics in dermatology, pediatrics and orthopedics, mental health services and seniors' day programs.

Melanie Potvin is the director of the project with the Montfort Hospital, “It's really taking services outside of hospital that don’t need to be there and bringing them closer to community services so that one person can access services under one roof.”

Construction on the Health Hub is expected to be finished by 2021 and it will open for business that summer.

The Ontario government is investing $75 million but this project will cost a lot more than that.  The Montfort says look for a fundraising campaign to begin soon.