A funeral service was held Thursday south of Ottawa for a former RCMP officer who retired nearly five decades ago. Along with him, a unique part of RCMP history was also laid to rest.

At the small St. Cecilia Roman Catholic Church in Iroquois, Ont., a large legacy remembered, after retired RCMP Sgt. George William (Bill) Fridgen passed away on May 11 at the age of 105.

"One-hundred and five years, that many times around the sun, oh my goodness," Fridgen's grandson Phill Snel said.

Fridgen's career with the RCMP took him through three provinces from 1941 to 1974, but it was his badge number that made him a sort of celebrity.

"He's confirmed to be the oldest living veteran until he passed away, but he also had a very old service number, 13967, beginning with a one," Snel said.

His grandson noted Fridgen would draw a crowd of on-duty RCMP officers when he would visit Parliament Hill, being known as a 'One'.

"Now they start with a six," Snel said. "So to give you some perspective, over something like, 50,000 police officers have gone through the RCMP since that time. It's an incredible number."

"There was an email sent when dad turned 100," Fridgen's daughter Lynda Turner remembered. "This RCMP constable wrote, 'I have the exact same number as you do, but I have a 5 instead of a one.'" 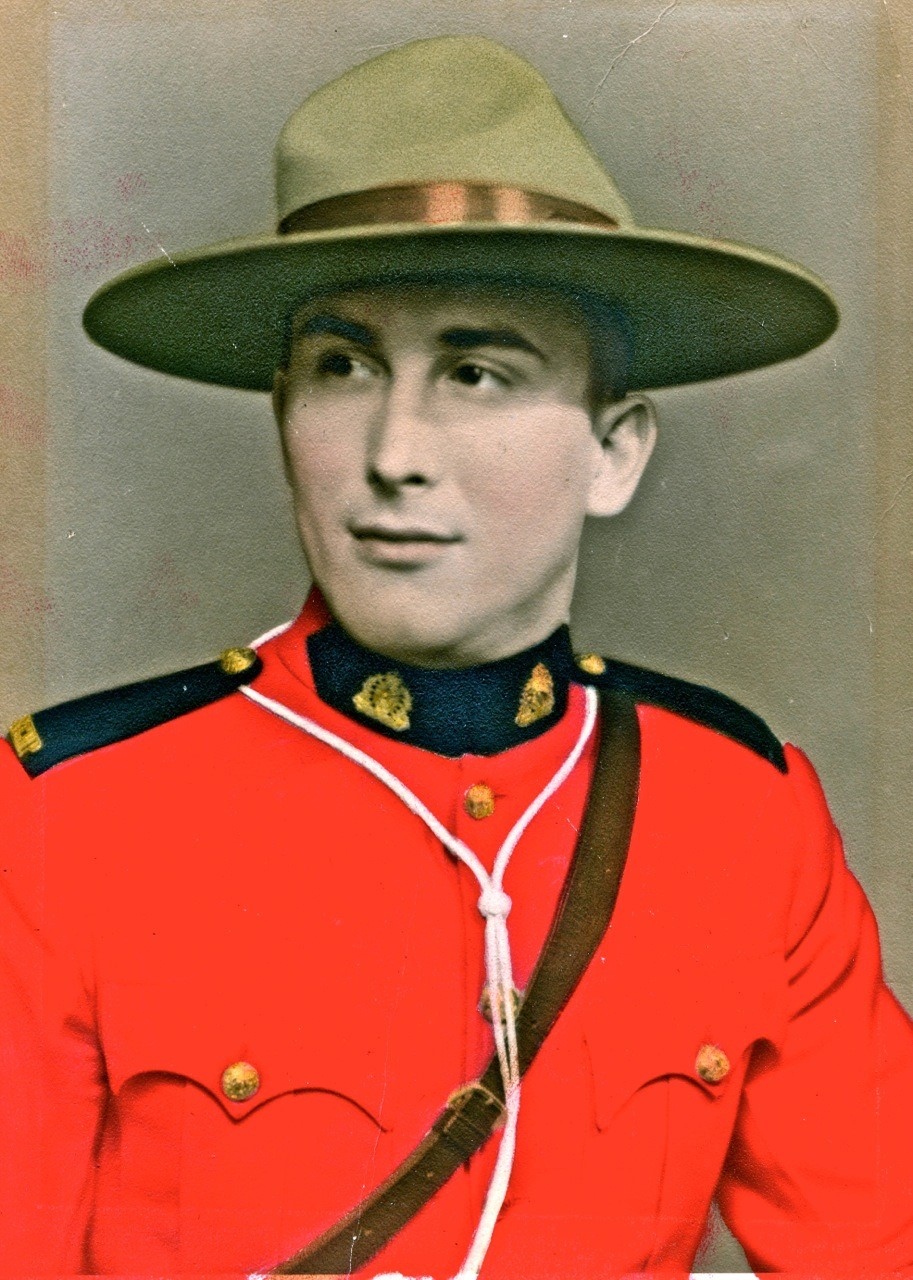 His service on Thursday was celebrated by an RCMP honour guard with full flags and decorations. Senator and former RCMP commissioner Bev Busson also read a statement of memoriam for Fridgen in the senate on May 19.

"(He had) such a rich life, a wonderful man, pillar of the community," Snel said. "He's done so much for the community here but also through his life of service with the RCMP and his brief career with the Royal Canadian Navy."

Fridgen moved to the Iroquois area in the mid-70s and settled on a farm, still mobile and spry up until he passed.

He even bought a new car at the age of 96, surprising the salesman at the dealership.

"They said, 'How long of a lease would you like sir?' because he was pretty old, and he said give me a four year lease, that will take me to 100," Snel smiled.

"So at 100, he got to go back and buyout his lease and in fact on his 100th birthday he drove me to his own birthday party," he added.

"He drove until after he was 100 years old," his daughter said, but had to give up his licence shortly after.

"He was aware that he was forgetting, all of the sudden 'Where am I? Why am I here?'' Turner said. "I mean people my age have that feeling sometimes!" 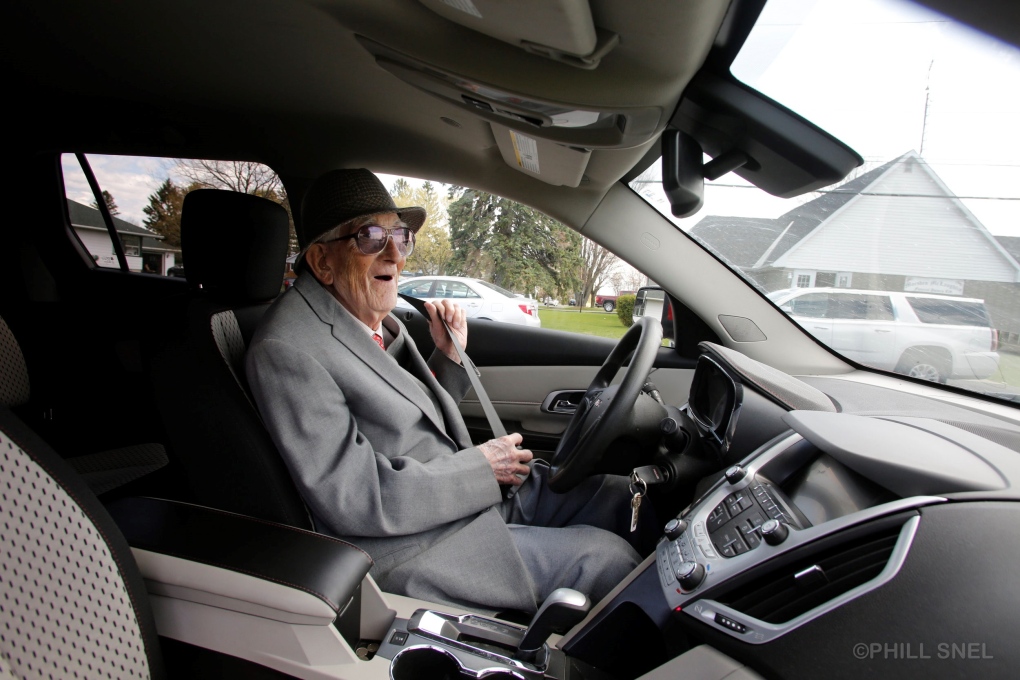 Brill Fridgen driving his grandson to his 100th birthday party in his car. (Courtesy: Phill Snel)

The family says they will continue to share the multiple stories he loved to tell, like the time he and his partner busted some moonshiners in PEI.

"His partner nervously crept up from the grass with his gun and said 'OK jigs, the boys is up!'" Snel laughed. "He was so excited he mixed it up!"

Snel noted he also had encounters with royalty and world leaders, including U.S. President Dwight Eisenhower in what turned out to be a black op secret assignment.

"(It was) to guard the president overnight on a fishing trip, plain clothes, unarmed, in a lake in Québec," Snel said. "Grampa had never been able to find written proof that that had happened, so if anybody has grandparents who remembers seeing the U.S. president and an RCMP float plane from that fishing trip, reach out, that would be great to hear!"

Turner says he will be remembered as a great family man, and community pillar.

"After he had passed away, one of the nurses at St. Lawrence Lodge said, 'Was he a good parent?', and I said yes definitely, he was a good parent," his daughter said.

"It's sad, but we're here to celebrate such a long life," Snel added. "Blessed with such a great life of good health, wonderful family and really, it's an amazing celebration of life today."

The campaign for Patrick Brown said it was consulting its legal team after the leadership election organizing committee of the federal Conservatives voted to disqualify him from the race late Tuesday.