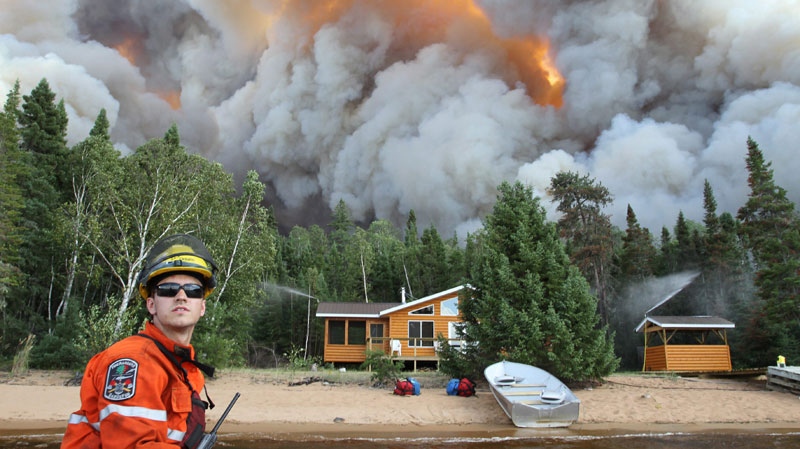 THUNDER BAY, Ont. - It's a record year for forest fires in northwestern Ontario.

A 50-year-old record for hectares burned in a fire season has fallen.

With more than two months left in the current season, 706 fires have charred 622,029 hectares.

As of Monday, there were 76 active forest fires in the region, involving an area of 603,628 hectares.

"The significance of that is that the area burned has surpassed the highest number in 50 years of hectares burned," Ministry of Natural Resources fire information officer Deb MacLean said Monday.

MacLean also noted that 24 new fires were reported over the weekend.