North Pole Express back on track in Smiths Falls

SMITHS FALLS, ONT. -- After a one-year hiatus, the North Pole Express was once again chugging along the tracks in Smiths Falls at the Railway Museum of Eastern Ontario on Saturday.

"It feels very good," said Tony Humphrey from the museum.

"The bank accounts have been depleted; we'll put it that way. It's been a long go," Humphrey added, saying the pandemic has limited the number of visitors the museum has seen over the year.

"Santa's in here, there's a gift shop, we have some exhibits you can also look at and we also have some people selling their Christmas crafts," added Humphrey.

The event runs every Saturday for the next three weeks, and it is been so popular that tickets sold out almost immediately.

"We were shocked," said Humphrey. "From the first day they started to go and within a week we were sold out for the first week. We have put on an extra run today because I hate to say no to kids. I want to make everybody happy! People have been missing it." 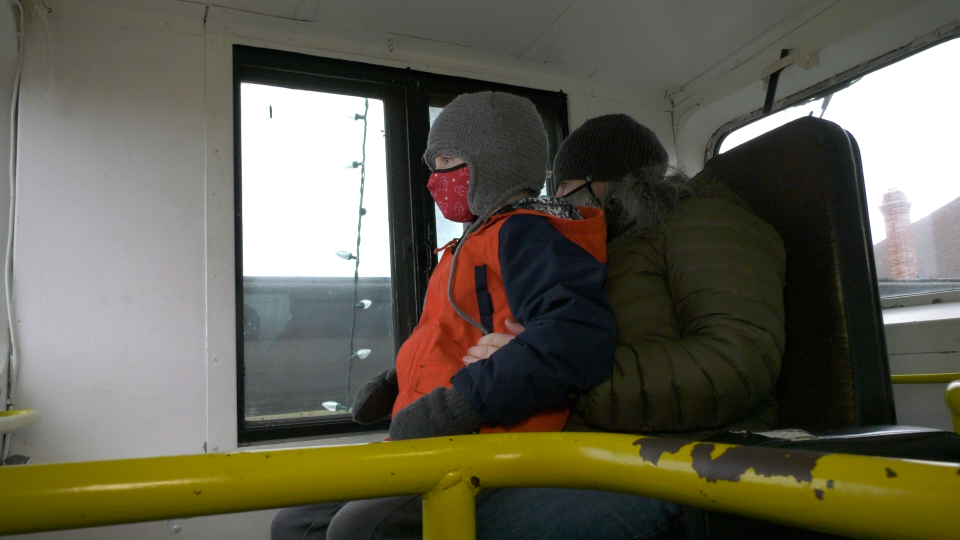 The Weir family from Stittsville was one of the first families to arrive on Saturday.

"To start our Christmas spirit, we thought this would be a nice thing to do since we've been stuck at home for the last two years with COVID," said Karen Weir with her son Keenan, who is obsessed with trains.

"He just asked Santa for more train tracks for his Polar Express that he got last year, so he loves trains," she said.

Limited to 10 people in the caboose, the ride lasts around 20 minutes and shuffles around the museum yard.

Kids enjoying the experience, and also getting to meet Santa when they return to the station.

"The trip was good," said Keenan. "I liked the elf who was on board."

Children could also send Santa-grams to the North Pole via telegraph for all their Christmas wishes.

"Mostly they are very wide-eyed because it's something that direct communication to the North Pole and it happens once a year," said telegraph operator Graeme Roy. "We only have the line active for that day that we have the train rides for the North Pole."

"The children are very astounded that this was a means of communications in Canada from essentially the 1840s until the 1970s," Roy added. 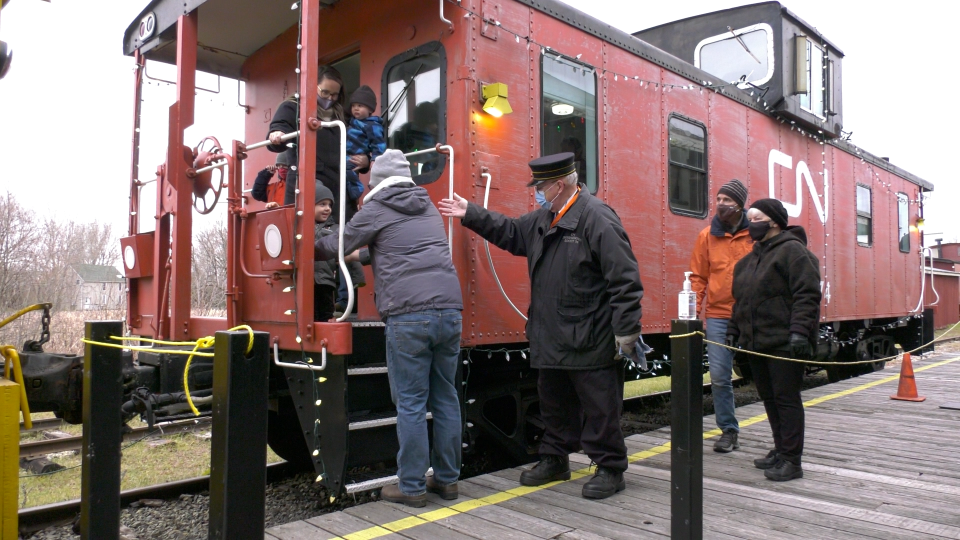 Humphrey, acting train engineer for the day, says he's not ruling out adding a fourth week to the schedule because of the demand.

"We're just going to have a look at the forecast," he said. "We got our fingers crossed we are going to do the fourth week."

"I'll be very blunt; this event is going to help us get through the winter. We have our fixed costs, taxes, insurance, hydro, they don't take COVID relief," Humphrey added.

Humphrey says to keep an eye out on the museums Facebook page if tickets will go on sale for a fourth week, or keep checking their website.