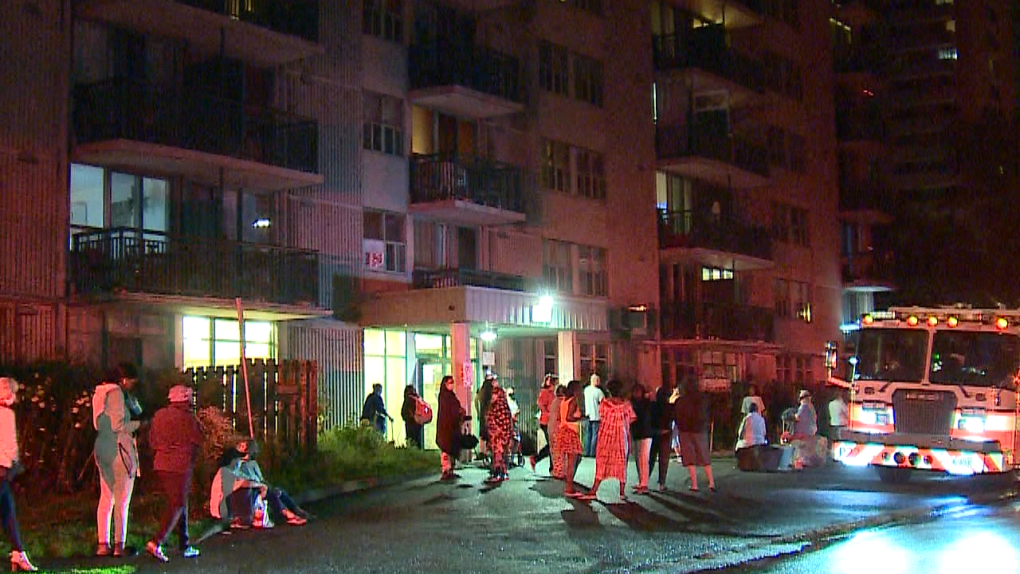 Residents of the high-rise building at 2651 Regina St. are seen outside after firefighters received several 911 calls reporting smoke in several parts of the building at around 10:20 p.m. on Sunday, Aug. 2, 2020.

OTTAWA -- No one has been reported hurt after a fire in an Ottawa Community Housing high rise in the Britannia area Sunday night.

In a press release, Ottawa Fire Services said firefighters received several 911 calls from 2651 Regina St. at around 10:20 p.m. reporting smoke in several parts of the building.

The source of the smoke was some furniture burning in a stairwell.

After getting the fire under control, fire crews ventilated the building to allow residents to safely return.

What started the fire is under investigation.